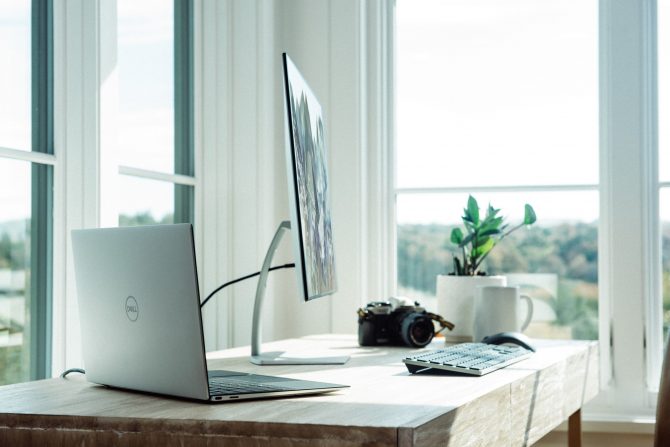 I recently met up with a friend from out of town who works as a mid-level manager at Goldman Sachs. Since we hadn’t seen each other in a while, we chatted a bit about our current work situations.

He explained that he typically worked from 7AM to 5PM each day through the week and occasionally had to jump on phone calls in the evenings with co-workers in Asia.

I then shared how I usually work for about five hours each day from 8AM to 1PM.

He was shocked. “How can you get everything done in just five hours and make significant progress on your businesses?”

I used the following analogy to get my point across: When I worked in Corporate America, I typically had to be in the office for around 9 hours per day but I wasn’t actually doing significant work during each of those hours. It was more like:

That’s it. I don’t have any team members to email, no bosses to meet with, no administrative/HR tasks to get done, and no co-workers to chat with.

I’m able to make significant progress on my businesses with a shorter workday simply because I spend my time only doing things that move the needle.

I spend no time commuting, no time in meetings, no time providing project updates to my superiors, and no time emailing back and forth with people.

In 1930, the economist John Maynard Keynes made the prediction that most people would only work an average of 15 hours per week by the end of the 20th century.

Despite the rapid advancement of technology, innovation, and machines, most people still adhere to 8-hour workdays.

In the book Bullshit Jobs, author David Graeber argues that a major reason people still “work” such long hours is because they have a bullshit job.

Graeber defines a BS job as:

“A a form of paid employment that is so completely pointless, unnecessary, or pernicious that even the employee cannot justify its existence even though, as part of the conditions of employment, the employee feels obliged to pretend that this is not the case.”

He goes on to say:

“Hell is a collection of individuals who are spending the bulk of their time working on a task they don’t like and are not particularly good at.”

Although Graeber doesn’t provide an exhaustive list of which jobs are BS jobs, he basically poses this question to people:

If your job disappeared tomorrow, would the world be a better or worse place? Going one step further, would anyone even notice it was gone?

When asked this question, a mind-boggling 40% of people say that if their job did disappear tomorrow, no one would notice it had gone.

Worse yet, some people even feel that the world would actually be a better place if their job disappeared.

This point is proven perfectly by the top review for the book on Amazon, which starts with the following paragraph:

“This review was written at the desk of a salaried office job, where I am paid $65,000/yr to do virtually nothing important, so I mostly sit in my chair and listen to podcasts and audiobooks all day. I do this until enough executives and managers above me are gone that I can feel comfortable sneaking out. “

It’s not exactly a secret that most white collar workers don’t actually work 8 hours per day, despite being in the office for that amount of time. Unfortunately, this is the normal schedule in the modern world and most workers have to at least pretend to work for that long.

Thus, when I tell people that I work for just five hours per day it comes as a massive shock to most. But I’d argue that I get more meaningful work done in five hours compared to when I worked in Corporate America.

There’s a pervasive belief (at least in the U.S.) that a “normal” amount of time to work each day is 8-9 hours. I think that’s ridiculous and even counterproductive.

I’ve personally found that a 5-hour workday is optimal for me. Cal Newport, the author of Deep Work, happens to agree:

“I build my days around a core of carefully chosen deep work…Three to four hours a day, five days a week, of uninterrupted and carefully directed concentration, it turns out, can produce a lot of valuable output.”

Newport defines deep work as work that has the following properties:

This type of work requires long stretches of unbroken concentration and focus. Thus, it makes sense that the max amount of time you can spend on this type of work each day tends to be about three to five hours.

Productivity researcher Anders Ericsson has also found that many of the top performers in various fields seem to max out at three to four hours per day of deep work.

He notes that financially independent writers “tend to write only 4 hours per day, leaving the rest of the day for rest and recuperation.”

He also found that the top violinists at a prestigious music college practiced, on average, 3.5 hours per day. Check out his paper on Deliberate Practice if you’re interested in the details behind his research.

For me, quitting my job has given me the freedom to make significant progress on my businesses, despite working for just five hours per day.

My productivity has skyrocketed since I no longer have to spend time commuting to and from work, getting ready for and unwinding from work, and spending utterly wasted time in meetings.

I can focus purely on the work itself without getting bogged down by the standard Corporate America time-sucking activities.

In the world we live in today, the 8-hour workday is outdated. That’s why I’ve chosen to embrace the 5-hour workday.