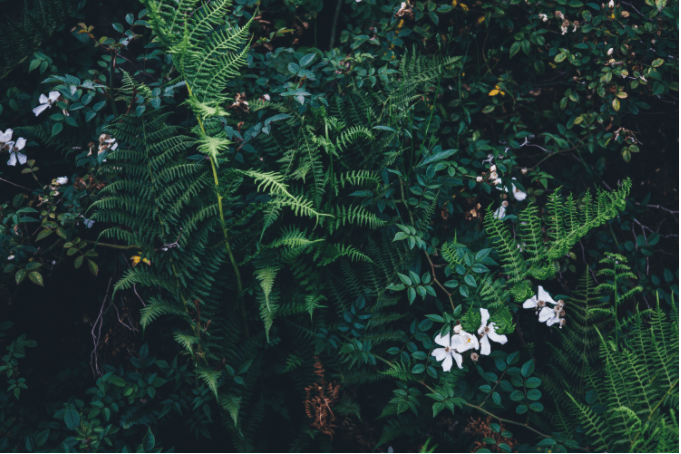 On December 19, 2007, Warren Buffett made a bet with asset management firm Protégé Partners that the S&P 500 would outperform a group of actively managed hedge funds over the following ten years.

In his recent 2017 Berkshire Hathaway Annual Letter, Buffett shared two reasons he made this bet:

1. Both Buffett and Protégé Partners invested $320,000 into a zero-coupon Treasury bond that was expected to be worth $1 million by the end of the 10-year period. Buffett agreed to give his entire $1 million to the Girls Inc. of Omaha charity.

2. In Buffett’s own words, “to publicize my conviction that my pick – a virtually cost-free investment in an unmanaged S&P 500 index fund – would, over time, deliver better results than those achieved by most investment professionals, however well-regarded and incentivized those “helpers” may be.”

Buffett went on to describe his opponent’s strategy:

“Protégé Partners, my counterparty to the bet, picked five “funds-of-funds” that it expected to overperform the S&P 500. That was not a small sample. Those five funds-of-funds in turn owned interests in more than 200 hedge funds.

Essentially, Protégé, an advisory firm that knew its way around Wall Street, selected five investment experts who, in turn, employed several hundred other investment experts, each managing his or her own hedge fund. This assemblage was an elite crew, loaded with brains, adrenaline and confidence.”

Buffett wanted to prove just how well an investment in a low-cost S&P 500 index fund could perform against the best actively managed funds on Wall Street.

Well, here we are ten years later. The results are in.

This chart, taken from the Berkshire Hathaway annual letter, shows the annual performance of the S&P 500 during this ten-year period as well as the five “fund of funds” handpicked by  Protégé:

The S&P 500 absolutely destroyed these funds as a whole.

Here’s a visual look at the performance of each of these funds over this 10-year period: 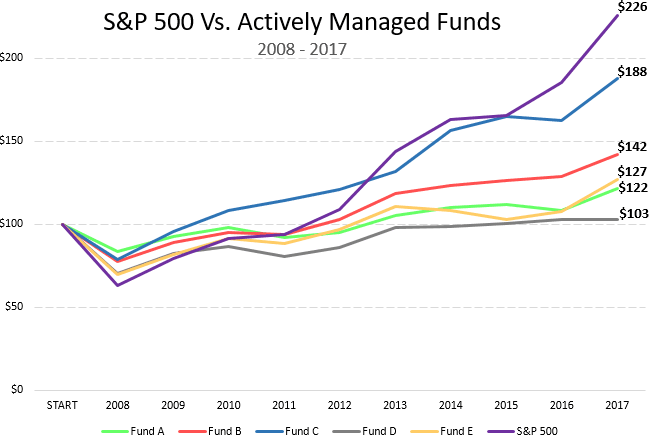 It’s interesting to see that the S&P 500 actually lagged every fund following the financial crash in 2008. But by the end of 2012, just four years later, it had already caught up to and passed every fund.

During the last five years of the bet, from 2013 through 2017, the S&P 500 just ran away from the field, becoming the only investment to at least double in value during this ten-year period.

Here’s a look at how the S&P 500 performed against the average return of these funds. 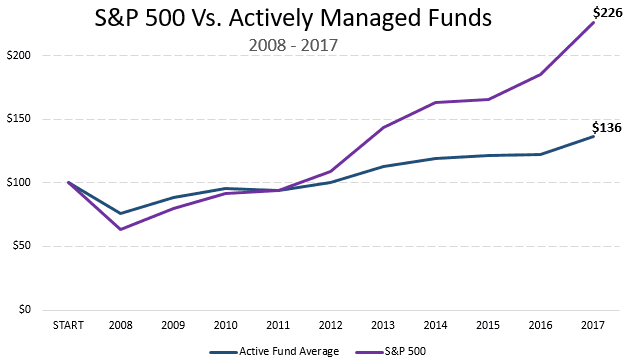 Keep in mind that these numbers don’t even take into account active management fees. Most of the “fund of funds” held hedge funds that charged 2% or higher annual fees, which would have considerably lowered real investor returns.

If we assume the fund of funds charged a 2% annual management fee and the S&P 500 fund charged a .04% annual fee (like the Vanguard S&P 500 ETF VOO), here’s how these investments would have performed during this period: 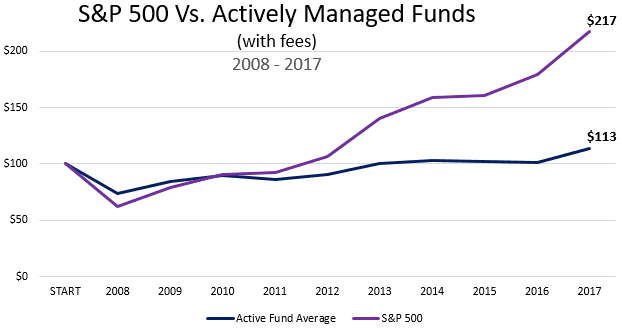 In this case, the results are even more incredible. The S&P 500 doubled the overall average return of the fund of funds.

The obvious takeaway from this bet is that it’s incredibly difficult to outperform a low-cost diversified stock market index fund like the S&P 500, especially over an extended period of time.

Part of this outperformance is due to the fact that actively managed funds often jump in and out of stocks, attempting to time the market. Even for professionals, this is incredibly hard to do and is often sub-optimal.

In Buffett’s own words,

“A final lesson from our bet: Stick with big, “easy” decisions and eschew activity. During the ten-year bet, the 200-plus hedge-fund managers that were involved almost certainly made tens of thousands of buy and sell decisions.

Most of those managers undoubtedly thought hard about their decisions, each of which they believed would prove advantageous. In the process of investing, they studied 10-Ks, interviewed managements, read trade journals and conferred with Wall Street analysts.”

Active management fees are also a killer of investment returns. Buffett highlights this point as well:

“Indeed, Wall Street “helpers” earned staggering sums. While this group prospered, however, many of their investors experienced a lost decade.

This bet serves as a nice reminder that 99% of us are better off investing in simple index funds rather than picking individual stocks, jumping in and out of the market, and paying money managers exorbitant fees who promise to deliver above-average market returns.

Why It’s So Hard To Outperform Index Funds