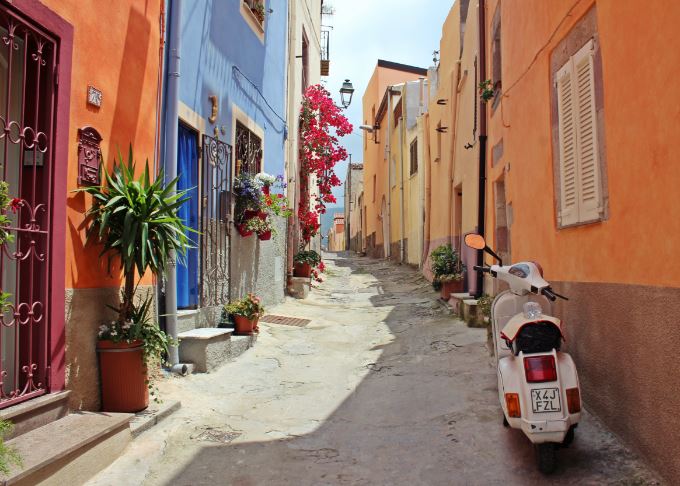 Yesterday I shared a map that shows the median household income in every U.S. county. 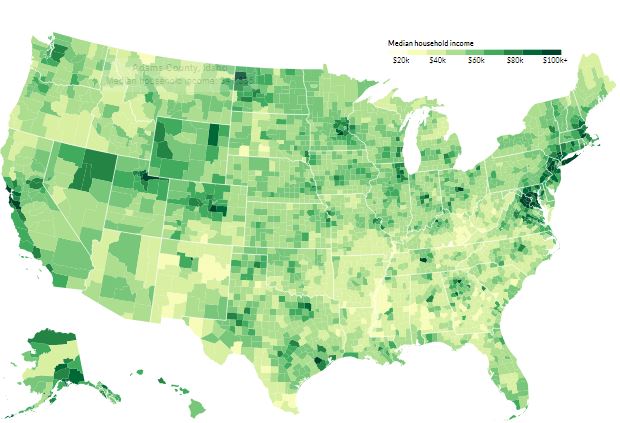 This is known as a choropleth map, which shades in regions based on some variable. In this case, the variable is median household income. Counties with darker colors have higher incomes than counties with lighter colors.

These are my favorite types of maps to make because they let you easily identify patterns and make observations. In this case, we can easily see which regions across the U.S. have high household incomes.

A couple regions pop out right away: 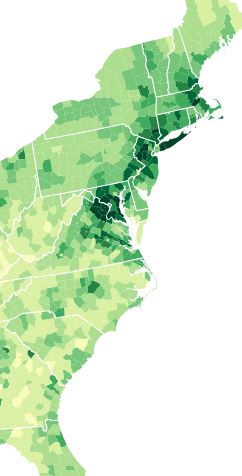 These two areas are known for their high incomes, though, so I’m more curious about the lesser known high-income areas. Here are a few I noticed:

That tiny dot in the middle of New Mexico is Los Alamos County. If you hover over it in the original map, you’ll discover that it has a median household income of $105,902. Woah.

According to Wikipedia, Los Alamos is the smallest county by area in all of New Mexico. It has a population of just over 18,000 and in 2004 a study by American City Business Journals ranked it as the best place to live in America based on the quality of life.

It turns out that this county is home to Los Alamos National Laboratory, which was originally organized during World War II for the design of nuclear weapons as part of the Manhattan Project. Today this laboratory employs a plethora of engineers and scientists, which helps explain the high median household income.

High incomes aren’t the only perk of this county, though. I dug into another map I made of average one-way commute times by county and discovered that Los Alamos was among the lowest in the nation, with an average commute of only 15.8 minutes. 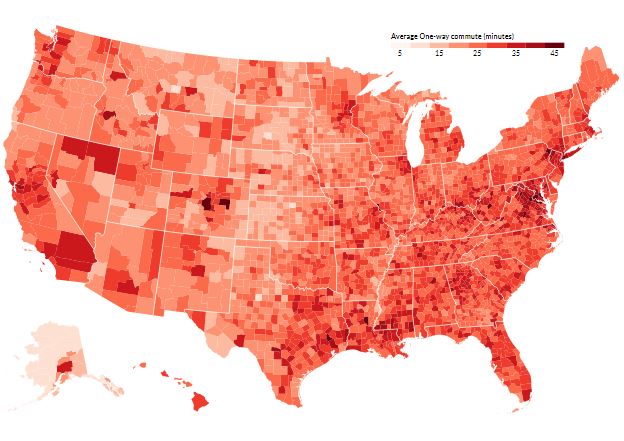 Another fairly unknown county that stood out on the map was Williams County, North Dakota which has a median household income of $90,080.

With a population of 34,000, the Census Bureau estimated that it was the second-fastest growing county in the U.S. between 2010 and 2016. The reason: Oil field jobs. 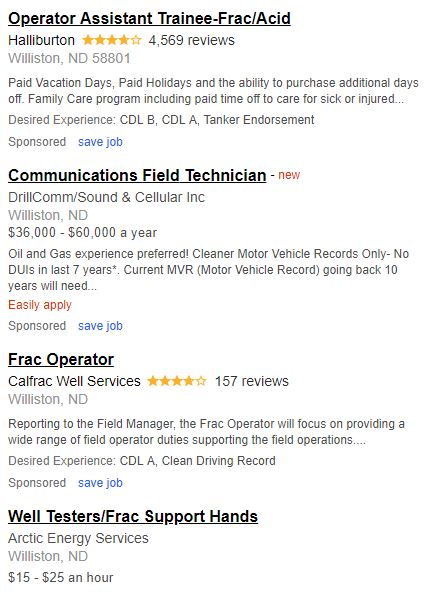 Many of these jobs do not require a college degree either. The map that shows educational attainment by county reveals that only 22.5% of individuals 25 or over have at least a bachelor’s degree in Williams County.

One more county that stood out was Bristol Bay Borough, Alaska, with a median household income of $88,000. 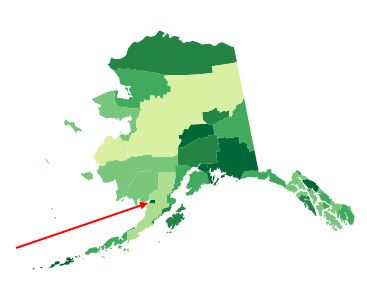 Known as the “Red Salmon Capital of the World”, it has a population of less than 900 people. It is known for its manufacturing, lumber, and fishing jobs. A quick search on Indeed reveals three current openings for manual labor/construction type jobs: 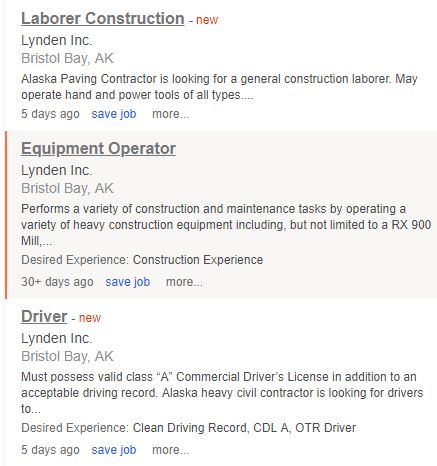 An added perk of working in this county is the incredibly low average commute time of just 9.5 minutes.

In addition, it seems to be a beautiful place to live. According to the county website:

“The main feature of the borough’s setting is the Naknek River and the cliffs bordering Kvichak Bay. At Naknek and South Naknek, where the cliffs are at their highest and the river is at its widest, the combination of the broad tidal river and the brown cliffs with their crowning greenery, present a truly striking picture.”

Feel free to explore the map further to find other obscure, little known high-income counties across the U.S. It’s fascinating to see how much you can learn with a few google searches on these counties. And who knows, perhaps you’ll find a new place that you’d like to visit or even move to.

One Reply to “Counties in the U.S. with Surprisingly High Household Incomes”