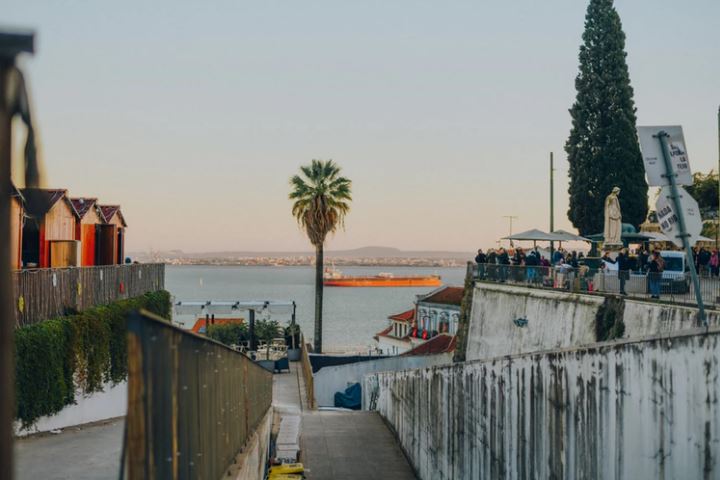 One of the most common pieces of investing advice thrown around is to start investing as young as possible, since this will ensure that you give compound interest plenty of time to work its magic and turn even modest investments into large sums.

There’s certainly some truth to this advice. Consider someone who invests $5,000 each year into the stock market and earns 7% annual returns after inflation. If this person starts investing at age 25, they’ll accumulate over $1 million by time they turn 65. However, if they wait to start investing until age 30, they’ll only accumulate $739k by age 65: 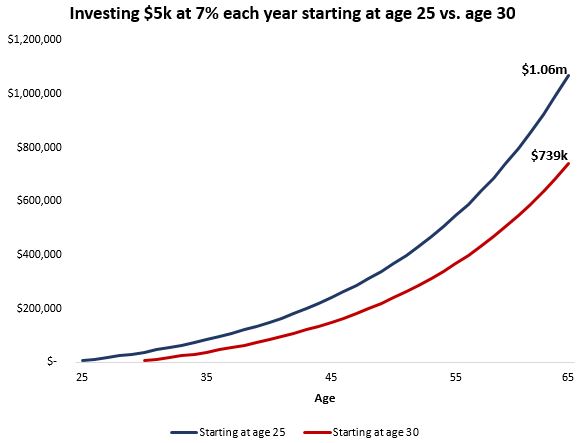 So yeah, investing as young as possible gives you the advantage of time.

But if we look a little closer at the chart, we notice something interesting: the difference between the two paths isn’t actually that stark until the later years: 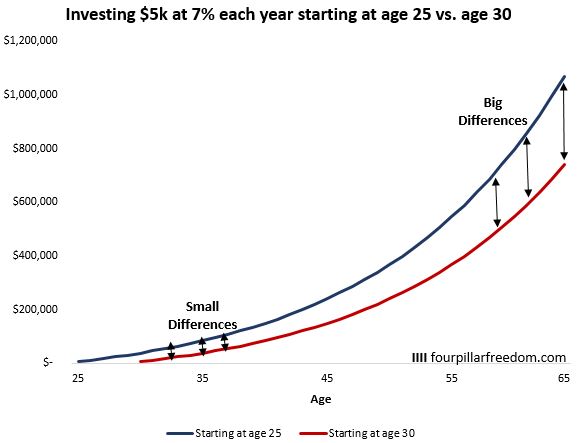 In fact, if we plot the differences between the two paths over time we can see an exponential pattern: 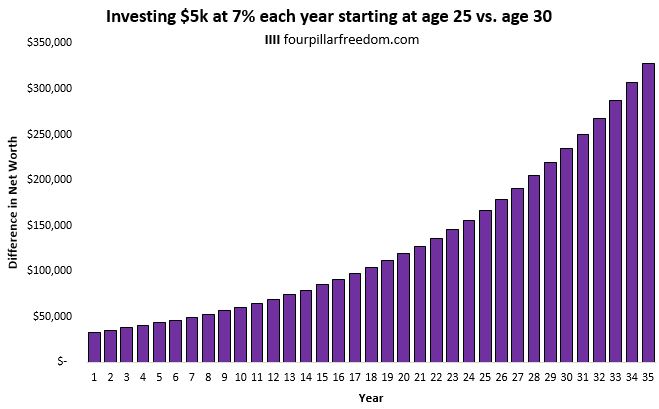 Fast forward to the last year and the difference is over $350k.

This has an important implication: It’s possible to make up for lost investment years early on with an increased contribution rate.

It turns out that person B would only need to invest $10,000 each year for 8 years until they catch up to person A. Then, they could reduce their annual investments to $5,000 each year and still end up with the same amount as person A by age 65: 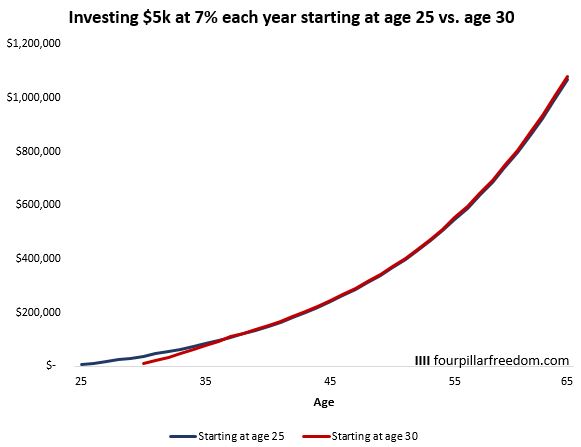 The underlying reason person B is able to catch up in just 8 years is because compound interest doesn’t flex its muscles enough for person A to pull too far ahead in the early years.

The Contributions vs. Returns calculator can help us understand this better. Consider the 13-year period during which person A invested $5k each year starting at age 25 until person B finally caught up to them at age 38. It turns out that contributions accounted for more net worth growth than investment returns did during this 13-year stretch for person A: 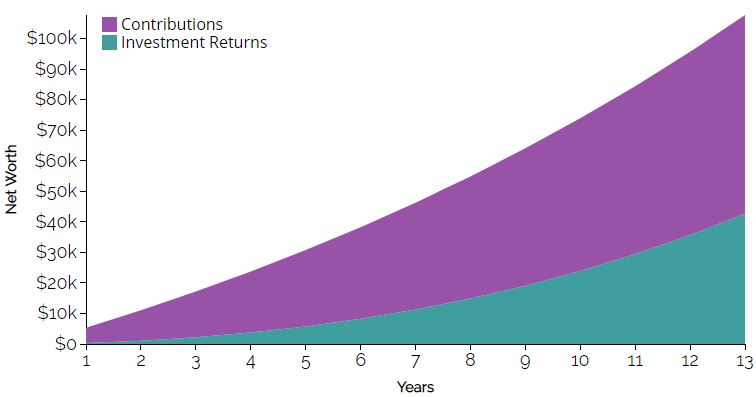 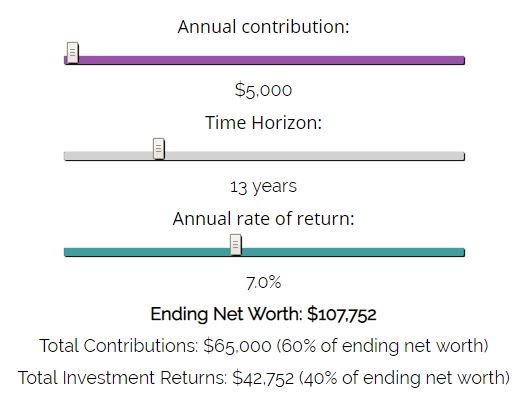 By age 38, about 60% of person A’s total net worth is composed purely of contributions. This means that contributions impact net worth the most during early years, which is why person B was able to catch up simply by contributing more.

The sooner you start investing, the more time you give compound interest to work its magic. However, it turns out that compound interest isn’t that magical until later years. This means that it’s possible to make up for lost investment years by simply increasing your contributions early on.

This is good news for anyone who spent several years getting advanced degrees and was unable to invest as early as they wanted, or for people who spent years building a business without immediate returns, or for anyone who simply had a late start to investing. Anyone who gets a late start will still be able to make up for lost time as long as they are able to contribute a high amount each year.

Of course the ideal situation would be to have a high contribution rate starting at an early age, but very few people actually earn a high income at a young age. So, don’t fret if you’re a late starter. It’s possible to make up for lost time. As the saying goes,

“The best time to start investing was yesterday. The next best time is today.”