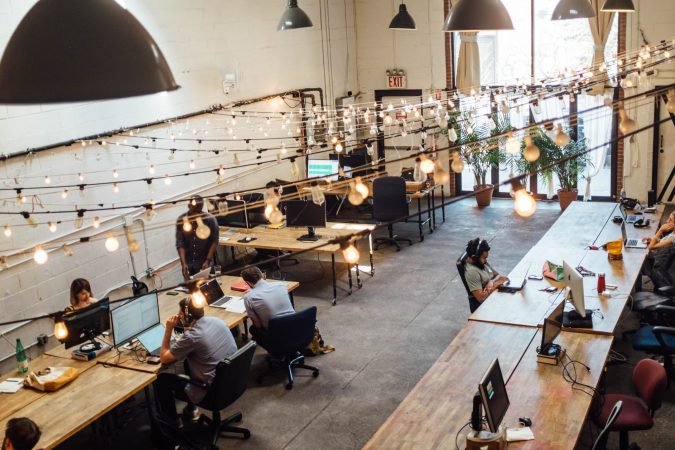 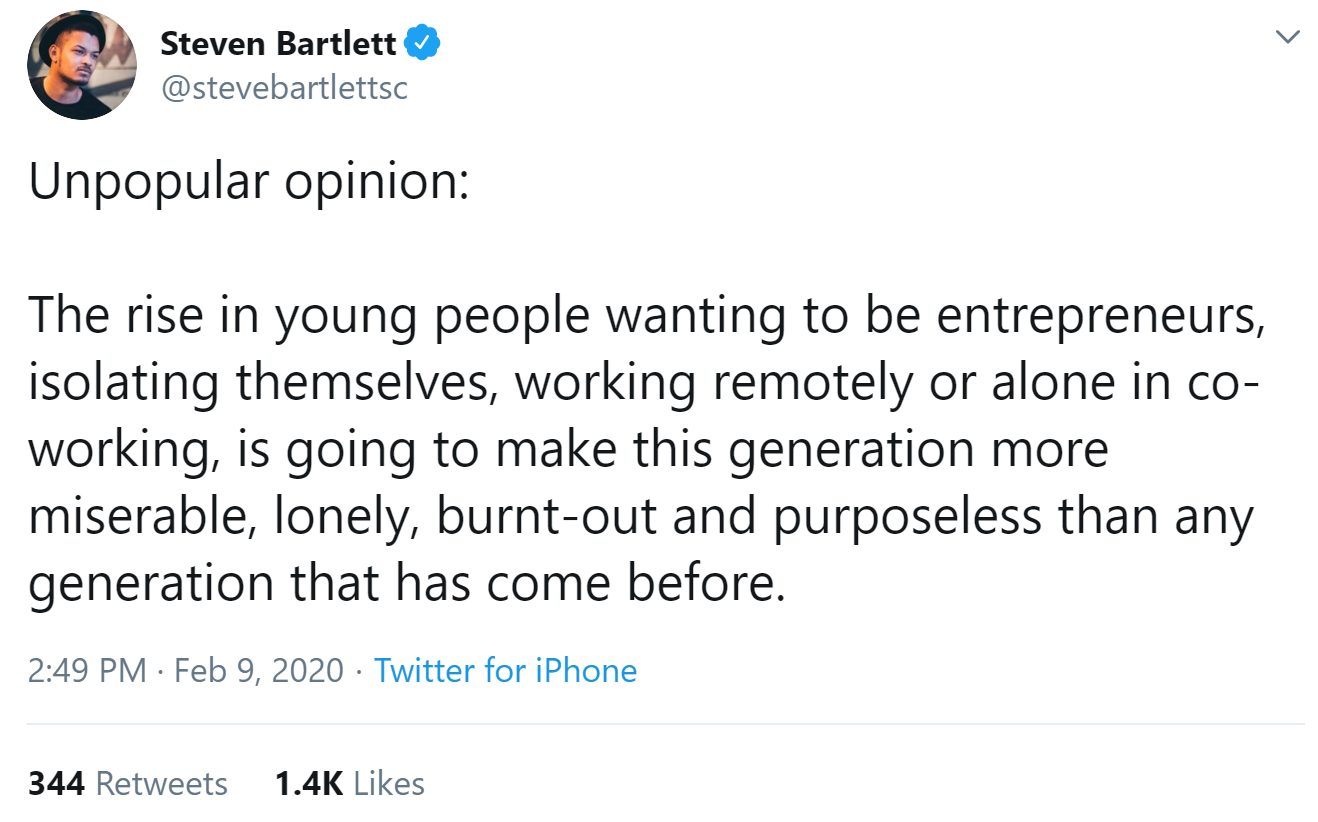 The responses to this tweet could mostly be grouped into two camps:

Whether you agree or disagree with him (it’s just his opinion, after all), it brings up an interesting question:

Can you obtain a sense of belonging and community without a traditional 9-5 job?

At a traditional job, you’re surrounded by people doing similar work as you in close proximity for 40+ hours per week. It’s easy to see how this environment can naturally lead to friendships in the workplace that can even extend to outside of the office.

Conversely, when you work in a remote role you don’t have the benefit of being physically surrounded by other people working on something similar to you. Does this make it harder to cultivate a social circle?

It’s also a question that I’ve spent a lot of time thinking about since I transitioned from working in an office to working for myself eight months ago when I quit my day job as a data scientist.

In this post, I attempt to provide some insights to this question using both my own experience and professional research done by authors and psychologists.

The Benefits of Tribes

Most of human evolution has occurred in small groups, typically referred to as tribes. Tribes offered many benefits:

Modern research has even revealed that a tight-knit community has the potential to reduce heart disease rates through enabling a low-stress lifestyle.

This is known as the Roseto Effect, named after an Italian American community in Roseto, Pennsylvania that experienced significantly lower rates of heart disease compared to the overall population, despite smoking unfiltered stogies and consuming mostly meats, cheeses, and wine.

Dr. Stewart Wolf, the man who discovered the community in 1961, attributed the lower heart disease rates to lower stress that came as a result of living in such a tight-knit, supportive community.

Susan Pinker discovered something similar in The Village Effect when she traveled to Sardinia, the island with the highest rate of centenarians (people who are 100+ years old) in the world, to find out why people were living so long.

She found that many Sardinians lived in close-knit villages where families lived in close proximity to each other and where grandparents often lived in the same house as their grandchildren.

The elderly members in the villages kept themselves busy by playing with their grandchildren, baking and cooking meals at home, and taking frequent walks around the neighborhood.

Pinker concluded that these people were living to 100+ years old at unusually high rates because they had such a strong sense of purpose, belonging, and community. This lead to lower stress along with stronger mental and physical health, which naturally resulted in longer lifespans.

The Changing Nature of Tribes

It’s clear that tribes offer many benefits. Unfortunately, modern work culture and the modern design of cities has made it harder to cultivate a tribal lifestyle. Specifically:

In short, technology has enabled office work to extend outside of the physical office and the modern design of cities has separated people from each other more than ever.

This means more people are spending their evenings decompressing from a long day of working and commuting with social media and Netflix instead of spending it cooking, playing, and conversing with friends, family, and neighbors.

And because many people have little free time and don’t live within walking distance of friends and family, it makes sense to cultivate a social circle in the workplace where you can simply interact with people who you’re already in close proximity with for 40+ hours per week.

While 9-5 jobs offer a natural environment for cultivating a social circle, there are several drawbacks to this approach, including:

How to Build a Social Circle Without a 9-5 Job

When I still had a 9-5 job as a data scientist, I did form some meaningful friendships with a couple guys from my work who I would play basketball with and go kayaking with outside of work.

However, I’ve developed the following schedule that has allowed me to enjoy my work and still maintain a strong social circle:

This has turned out to be a wonderful schedule that has allowed me to be highly productive and focused on my work during the first half of the day without any distractions while being able to completely disconnect and spend time with my loved ones in the evening.

By setting up these weekly occurrences, both my family and friends plan their schedules accordingly each week so that we’re all able to spend time together.

Along with my real-life friends and family, I’ve formed several connections with other entrepreneurs online, mostly through Twitter.

Lately I’ve even been averaging three to four Skype calls per month with different people I’ve met online who are also building interesting digital businesses, which has helped my online tribe become more of a real-life tribe.

For anyone looking to form connections with like-minded people, Twitter offers one of the best places to do so. Best of all, you can turn your internet connections into real-life connections through video messaging or texting these people.

A 9-5 job can offer a convenient environment for cultivating a social circle, but unfortunately you can’t have the benefits of the social connections without all of the other lousy aspects that tend to come with a traditional job.

I’ve personally found that working for myself has allowed me to maximize my productivity with my work while also giving me the freedom and flexibility to turn off the work whenever I want and spend time with the people closest to me.

Not only do I think that it’s possible to have a social circle without the help of a 9-5 work environment, but I think that being outside of that environment is more conducive to a healthy work-life balance in many ways.