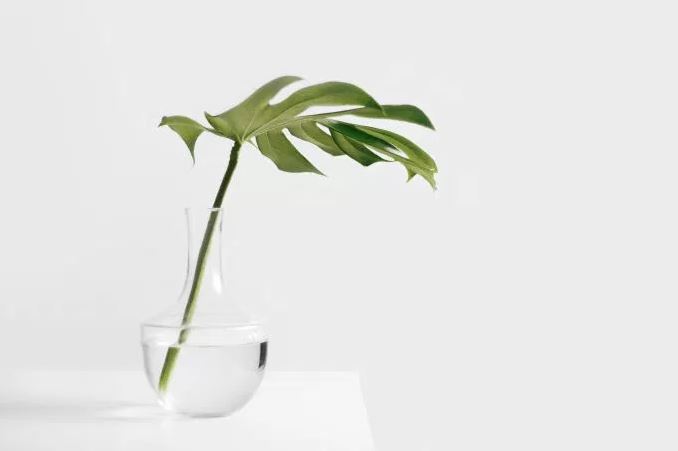 I am extremely excited to share the following guest post from Jennifer Taylor, a writer who first caught my attention in late 2017 when she began publishing articles on her site Jennifer T. Chan. Today she shares how she went from starting a blog to amassing over 1.3 million views across various platforms and getting paid for her writing all in under one year. Perhaps most impressive of all is the fact that she does her writing outside of her day job as a lawyer.

My greatest fear is to be defined by one thing.

Two years out of law school, I see colleagues defined by their profession. There’s nothing wrong with that, but the thought of just being, “the lawyer,” never appealed to me. In fact, I prefer to describe what it is actually I do, rather than just tell people the label. I mean, I have a tattoo of a skull on the back of my arm. I wouldn’t say I’m your conventional lawyer.

Growing up, I wanted to be a writer. My mother, affectionately, told me that I should pursue a career in law because I was, ‘good at arguing.’ Spoiler alert: That is not a good reason to become a lawyer. Initially, I didn’t want to. I thought law was boring. And, perhaps naively, I thought that lawyers were pretentious and had a stick up their ass. Turns out, I was only half right.

No, I wanted to write. First, I thought I could write stories. And then, as I melted into my teenage years, I began to take an interest in politics. I cared about the world around me. I was horrified at the suffering that exists. I thought that I could shine a light on the inequities, especially ones that were just in our backyard. I wanted to help.

Well, ten years later, I became a lawyer. And while I fell in love with law, and have staunchly used my legal skills to fight for the disenfranchised, my love for writing never disappeared. If anything, it just grew stronger.

Last year, I decided to start a blog. It actually wasn’t meant to be a creative outlet, I just wanted to share my insights into how I managed to pay off a reasonable amount of student loans within a short time-frame. I didn’t see many bloggers who were women of colour, and I thought that I could contribute a unique voice to the space.

A few months into my blogging, I felt unfulfilled. Instead of growing my interest in personal finance, I rediscovered my love of the actual craft. The content became almost secondary to the pace and syntax of the pieces themselves. I wanted to become a better writer. And strictly writing on my blog wasn’t giving me the feedback or community that I wanted.

I stumbled upon Quora through a writer that I found by chance. For those who have never heard about the platform, it’s a question-and-answer website. But instead of the usual garbage that you get on Yahoo! Answers, you have to share your full name and it’s heavily moderated. Since it was founded by Adam D’Angelo, former Chief Technology Officer and Vice President of Engineering at Facebook, there are lots of tech entrepreneurs on there. Despite that, it’s for everyone. There are questions about everything.

On Quora, I’ve not only learned a ton directly from experts belonging to various industries, but I’ve been able to receive significant feedback on my writing. Out of all the places that I write, Quora always has the highest engagement. Also, if people want to read more of my writing, I have a link to my blog on my main profile. I’ve had Quorans contact me on Twitter, Facebook, my blog, and good ol’ e-mail.

Up until a few months ago, I barely made any money from my writing. I had made a few bucks off of Amazon Affiliate sales from some books that I recommended, but that was it. I was initially making a little bit of money through advertisements on my site, but I quickly took them down. Ads didn’t feel right to me. Nor does any other affiliate marketing, with the exception of book recommendations. My main reason is that if people don’t want to buy books, they’re readily available at the public library. Promoting other peoples’ courses, Blue Host, and other stuff just didn’t feel honest to me. I also felt the same regarding sponsored posts.

Then, a wonderful thing happened. Around January, I received an e-mail from an editor at Medium, telling me that he saw my writing on Quora. He encouraged me to try out Medium’s Partnership Program – a new program that financially rewards writers by the level of engagement that designated posts receive. For those unfamiliar with Medium, the paid articles are predominantly for Medium members who have a subscription plan, but non-members are able to read up to a select number of free stories each month. It was a gamble. I wanted to post my writing in big publications to receive more attention, but the thought of earning money directly as a result of my words was appealing.

I had an old Medium account that I logged back into. I had one post and about 8 followers. I started to post a few times a week. I reached out to Nicolas Cole and asked if I could write for one of his publications. He enthusiastically agreed.

From there, editors of other Medium publications reached out to me, asking if they could syndicate some of my writing. As a result of the exposure, more and more people began to follow me. As I type this, I’m now a Top Writer in 3 categories: Life, Life Lessons and Self Improvement. It’s humbling because I share, ‘Top Writer,’ status with fantastic writers such as Zat Rana, Ryan Holiday, Darius Farioux, James Clear and more. It’s a designation that involves maintenance, so I wouldn’t be surprised if I lose it soon. I’m just riding the wave.

When I reached 1,000 followers on Medium, I started alternating from free to paid articles. The first time I got paid – which was a grand total of $10 – I was ecstatic. Something I wrote out of passion and curiosity enabled me to buy a few cups of coffee. It was amazing. Now, the payments have steadily increased to a few meals each month. Without selling out, I’ve managed to treat myself to a few ephemeral pleasures from my writing.

As someone who writes part-time, I have the privilege of being incredibly picky about the sort of work that I want to do. Although I am a big advocate of financial literacy for low to middle-income earners, I know I don’t want to work with large banking institutions ‑ especially ones that have a long history of union-busting. For progressive personal finance bloggers, this can be frustrating because it may seem that’s where most of the freelance work lies. But hold steady. There are other ways.

About a month ago, I received a message on LinkedIn asking whether I would be interested in some freelance ghost-writing. After a telephone conversation, I found that I could work as little or as much as I wanted. The work would not only be consistent (they’re growing at a rapid pace) for an indefinite period of time, but I would also have the opportunity to try my hand at writing web content, if I wanted. The kicker was that my writing would be strictly about the Canadian legal industry, which happens to roll-up all my skills into the ideal freelance job. It was too good not to pass up.

Now, outside of my 9 to 5, I earn revenue through three different streams. Altogether, it’s not as much as my full-time job, but that isn’t the goal. I love being a legal aid lawyer and I have no plans to leave my position, even if my side-income someday surpasses my main income. I write about earning a living by making the world a better place, and I whole-heartedly believe that.

If you want to make money online, don’t listen to me. It’s more lucrative to take a few courses on affiliate marketing. Concentrate on e-mail funnels. Write e-books and checklists to incentivize readers to subscribe to your e-mail list. These seem to earn bloggers tens of thousands of dollars each month, with the focus on profit over quality content.

However, if you want to make some money writing meaningful content (or in a way that doesn’t make you feel gross), here’s some unsolicited advice as what has worked for me:

Again, this isn’t to say that I know my shit. I certainly do not.

I’m only sharing what has worked for me over the past seven months. I’ve made online acquaintances that have turned to real life friendships. I’ve stumbled upon books that have changed my life. I’ve been fortunate to have my writing viewed over 1.3 million times. But, perhaps most importantly, through writing I’ve learned more about myself. Who I am, what I stand for, what voice is uniquely mine. The journey of personal growth is never-ending. The ability to earn money while doing so feels like the cherry on top.

Be sure to check out more of Jen’s writing on Medium and Quora. Connect with her via Twitter and see more of her work (including a new podcast) at jennifertchan.net.

3 Replies to “For the Love of the Craft: How One Lawyer Turned Writing Into a Side-Hustle”