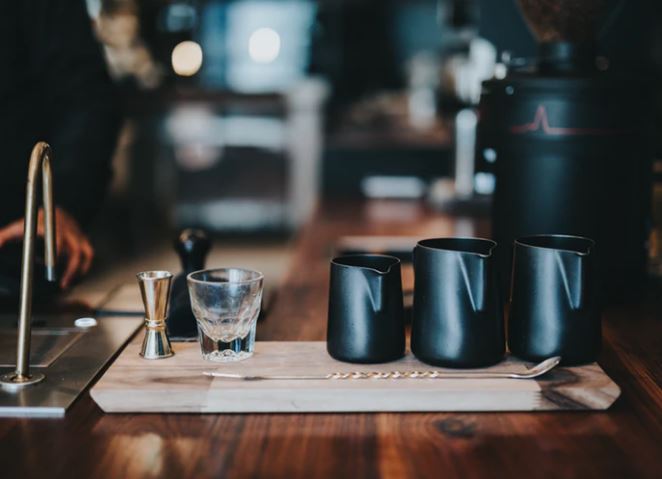 I once had to take an introductory marketing course when I was an undergraduate student. The course lasted 15 weeks and I received an “A” on the final exam.

You’d think this would mean that I knew a thing or two about marketing. Perhaps I had learned how to create a marketing campaign for a small business, or how to segment target audiences, or how to write effective ad copy that made people want to buy a product.

Sadly, I knew how to do none of those things. Instead, I had memorized the definitions of words like:

The final exam was composed of multiple choice questions that asked me to identify the correct definition of these words. Thus, I memorized these words using flashcards that had the word on one side and the definition on the opposite. Ultimately I walked away from the class with an “A” and yet I knew nothing about marketing.

This is the reason why many students can spend years in high school and college, attain outstanding grades, and yet graduate with no useful knowledge that they can apply in the real world. The way we measure “success” causes students to focus on getting high test scores, rather than accumulating real-world skills and knowledge.

There’s a name for this phenomenon: Goodhart’s Law. Coined by the economist Charles Goodhart, this law states:

“When a measure becomes a target, it ceases to be a good measure.”

There are abundant examples of this phenomenon in the real world.

Venomous snakes: During the British rule of colonial India, the British government tried to reduce the number of venomous snakes in Delhi by offering a reward for every dead cobra. Almost immediately, people were turning in cobras left and right. The plan seemed to be working until citizens realized they could create their own income stream by breeding cobras. Once the government caught wind of this, the reward program was put to an end, leaving breeders with snakes that could no longer be exchanged for money. When these snakes were set free, the cobra problem became even worse.

Soviet factories: Factories in Soviet Russia used to assign targets for the number of nails that workers needed to produce. This lead to workers producing tiny useless nails. When the target was changed to total weight of nails produced, workers began producing giant useless nails. By setting these measurements as targets, the number of usable nails reduced in both scenarios.

Ads: For websites that use advertisements, their revenue is determined by how many impressions their site receives. Thus, they’re incentivized to create click-bait titles and stuff as many ads as possible on their articles to increase revenue.

In each of these scenarios, when the thing you’re measuring (number of cobras turned in, number of nails produced, number of website impressions) becomes the target, you excel on hitting the measurement while failing to actually hit the more important target.

This phenomenon often occurs in personal finance as well.

Money should be something that you use to create a more fulfilling and freedom-filled life. Unfortunately, many people measure their financial progress based on one number: how much total money they have saved across various accounts.

The whole idea of financial independence – building a portfolio equivalent to 25x your yearly expenses so that you can live purely off passive income – is an excellent target to strive towards, but this often causes people who are not remotely close to this target to become discouraged with their current financial situation.

Even for households that can save 50% of their income, it will still take them nearly 17 years to achieve F.I. starting from scratch.

The Financial Independence Grid assumes you start with $0 and earn 5% annual returns on investments.

Using money to gain freedom in life is an excellent objective, but to measure your success using only metric – your progress towards your F.I. number – is a great way to stay discouraged on your journey to F.I.

Of course more money means more ability to gain freedom from a shitty job, optimize your work schedule, and free up time to spend with people you love, but to think that you need to achieve F.I. as fast as possible to gain this freedom is a mistake.

Aside: Some households are fortunate to be in a position where they can save 70% or more of their income and achieve financial independence in under a decade. To those households: more power to you. But for all other households, it can be helpful to realize that achieving F.I. as fast as possible doesn’t have to be the metric they track.

Instead, here are a few other paths you may consider pursuing to gain freedom in your daily life without being financially independent.

For households who feel discouraged by the fact that it may take them 20+ years to achieve financial independence, I often recommend them to consider the path of Slow FI, which emphasizes a simple tradeoff: a longer path to F.I. in exchange for a more enjoyable path to F.I.

When you choose to pursue Slow FI, you typically experience a lower savings rate for two reasons:

1. You give yourself permission to embrace part-time or low-stress work, which typically comes with a lower income.

2. You give yourself permission to spend more on things that bring you joy, whether that means physical possessions, experiences, or a combination of both. (e.g. for me this means more Chipotle, a nice laptop, and more traveling)

Despite having a lower savings rate, you can still achieve financial independence over the long run. While it will take longer to achieve, you can start enjoying the path more today rather than at some point in the future.

One excellent way to enhance your quality of life is to accumulate enough money so that you have the means to quit a shitty job. However, you can often shift away from a job you dislike without quitting working altogether.

I know many people that have negotiated remote working situations. This means they don’t have to deal with a daily commute, an annoying open office environment, or a strict dress code. Without quitting working altogether, they’ve been able to dramatically improve their satisfaction with their job.

I also know people who have simply switched to different teams within the same company. By doing so, they’ve been able to get away from shitty bosses or coworkers, which can make all the difference in how satisfied you are with your work.

Sometimes you don’t need to quit working permanently to improve your quality of life. Sometimes you just need to take an extended break.

Whether it’s a three-month break, a six-month sabbatical, or a full-blown gap year, simply getting away from the workplace for an extended period of time can be all you need to clear your head and reset your attitude and emotions towards work.

One real life example of someone who did this is a guy who goes by the alias of Jojo Bobo and runs the blog Corporate Monkey CPA. I interviewed him two years ago and he shared with me that he was a 43-year-old who worked as a corporate accountant in Silicon Valley for 15 years, but decided to take a gap year from working to live in a small town in Bolivia with his wife and two kids because he was burnt out from work.

This didn’t hurt him much financially either due to the low cost of living in Bolivia and his ability to rent out his house in California during the year they were gone.

Perhaps it’s not reasonable for you to quit your job for a year and move halfway across the world, but perhaps taking some sort of extended break from work is a better alternative than aiming to quit working altogether.

Start Your Own Business

One final option is to start your own business. This could be a way to gain freedom over your time and your work long before you’re able to achieve financial independence.

The great thing about having a portfolio that is worth 25x your annual expenses is that it’s able to generate a passive income stream that covers all of your expenses. However, you could also cover your living expenses simply through running a business you enjoy. The benefit of this approach is that it might only take 3-5 years to build this type of business compared to 20-30 years that it may take to achieve F.I.

Always remember that money is merely a tool you can use to gain freedom.

Angel investor Naval Ravikant may have said it best:

Don’t get trapped into thinking that the number of years it takes to achieve financial independence is the only way to measure financial success. There are many ways to attain your end target of more freedom and more fulfillment in life without being financially independent.