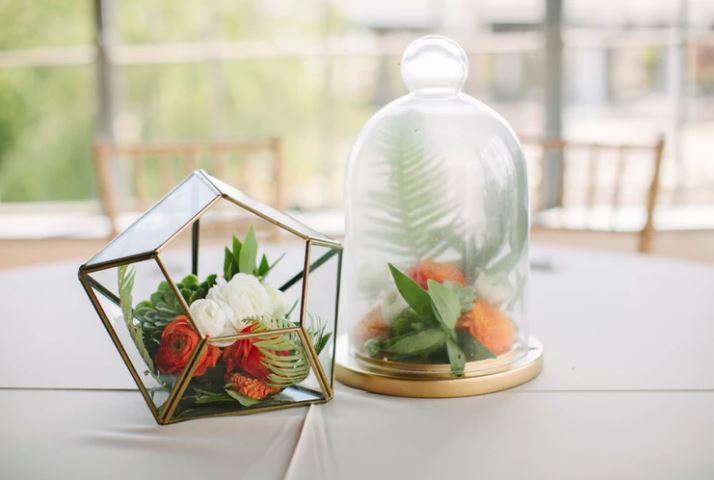 According to the most recent version of the Consumer Expenditure Report from the Bureau of Labor Statistics, food expenses are the third highest annual expense for the average U.S. household:

Food expenses includes both groceries and dining out costs, so if we assume the average household spends about twice as much on groceries as they do on dining out*, then groceries account for between 8% and 9% of total annual spending.

*The ratio of spending on groceries to dining out varies from one household to the next, but this is a simple assumption I’m using for the sake of argument.

Related post: For Most Americans, the Best Way to Spend Less is to Minimize the Big Three Expenses

How Much You Should Spend on Groceries According to the USDA

This brings up the question: how much should you spend on groceries?

To answer this, we can refer to a report that the USDA releases each month about the average cost of groceries for individuals and households in the United States.

The most recent version of this report (May 2019) outlines the food costs for four different spending levels: 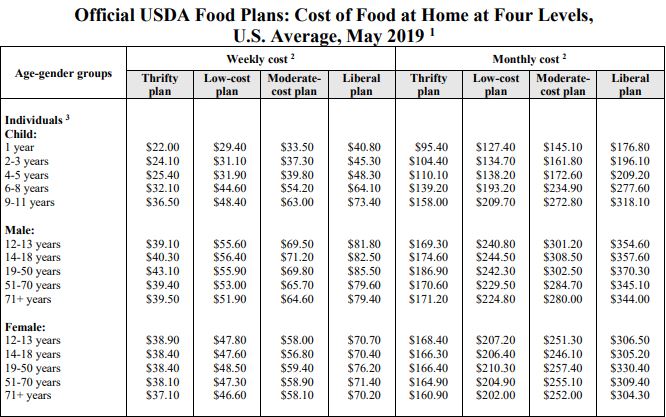 The Thrifty Plan is basically the average monthly minimum that a household could spend on groceries while still meeting basic nutritional requirements. The price of each plan increases progressively, ranging from the Thrifty Plan up through the Liberal Plan.

It’s interesting to compare the numbers shown in the chart to my own monthly grocery spending. For example, here’s how much I’ve spent on groceries in the first five months of 2019 so far:

According to the USDA, for a male between ages 19 and 50 I am spending between the moderate-cost plan and the liberal plan. 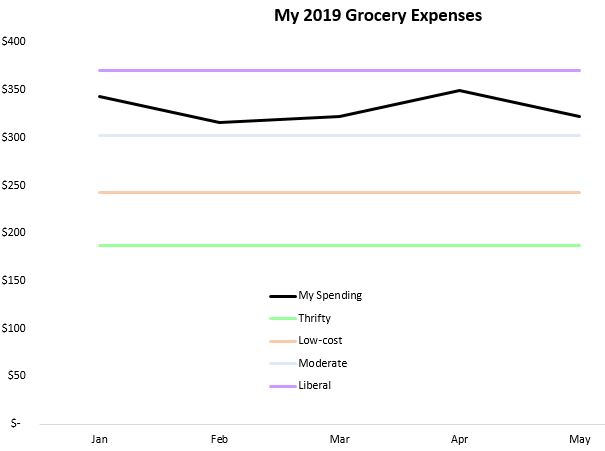 This means I’m not terribly good at keeping my monthly grocery spending low relative to the guidelines set out by the USDA.

Specifically, over the past five months I’ve spent an average of $331 per month on groceries. If we extrapolate that out to a year, that means I’m on pace to spend $3,972 on groceries in 2019. Here’s how that compares to the four different spending plans: 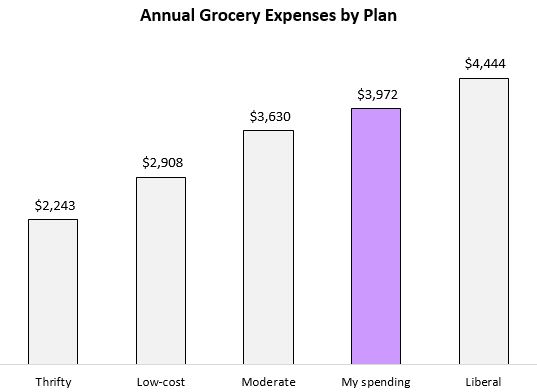 To be honest, reducing my monthly grocery spending from my current levels to $2,243 just to save $1,700-ish per year doesn’t really excite me. I’d rather maintain my monthly spending and keep buying some high-end items I enjoy and just figure out ways to boost my income by $1,700 per year instead.

Related post: The Harder a Skill is To Learn, the More Income You Can Earn

As a one-person household, cutting my grocery expenses doesn’t really move the needle for me financially. For larger households with children, however, reducing grocery expenses could make a noticeable dent in total annual spending.

For example, consider a four-person household:

Here’s the total monthly grocery expenses for this household of four, assuming each individual adhered to the various spending plans: 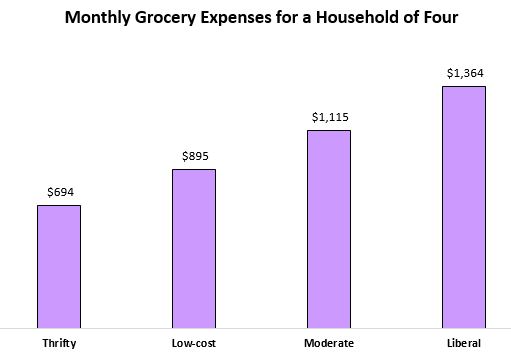 And here’s a look at the annual grocery expenses for each plan: 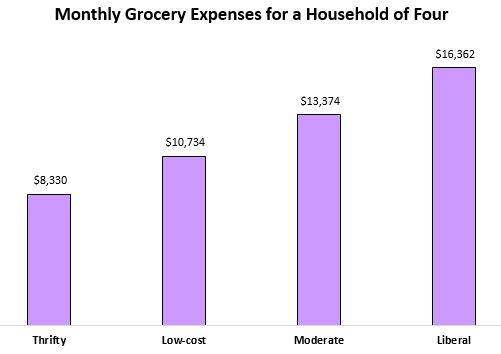 The annual difference in spending between the Thrifty plan and the Liberal plan is over $8,000. That’s a serious chunk of change. Even moving from the Liberal plan down to the Low-cost plan would lead to an annual savings of nearly $6,000.

The Relationship Between Buying Groceries & Dining Out

It’s important to keep in mind that buying groceries and dining out tend to be inversely related.

So, looking at grocery spending in a vacuum by itself doesn’t really make sense. You also have to consider how much you’re spending on dining out.

As a household your goal should be to keep your entire food spending in check, not just your grocery spending.

There is no universal answer to “How much should you spend on groceries?” because household sizes vary so much and food prices vary just as much from one city to the next. To get an idea of how your grocery expenses stack up relative to U.S. averages, the four different USDA food plans provide a nice place to start.

Keeping your grocery expenses in check is important, but it’s likely not the most important expense to keep in check.