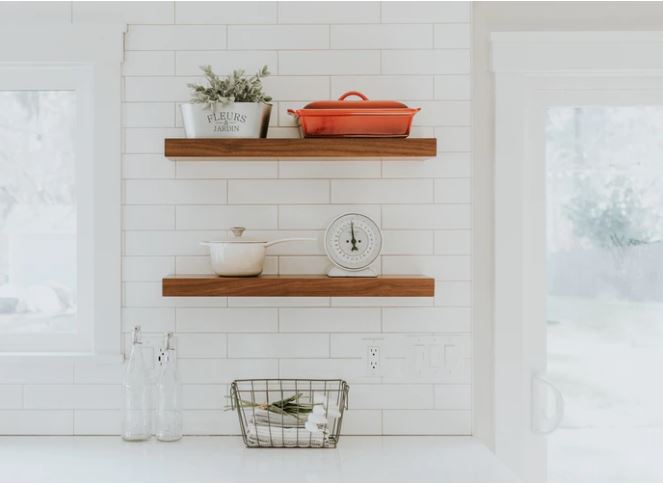 When presented with the problem of improving public transportation, most people would assume that the best way to do so is through investing in new roads, faster vehicles, better stations, etc. However, this is likely to cost tens or hundreds of millions of dollars.

An alternative approach would be to simply invest a few hundred thousand into better displays that let you know exactly when the next train or bus is due to arrive. This doesn’t make the transportation itself any faster, but it does improve the overall experience for the end user.

After all, it’s well known that a 15-minute wait is a much less annoying experience when you know beforehand exactly how long you’ll have to wait.

In the book Alchemy, Rory Sutherland refers to this method of using psychology to solve problems as a form of “alchemy” because it allows you to come up with solutions to problems without spending an exorbitant amount of money.

Throughout the book, Sutherland points out that many societal problems can be solved using psychology, not physics. In other words, it’s easier (and cheaper) to alter perception, rather than reality.

Another example he shares is the problem of reducing crime. When presented with the problem, most people’s gut response is to increase law enforcement. But Sutherland shares that many cities have been able to reduce crime through altering the perception of the city, rather than increasing the number of police officers.

This is done through fixing broken windows, cleaning up graffiti, and planting trees. Oddly enough, when a city is perceived as well maintained and clean, crime tends to decrease.

This is related to the Broken Window Theory, which Andy Hunt once explained in an interview with Bill Venners:

Researchers studying urban decay wanted to find out why some neighborhoods escape the ravages of the inner city, and others right next door—with the same demographics and economic makeup—would become a hell hole where the cops were scared to go in. They wanted to figure out what made the difference.

The researchers did a test. They took a nice car, like a Jaguar, and parked it in the South Bronx in New York. They retreated back to a duck blind and watched to see what would happen. They left the car parked there for something like four days, and nothing happened. It wasn’t touched. So they went up and broke a little window on the side, and went back to the blind. In something like four hours, the car was turned upside down, torched, and stripped—the whole works.

They did more studies and developed a “Broken Window Theory.” A window gets broken at an apartment building, but no one fixes it. It’s left broken. Then something else gets broken. Maybe it’s an accident, maybe not, but it isn’t fixed either. Graffiti starts to appear. More and more damage accumulates. Very quickly you get an exponential ramp. The whole building decays. Tenants move out. Crime moves in. And you’ve lost the game. It’s all over.

One broken window can lead to a rapid uptick in crime. Thus, simply repairing broken windows can be a cost-effective way of reducing crime. When an area is perceived as clean and orderly, crime is less likely to occur. This is a prime example of using psychology to solve a problem.

How to Apply “Alchemy” to Personal Finance

Just as it’s possible to solve the problems of public transportation and inner city crime using a bit of “alchemy,” it’s also possible to alter your perception of your financial situation without physically changing the numbers in your bank account.

Here are a few examples.

The reason that many people would like to be financially independent is so that they have more freedom and flexibility in their lives. After all, there’s no doubt that removing a daily commute, a strict schedule, and annoying boss from your daily life is likely to improve your quality of life.

Unfortunately, the physical way to achieve this increased freedom would be to save up 25 times your annual expenses so that you’re financially independent, which takes well over a decade to achieve for most people.

An alternative approach that uses a bit of alchemy would be to pursue Slow FI, which emphasizes the use of low-stress, part-time, or seasonal work to increase your quality of life now, rather than decades from now when you’re financially independent.

Although your journey to financial independence will take longer, you’ll be able to experience the one thing that you actually want from F.I. right now: more freedom and flexibility in your daily life.

The real alchemy here is not in changing the amount of money in your bank account, but rather in changing the timeline you give yourself to achieve financial independence.

Negative visualization is an ancient Stoic technique that involves visualizing worst-case scenarios that you can be more grateful for the present moment.

After visualizing these scenarios for a few minutes, come back to the present moment and realize how grateful you are for the things and the opportunities that you do have.

When you live in a developed country, it’s easy to forget just how wealthy you are. One way to feel more wealthy without changing your net worth is to compare your financial situation to the situation of other families around the world.

One website that makes this easy is Dollar Street, which is a site that has collected over 30,000 photos from families in 50 different countries to highlight how people in different income brackets live. On the site, you can click on different family profiles to see what beds, toilets, bedrooms, and other amenities look like for families around the world.

One eye-opening filter that you can apply when searching through the site is “Next big things I plan to buy,” which shows pictures of various things that families plan to buy next when they have the money.

In countries where the income per person per month was below $100, almost all of the “next big things I plan to buy” were things like food, doors, batteries, clothing, or roofing. On the upper end where income was $3,000 + per person per month, the “big things” were often new furniture, cars,  iPhones, or computers.

Something else you can search for is “beds” which shows what people’s beds look like around the world:

On the lower end of the income scale, the “bed” was almost always a simple mat on a floor. On the upper end of the scale were beds made of fluffy mattresses with plenty of blankets and pillows.

Searching through the site for even a few minutes helps you gain an better understanding of how your wealth truly compares to families around the world.

Once again, the alchemy here is that you feel more wealthy when you compare your house, your belongings, and your lifestyle to families around the world who have much less.

On Changing Perception, Not Reality