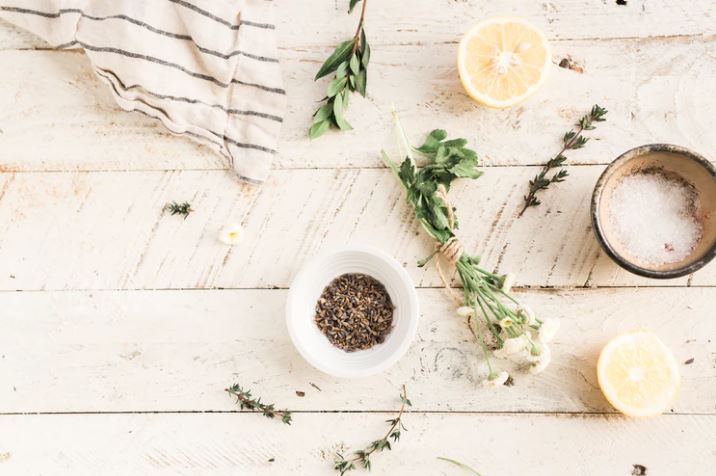 This data is for individuals in the United States, including income earned between January and December of 2017.

Income is defined as all income earned from any source not just from a primary job!

This can be wage income (including multiple jobs), business income, investment income, and all sorts of other ways people earn money.

Here are the income percentile for individuals in 2017 along with the corresponding income:

The following chart gives a visual look at the income percentiles: 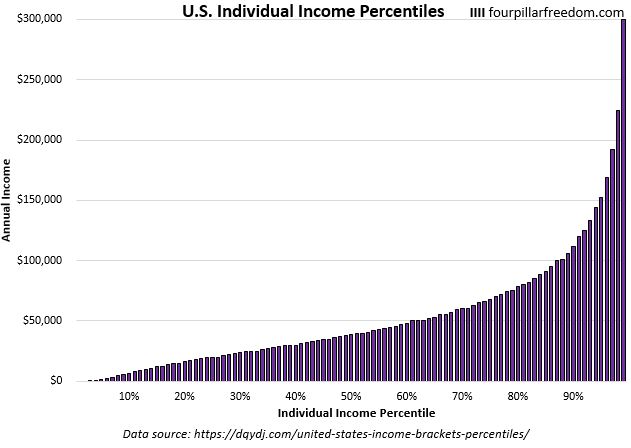 Another way to visualize this data is using 100 tiny blocks: 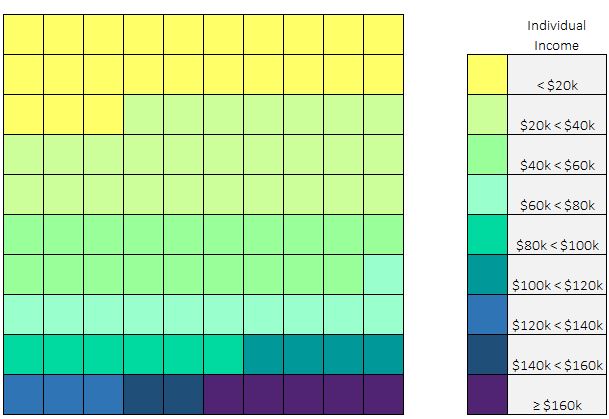 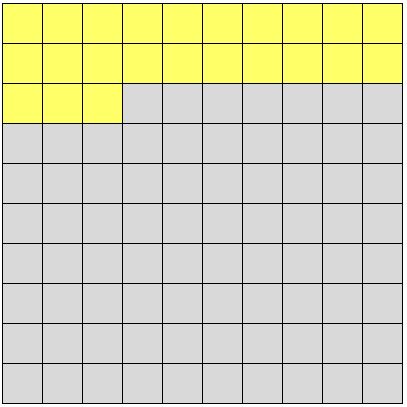 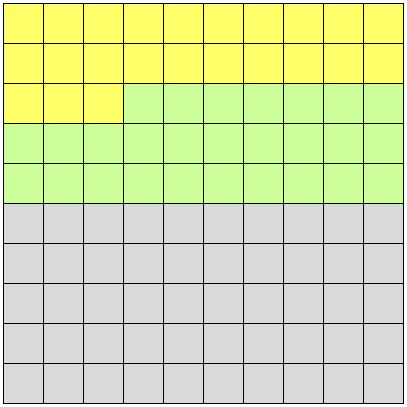 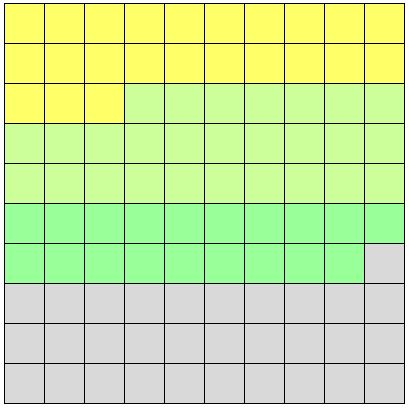 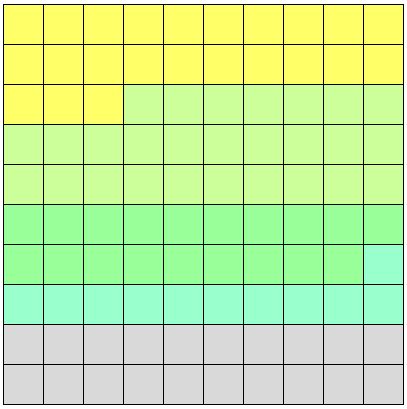 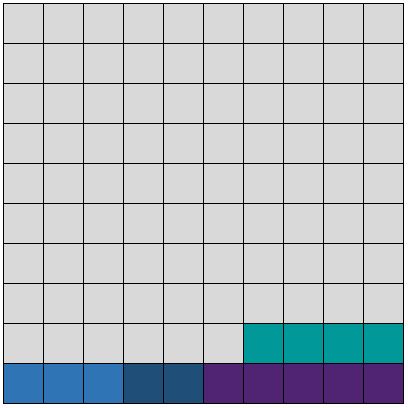 For a more in-depth look at how these numbers were derived, along with how they compare to 2016 individual income numbers, check out the full post from DQYDJ.

6 Replies to “Individual Income Percentiles in the U.S. Visualized as 100 Tiny Blocks”