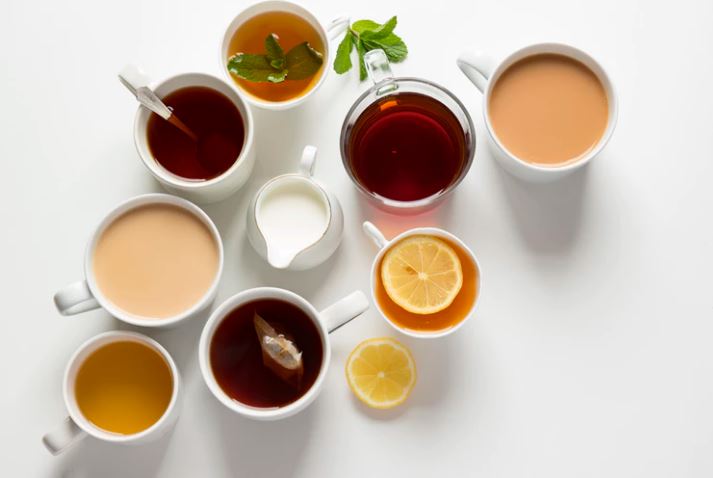 The worst five-year investment period ever for the S&P 500 since 1928 was from 1970 to 1974. Here’s a look at the annual inflation-adjusted returns during these five years: 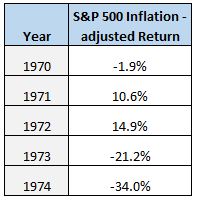 That would have been a brutal five-year stretch. But we all know that the stock market tends to increase over time and poor investment periods don’t last forever. This brings up an interesting thought experiment:

Consider someone who invested $10,000 in the S&P 500 at the beginning of each year for 30 years, starting in 1970. Despite beginning their investment journey with the worst five-year stretch ever, how would this investor have fared over the course of 30 years?

For some perspective, here’s how much someone would have accumulated during every 30-year period since 1928, assuming they invested $10,000 in the S&P 500 at the beginning of each year: 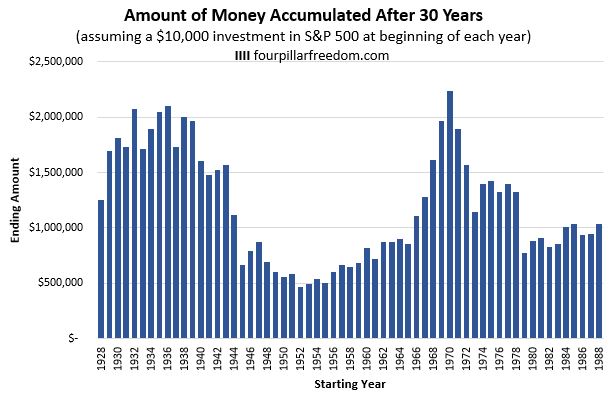 Notice how the starting year of 1970 has the highest ending amount: 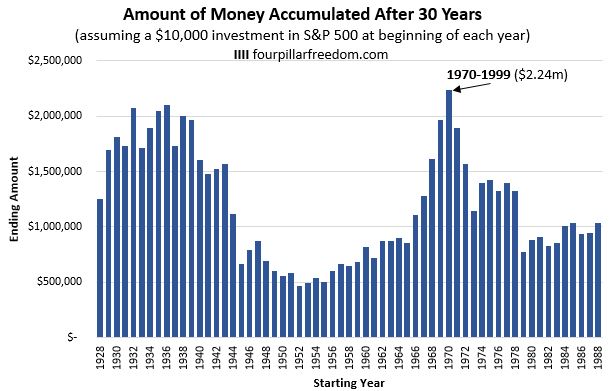 So, despite 1970 to 1974 being a horrific way to start one’s investment journey, it turned out to be an excellent time to  start investing for someone who had a 30-year time horizon.

To answer this question, I looked at the dollar-cost average returns of every five-year period since 1928 along with the corresponding 30-year returns. This scatterplot shows every five-year and thirty-year combination: 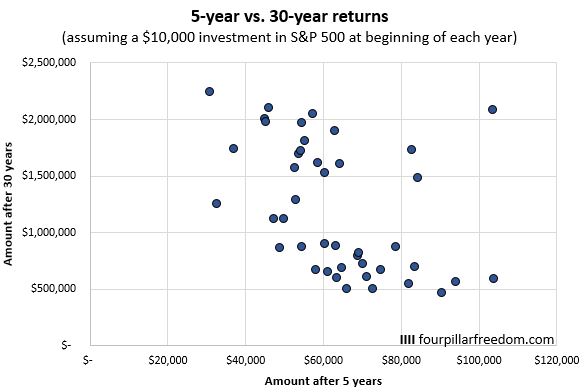 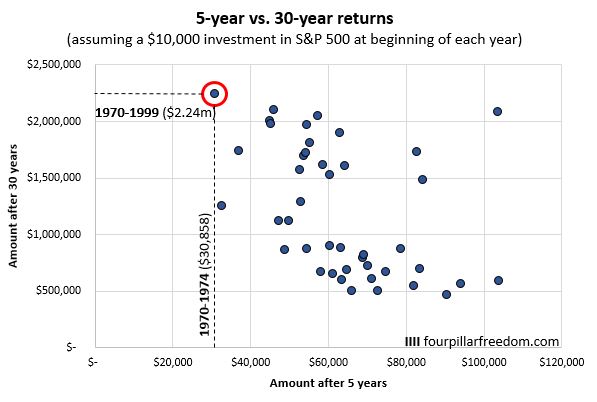 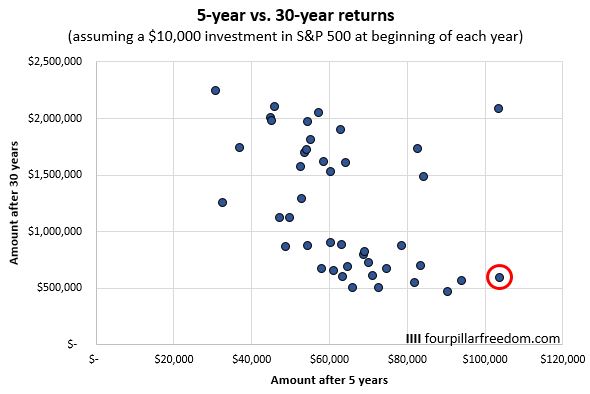 In general, this scatterplot illustrates an interesting phenomenon: higher initial five-year returns tend to have lower 30-year returns. The trend is clear: 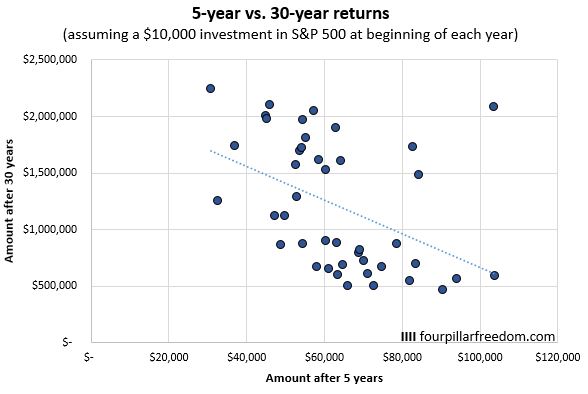 Here’s one possible explanation for this phenomenon: Historical data tells us that the S&P 500 typically delivers 6 – 7% annual returns over the long run, even after inflation. This means that poor returns during an initial five-year period leaves more room for growth over the coming 25 years. In addition, better returns in later years are more influential since most growth from compound interest occurs in later years.

For example, according to the Savings vs. Investment Returns Calculator, someone who invests $10,000 per year and earns incredible 12% annual returns for their first five years would only be left with $71,152 after those five years: 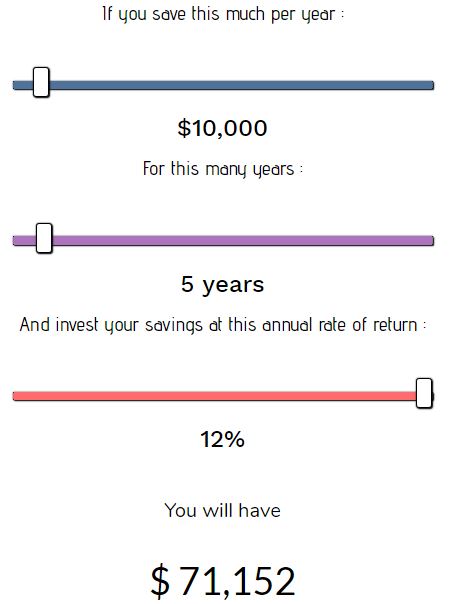 This means they invested $50,000 just to earn $21,152 in investment returns. That’s not exactly a life-changing amount of money.

Since the typical investor doesn’t have much money invested during their first five years, it doesn’t matter if they earn incredible returns because the actual dollar amounts still aren’t substantial.

This is why it could be a blessing in disguise to earn poor returns early on because it leaves more room for better returns in the future, hopefully when you have more money to work with and when investment returns can actually make a noticeable difference in your net worth.

So, don’t stress out as an investor if you earn pathetic returns early on. Investment returns mostly matter in later years anyway.

Conversely, if you earn stellar returns during your first five years, expect returns to be lower at some point in the future.