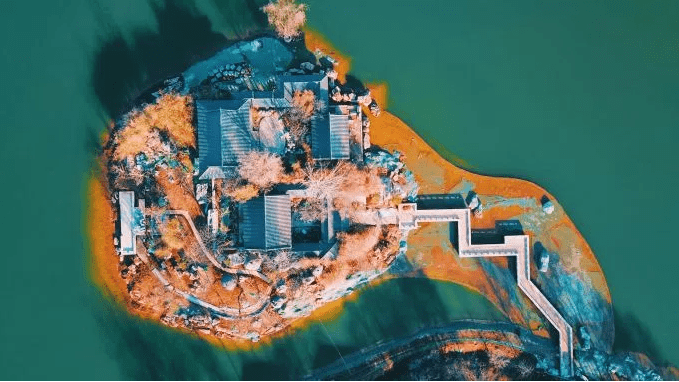 Imagine you wake up one morning, turn on the news, and see a breaking headline story:

“EARTH 2.0 DISCOVERED ON THE EDGE OF THE MILKY WAY GALAXY”

Scientists finally did it. They found another planet in our own galaxy with human life.

It turns out, oddly enough, that this planet has the exact same dimensions as Earth.

It has the same land forms, the same topography, and identical oceans. It’s home to the same plant and animal species as Earth. It even has an identical moon.

For all intents and purposes, this planet is Earth except for one quirk: everything is twice as good on this planet.

The houses are twice as big.

The food tastes twice as good.

There’s an autonomous transportation system that makes commute times half as long.

The pollution is only half as bad.

The wealth of humans on this planet is twice that of our own.

For most people, this discovery of Earth 2.0 would stir up feelings of jealousy, envy, and inadequacy. The citizens there have it so much better than us.

We would feel deprived, despite the fact that minutes before seeing this breaking news, we may have been feeling perfectly content in our warm house, with running water, electricity, and food in the fridge.

This is the nature of perspective, which impacts both our finances and our happiness.

Perspective is a double-edged sword. When we look “up” at those who have more than us – more wealth, more success, higher standards of living – it can motivate us to work harder. If we’re not careful, though, this can be a never-ending success treadmill.

Chasing and reaching the “next level” – in career, finances, fitness, relationships – can bring fulfillment, but there is always a higher level to reach. There is no top.

This is why it helps to look “down” occasionally, to see how far we have come, how good we have it relative to others, and how much there is to be thankful for.

Derek Sivers says it’s better to think like a bronze medalist than a silver medalist:

“Imagine what it’s like to be the silver medalist. If you were just one second faster, you could have won the gold! Damn! So close! Damn damn damn! You would keep comparing yourself to the gold winner, full of envy.

Now imagine what it’s like to be the bronze medalist. If you were just one second slower, you wouldn’t have won anything! Whoo-hoo! You would be thrilled that you are officially an Olympic medalist, and got to stand on the winner’s podium at all.

Comparing up versus comparing down.

Your happiness depends on where you’re focusing.”

We underestimate just how much of our happiness is determined by who we are comparing ourselves to.

If we compare our standard of living to Earth 2.0, we’ll feel awful. Instead, if we look at how poor the quality of life is in some third-world countries on Earth, we’ll see just how good we have it.

It’s all about perspective.

Nowhere is perspective more important than in personal finance.

Our view of “how good” we’re doing financially is almost entirely based on how we’re doing relative to others.

This is why our satisfaction with our income is mostly based on how we stack up against our peers. You can earn $200,000 per year and still feel inadequate if your siblings and your best friends all earn $300,000.

Our income relative to others affects our happiness more than our absolute income.

This is why we don’t care that we’re wealthier than 99.99% of people who lived on Earth only 100 years ago. That’s not who we compare ourselves to.

We care about how wealthy we are in relation to people we know today.

Unfortunately, the most common way we display our wealth is through our material possessions. Our house, car, clothing, and gadgets. The stuff we own tells people how much money we have. And the only way to own more stuff is to spend more money.

That’s why most people suck at personal finance.

The number one way to kick ass financially is to spend less than you earn. The best way to spend less is to compare “down” instead of “up”, so you can more clearly see how good you have it.

This naturally leads to feelings of gratitude.

Research shows that expressing gratitude and counting your blessings on a regular basis is correlated with increased happiness.

It also has financial perks.

The more you’re grateful for what you already have – health, family, friends, shelter, food – the less you feel a burning desire to go out and buy more.

This leads to lower expenses, which we all know is the trick to reaching financial freedom a whole lot quicker.

Ultimately, gratitude helps us learn to be content with less. Because “less”, relative to most of human history, is actually quite a lot.

8 Replies to “It’s All About Perspective”