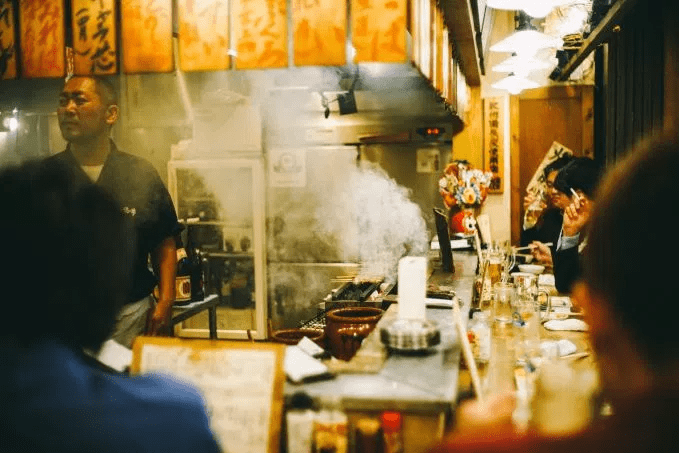 “Maybe happiness is this: not feeling that you should be elsewhere, doing something else, being someone else.”
-Eric Weiner

His restaurant is world renowned and the only one of its kind that has ever received Three Michelin Stars, a highly coveted award in the food industry.

There is even an eight month waiting list one must join to eat at Jiro’s sushi bar.

The film offers a behind-the-scenes look at Jiro’s typical workday.

Each day Jiro sends his son to the fish market to buy fresh seafood. He then meticulously watches his team to ensure they make the rice correctly. Throughout the day, Jiro bounces around between cooking and teaching.

When guests arrive for dinner, his true mastery is revealed. He observes which hand each person uses to eat sushi and places each piece on the dish accordingly to make it easier to pick up. He serves bigger portions to bigger people and smaller portions to smaller people so each guest finishes eating at the same time. Each round of dishes is served in a specific order based on how the different cuisines taste one after another. 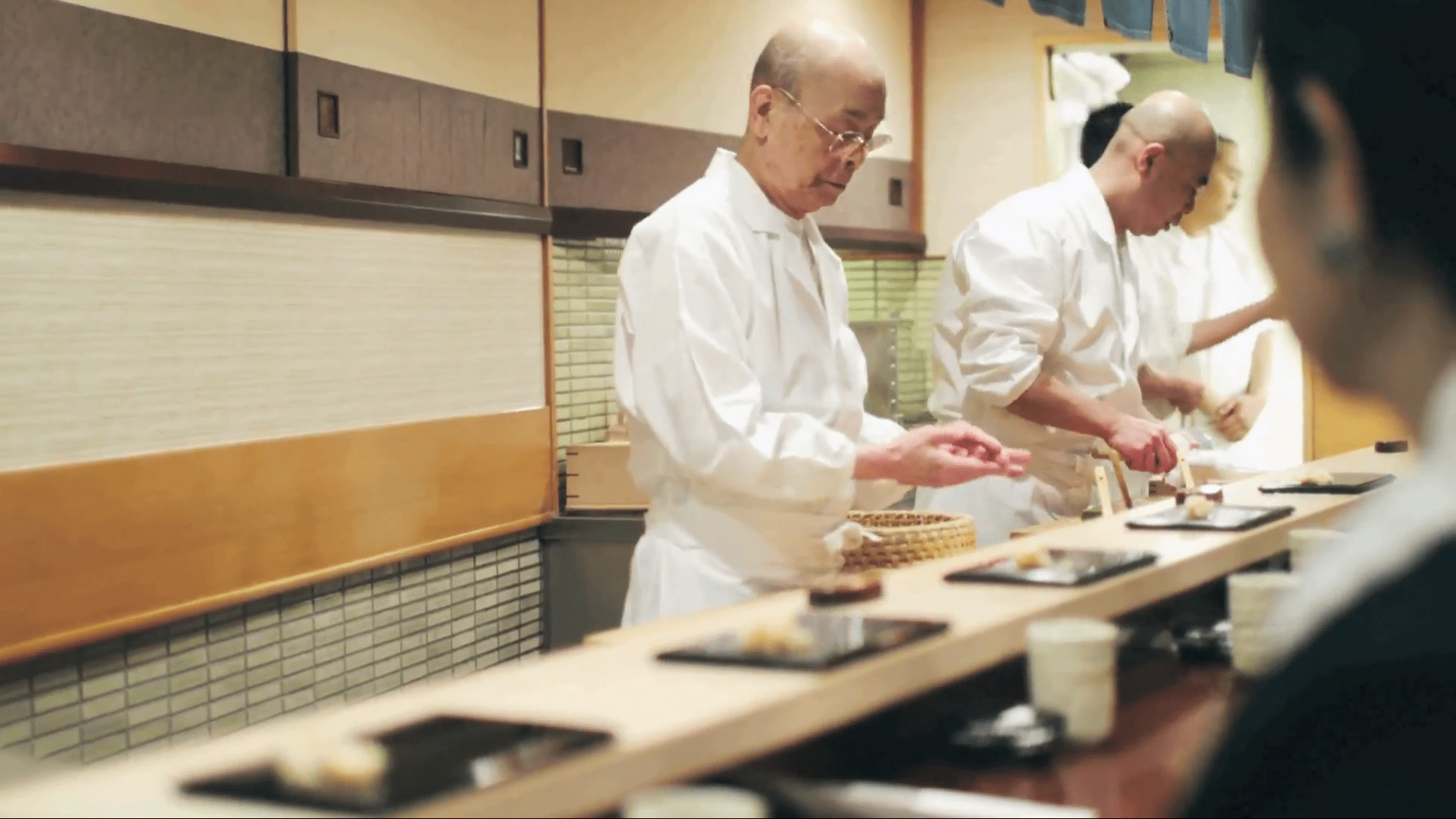 For Jiro, dinner is not just a meal to be eaten, but an experience to be had.

Throughout the film, it’s evident just how content Jiro is in his daily life. He is a shining example of someone who has achieved high levels of proficiency in the three areas that psychologists have deemed necessary to live a good life:

Autonomy: Jiro is his own boss. He has complete control over his work.

Competence: Jiro is a master, and although he is considered the greatest sushi chef in the world, he admits that he strives to improve his craft each day.

Connection: Jiro’s lead employee is his own son. He also has a small team that works for him. Between teaching the young guys how to make sushi and serving his dishes to adoring customers, he clearly experiences a deep connection with others through his work. 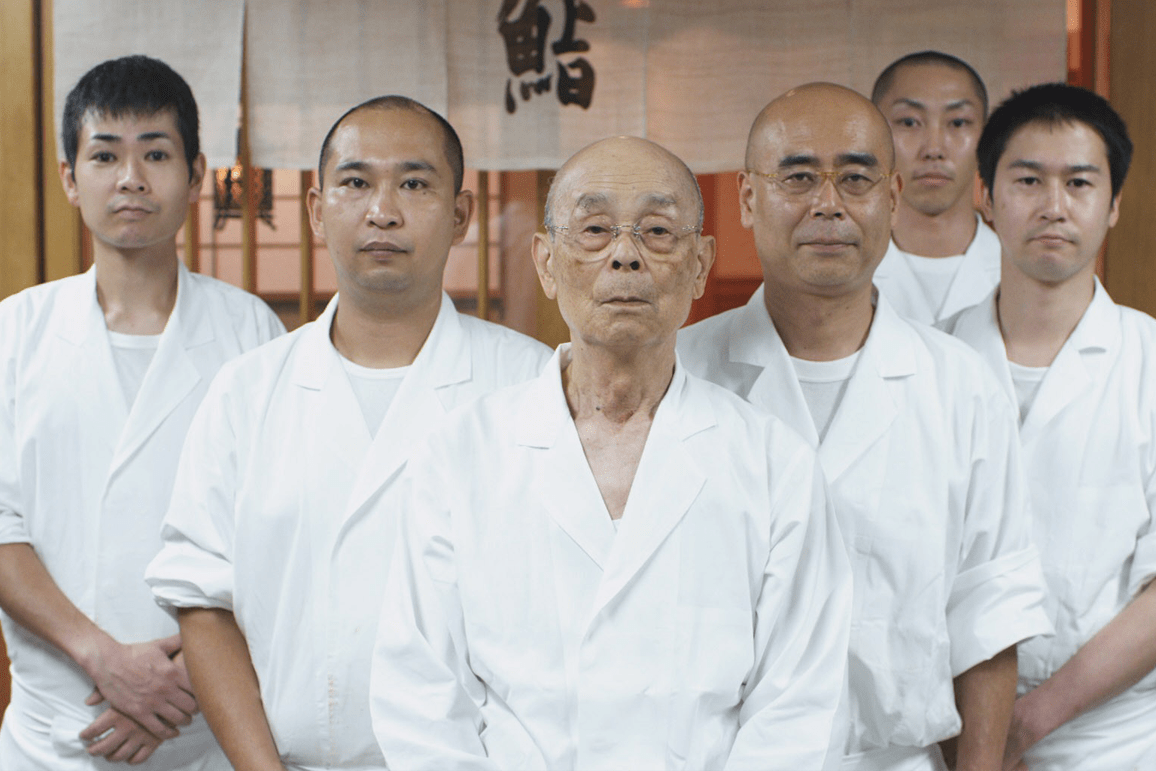 If there was no film made about Jiro, it would be easy to look at his life from the outside and mistakenly believe that he is an 85 year-old man who never achieved retirement, who remained at the same sushi restaurant for several decades, who never made the leap to a larger business, and who lacks meaning.

This would be a classic mistake of thinking a meaningful life has to look a certain way.

I think we all want to find meaning in life. Unfortunately, we have a tendency to look for it in the wrong places. Instead of chasing autonomy, competence, and connection, we strive to accumulate more things.

We think more is synonymous with better. More square feet, more trinkets, more money, more degrees, and more accolades must lead to a meaningful life. But this is where consumerism has led us astray. Even worse, it has drawn us into a competition that we don’t actually want to compete in.

The world as a whole is wealthier than it has ever been in human history, and yet happiness levels haven’t budged in decades.

I think the problem lies in our modern obsession with chasing a life that looks good instead of a life that feels good. 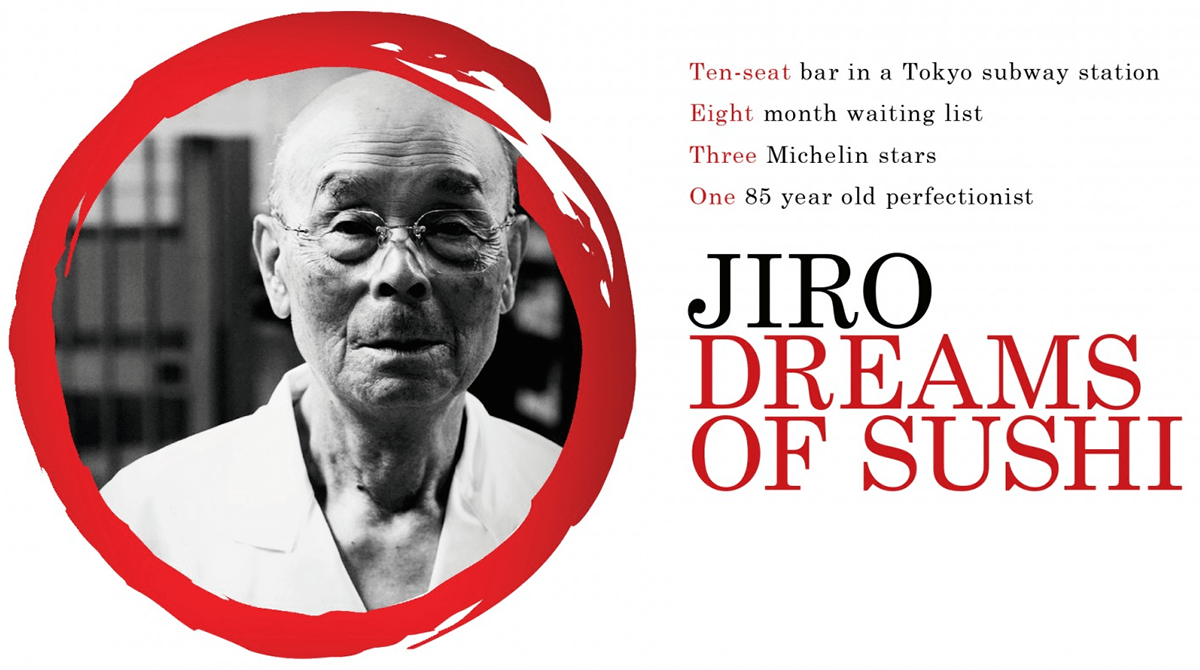 We could all benefit from taking a page out of Jiro’s playbook. In particular, this means moving towards a life that feels meaningful, no matter what it looks like.

This requires some experimentation. Sometimes you have to go out on a limb and try a new way of living to see if it brings you meaning.

The rising popularity of digital nomad lifestyles is causing many young people to believe that best route to a good life is through being your own boss, traveling around the world, and working from your laptop. This could be the answer for some, but not for all. In this article, one man describes the dark side of the digital nomad lifestyle, saying

“One successful entrepreneur, in a rare moment of vulnerability, recently wrote that he burst into tears in a small suburb in Japan watching families ride their bikes together in a park. It struck him that this simple, mundane pleasure was something he would never know again.”

Another appealing lifestyle choice is traveling the country full-time in an RV. This could bring meaning, but for this couple they found it had the opposite effect, stating:

“Sure, the travel is fun. We love our Airstream and we love being with our pets. We spent our second weekend traveling at the beach. It was everything we wanted—except, we weren’t happy. We didn’t feel the joy we thought we would. We missed our family, I struggled to find time for my business, and our budget was bursting at the seams.”

There is no cookie-cutter formula for finding meaning in life. What works for one person might not work for the next. Your task is simply to seek out meaning in your own unique way, without worrying about what that looks like.

Personal finance plays an important role in all of this. In the quest for a life filled with autonomy, competence, and connection, money provides the autonomy. It gives you freedom to make choices and try different ways of living. But money alone does not bring competence or connection. For those, you need to find work you enjoy and a social circle to connect with.

Part of the reason Jiro’s daily life is so wonderful is because he has autonomy. He earns enough money from his business to be his own boss. Without money concerns, he can focus all his energy on creating the best sushi in the world and embracing a life that gives him meaning.

No matter what you pursue in life, your finances will be the backbone that support your lifestyle. Your savings and investments will provide the means for you to pursue a life that feels good, whether that means backpacking in southeast Asia, traveling full-time in an RV, raising a family in the suburbs, taking a gap year in Bolivia, or running your own sushi restaurant in a Tokyo subway station.