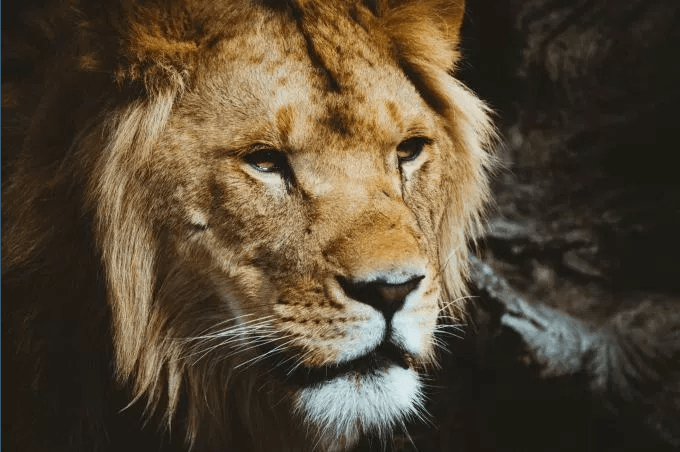 Last night I watched a documentary on Netflix called Eddie – Strongman. It was the story of an English man named Eddie Hall who was on a quest to become the strongest man in the world.

Here’s the two-minute trailer for the documentary:

The film shows a behind-the-scenes look at Eddie’s personal life, his weightlifting sessions, and the setbacks he endures on his path to become the world’s strongest man.

Whenever I watch documentaries about someone’s life, I pay close attention to two things:

1. What truly matters to this person in life?

2. How does money hinder or help this person on their quest to do what they want in life?

When I watched Jiro Dreams of Sushi, I was easily able to answer these questions. Sushi chef Jiro Ono only cared about making the world’s best sushi and being around people he loved. As for money, he earned enough income from his restaurant that he had the freedom to wake up each day and spend it exactly how he wanted. This explains why, at age 92, he is still working full-time at his sushi restaurant.

In the case of Eddie Hall, he came right out and answered the first question, saying something like,

“All that matters to me is being with my family and becoming the strongest man that ever walked the earth.”

The answer to the second question was far more interesting, though. How did Eddie’s finances affect his ability to pursue his dream?

Eddie earned a living by working 50 – 60 hours per week as a car mechanic. When he left the shop in the evenings, he would head to the gym and train for 3 – 4 hours. By the time he got home, his children were often in bed. This grueling schedule meant he was able to chase his dream, but at the expense of seeing his family.

During one interview, Eddie began to tear up when talking about the sacrifices he had to make to be a strongman. He told the cameramen to stop filming.

Eddie’s finances clearly put a strain on his life. At this point in the documentary, I began to question how long he could keep up his training regimen without losing his family.

A sports supplement company offered to sponsor him, which provided a steady income and free food/supplements so that he could quit his day job and commit to being a strongman full-time.

It was at this point that Eddie finally had more time to spend with his family. He could also focus even more on his diet and his training, which meant he became even stronger.

Towards the end of the documentary, Eddie competed in the 2014 World’s Strongest Man competition and placed sixth. He was incredibly discouraged with his placing, but shortly afterwards he went on to set a record he had been eyeing for years: the world’s heaviest deadlift.

This was a great way for the film to end. Eddie didn’t win the coveted title of World’s Strongest Man, but he did own the record for his favorite lift.

I checked out Eddie’s Wikipedia page and found out that he eventually did win the World’s Strongest Man Competition in 2017, three years after the end of this documentary. 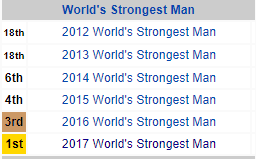 Some Thoughts on Money, Meaning, and Drudgery

I loved this documentary for so many reasons.

Eddie wanted the one thing most of us crave: more free time. Unfortunately, for years he was unable to obtain this free time because he had to work so many hours to pay the bills. It wasn’t until he received his sponsorship that he was able to stop working so much.

Many people are in a similar financial situation as Eddie. They want the freedom to spend more time with family and spend more time doing things they love. Unfortunately, bills are bills. We all need income to live.

I think we can all take a few pages out of Eddie’s playbook, though.

First, become clear on what you want. Eddie wanted to spend time with family and train in the gym. That’s it. What do you want?

Second, align your spending with the things you want. Only buy what is necessary. Live simply. This will help you save money. Eddie lived in a small house in an average neighborhood. Granted, he spent far more on food than most people, but only because that aligned with his goals.

Third, always pursue your true interests outside of your day job. Over time, you’ll gain the financial means and the skills you need to achieve freedom. Eddie worked full-time for years before he received his sponsorship. He consistently honed his lifting skills outside of work. He endured drudgery until he earned his freedom.

I think we can all apply these simple lessons to our own lives. With clear goals, low spending, and steady skill-building, it’s possible for anyone to gain freedom over time.