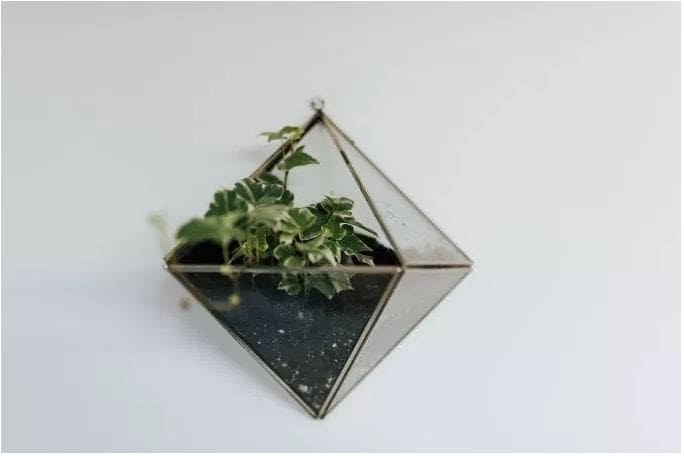 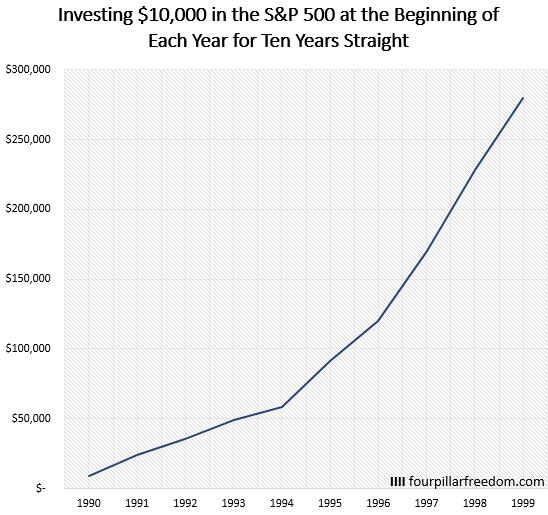 This was one of the best 10-year periods in U.S. stock market history. 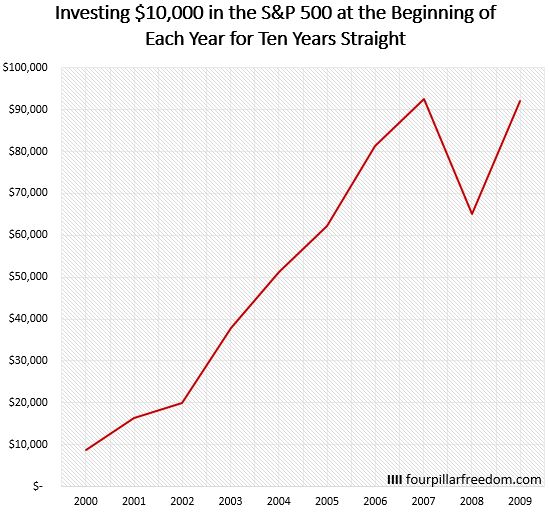 And here’s how much a $10k yearly investment in the S&P 500 would have returned during each decade since 1930: 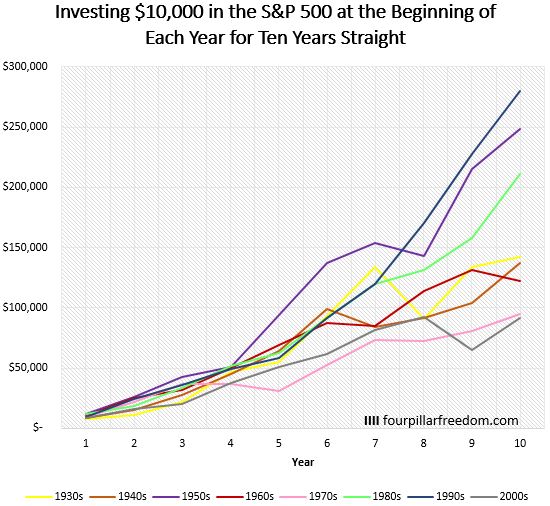 If there’s one message this chart conveys, it’s that investment returns can fluctuate significantly from one decade to the next.

Unfortunately, as an investor, you don’t have control over how the stock market performs during a given decade.

What you do have control over is how much you choose to save and invest.

Suppose you instead invested $15,000 each year: 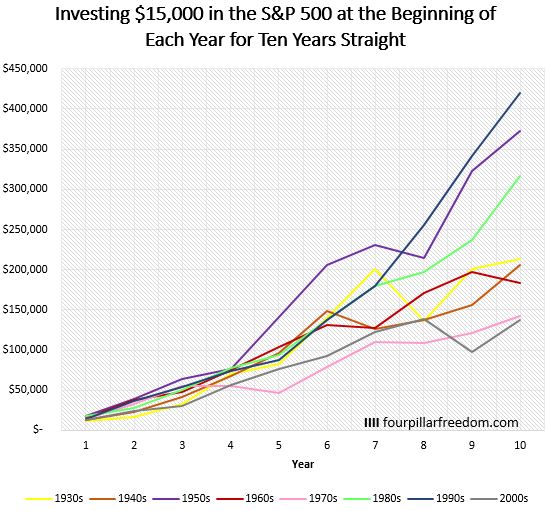 Through investing $15k each year instead of $10k, you could have systematically increased your total net worth by 50% no matter what decade you invested in: 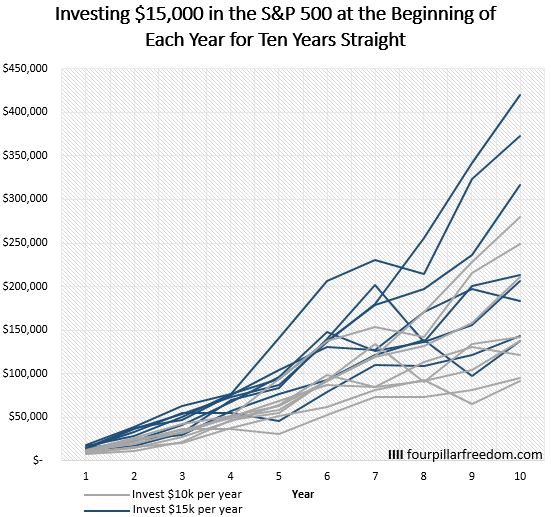 And if you invested $20k per year, the results are even more dramatic: 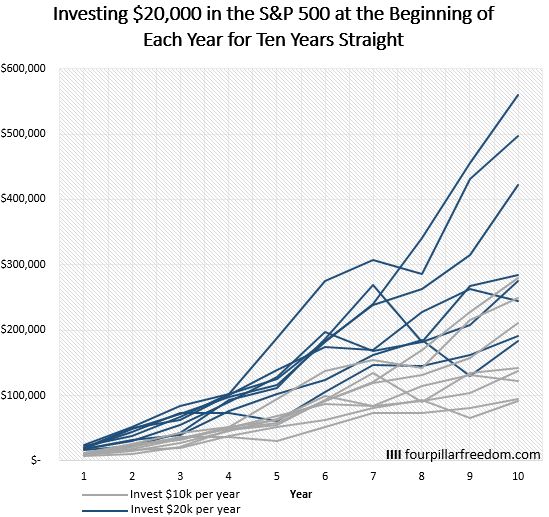 These results aren’t earth-shattering. If person A invests $10k, person B invests $20k, and they both earn identical investment returns, person B will always end up with twice as much as person A.

Stock market performance in a given decade is largely out of your control.

Your savings rate in a given decade is largely within your control.

No matter how the stock market performs during the remainder of the 2010s, the 2020s, and beyond, you should focus on the variables you can control.

By doing so, you’ll have more money left over to invest, which will lead to a higher net worth despite what the stock market does over the coming decades.