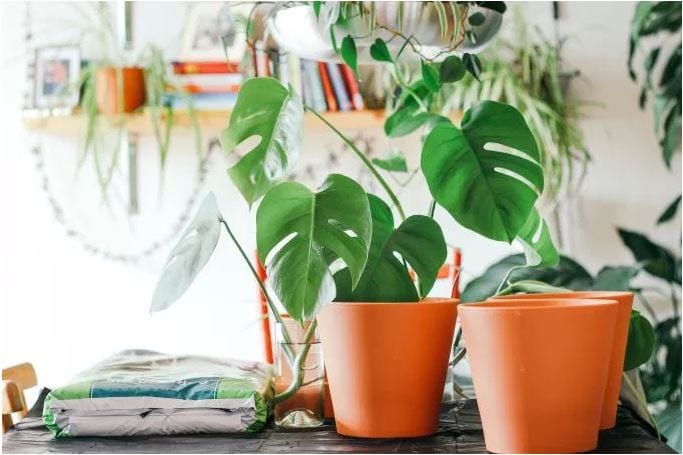 Each night before I go to bed I type out a short note to myself on my phone. I write about  whatever happened that day, how I’m feeling, any concerns I have, and any random thoughts floating around in my head.

This is a habit I started a couple years ago and it’s one that I’m glad I practice because it’s fascinating to go back and read old notes from months or even years ago.

This morning, out of curiosity, I read a note that I had written exactly one year ago on April 26th, 2017. Here it is:

“I feel stuck. It literally feels like it’s impossible to make any money from blogging. It’s fun to write but I don’t think it’s something I can earn money from.

These stats finals suck too. If I don’t pass them, I’m screwed. I can’t imagine taking any of these classes again.

I wish I could get a salary bump at ***** too. I feel so antsy, I just wanna make some visible progress and see some results. I’m tired of feeling stuck. I think I’m doing the right things, but I hate feeling like I’m not getting anywhere.

I’ll keep writing on the blog, keep trying to earn a higher salary, and hopefully get through these damn finals.”

It’s almost funny to read this note now, one year later, and see how stressed out and anxious I was about making progress. At the time, I had three concerns, all of which worked out just fine.

1. Passing my finals – I studied my ass off that week and fortunately passed all of my final exams.

2. Earning money from blogging – this was something I severely underestimated the timeline on. I thought blogging would be an easy income stream to develop, one that I could build up in under six months. I was sorely mistaken. At the time, I had earned a total of $0 blogging. It took at least another six months to see some real income. Fast forward one year later and I’m on pace to earn over $1,000 from blogging this month.

3. Landing a higher salary – I never did get the salary bump I wanted at my old company, but fortunately through blasting out my resume to several companies last summer I was able to eventually land a higher-paying job, increasing my salary from $52k to $80k.

I ended up getting everything I wanted, just not as quickly as I had hoped. I was putting forth the necessary effort to pass my finals, grow my blog, and earn a higher salary, but I wasn’t seeing any visible results. At least, not immediately. The rewards started to come, I just had to be patient.

I experienced this “delayed recognition” most recently when I applied for a dream job at a data visualization company. One of the pieces I submitted as part of my application was an interactive data visual that showed the net worth of Americans by age. I spent 15+ hours on this single visual, so I felt pretty discouraged when I got denied for the job. I ended up publishing the interactive visual as a post here on the blog that same week.

About a week later, the post got featured by J.D. Roth at Get Rich Slowly and then by Tadas Viskanta at Abnormal Returns. Shortly after, Barry Ritholtz gave me a shout out on Twitter:

These three guys drove thousands of eyes to my blog during those two weeks, which lead to 50+ new subscribers and hundreds of dollars in ad and affiliate revenue. So, although the effort I put forth making the visual wasn’t rewarded in the form of a new job, I still received the payoff in an unexpected way.

If there’s one lesson I have learned over this past year, it’s that effort is always rewarded, but rarely as quickly as you would like.

Sometimes the skills you spend time building up – writing, coding, website-building, side-hustling, public speaking, etc. – don’t always have an immediate payoff, but the effort that you put in to acquire those skills will always be rewarded at some point.

I still get discouraged when I don’t experience success as quickly as I would like, but I take comfort in knowing that the effort I put forth is rarely wasted.

I’ll leave you with these three charts that I shared in an old post titled “Success Is Not Linear”:

What people think the path to success looks like: 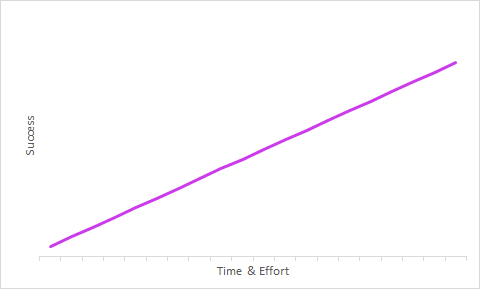 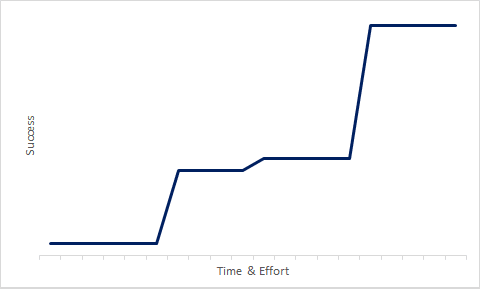 Time & Effort always meet up with success at some point: 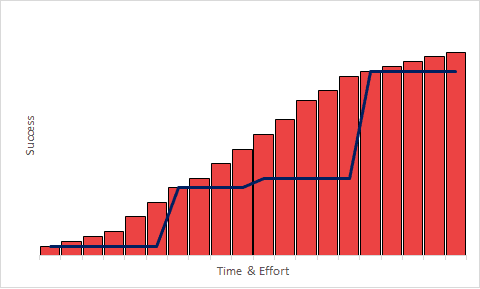