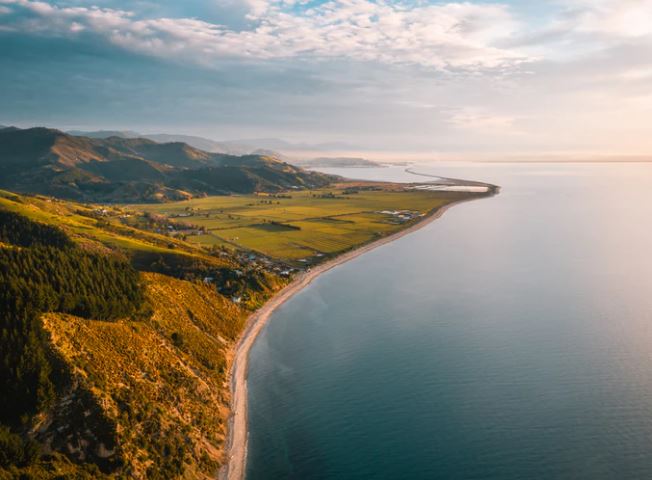 The Golden State Warriors have won three out of the last four NBA Finals.

As of today (Dec. 26th, 2018), they have the second best record in their conference and are on track to make another NBA finals run this year.

Most of their star players including Steph Curry, Kevin Durant, Klay Thompson, and Draymond Green are all 30 years or younger, which puts the team in a great position to continue to dominate for years to come.

By most measures, the Warriors have created a basketball dynasty.

However, most people don’t recall the many years leading up to this dynasty, during a time when the Warriors consistently sat at the bottom of the league standings and had a bleak future.

In his first season, Curry averaged 17.5 points per game, 5.9 assists per game, and the Warriors finished the season with 26 wins and 56 losses, the fifth worst record in the league.

The next year, Curry averaged 18.6 points per game, 5.8 assists per game, and the Warriors finished with 36 wins and 46 losses.

The following year, Curry struggled with injuries and averaged just 14.7 points per game, 5.3 assists per game, and the Warriors finished with just 23 wins and 43 losses in a shortened season due to the NBA lockout.

So, during Curry’s first three years in the league he never averaged more than 20 points per game and the Warriors failed to record a winning season.

At this point, Curry was knee-deep in the trough of sorrow.

The Trough of Sorrow

The “trough of sorrow” is a term that Paul Graham, co-founder of Y Combinator, came up with to describe that point in the journey just after you have launched a new business and are not experiencing the immediate success you thought you would:

This is common. When you first launch something new, you experience a rush of excitement and you have a grand vision for the future.

Shortly after the launch, though, the excitement dies down and the real work begins. You show up each day, work on your project, and put in the hours. Over the course of those first few weeks and months you experience some ups and downs, but mostly you make little visible progress.

This is the trough of sorrow. It’s the point where you question whether or not your project is just a dumb idea that you should stop pursuing.

In Atomic Habits, James Clear describes this as The Valley of Disappointment: 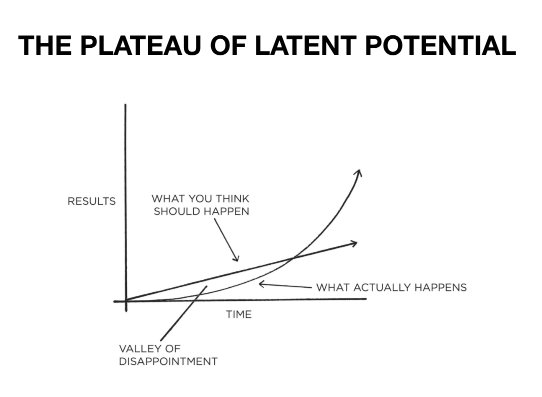 It’s the beginning part of your journey where you expect to make noticeable progress, but rarely do.

The Valley of Disappointment shows up in almost every area of life, whether it’s building your net worth, starting a blog, creating a business, or anything else.

The Financial Trough of Sorrow

When you first start out on your financial journey as a 20-something, it’s tough to make immediate progress because most of your initial net worth growth comes from your savings, not your investment returns. And for a young person with an entry level salary and a weak skill set, it can be hard to earn the income needed to get the net worth flywheel spinning.

The Blogging Trough of Sorrow

Anyone who has ever started a blog is likely familiar with the blogging trough of sorrow. When you first launch a blog, it’s exciting. You’re motivated and eager to grow it into something incredible.

What you soon realize, though, is that most people don’t care that you launched a blog and most people aren’t interested in reading what you’ve written. You can write one post per day for months at a time and still receive little to no pageviews.

I experienced this myself when I first started this site.

When I launched in November of 2016, I received just over 1,000 pageviews during the entire month. The next month, I received about 15,000 and I was on top of the world. However, I quickly entered the trough of sorrow in the months to follow.

During the next six months, I never broke more than 15,000 pageviews and my blog growth was completely stagnant. I contemplated shutting it down. However, I kept writing and slowly over the next 18 months my blog grew more and more and I recently crossed my first month with over 100,000 pageviews:

Persistence: The Antidote to The Trough of Sorrow

The only way to get through the trough of sorrow is to be annoyingly persistent. Keep showing up each day and working on that thing you want to get better at. Keep going when most people would quit.

One of my favorite examples of someone who used persistence to overcome setbacks is bestselling author Stephen King. In his book On Writing, he shares that he received dozens of rejection letters from publications when he was starting out. But instead of quitting, he simply started nailing the rejection letters to his bedroom wall.

“By the time I was fourteen the nail in my wall would no longer support the weight of the rejection slips impaled upon it. I replaced the nail with a spike and went on writing.”

Through his persistence, he was able to make it through the trough of sorrow and become one of the most famous writers of our time.

The Warriors used a similar technique. Each year, they consistently picked up one or two players that made their team a little better. In Curry’s fourth year, the Warriors made the playoffs but didn’t make it to the finals. The fifth year they made the playoffs, but failed to make the finals again. Finally, in Steph Curry’s sixth season with the team they finally won the NBA finals.

Through persistence and gradual improvement each year, the Warriors were able to climb out of the trough of sorrow and rise to the top of the league.

Start Where You Are and Get Moving

When most of us look at someone like Steph Curry who is currently the face of the best team in the NBA, we mistakenly assume that he has always been a superstar.

We tend to think that the Steph Curry we see today is the same guy in this video who can casually make 93 out of 100 three-pointers at the end of a practice:

We’re prone to forget about the Steph Curry who averaged just 14.7 points per game in his third year as a member of one of the worst teams in the league. We forget that Steph Curry had to wade through the trough of sorrow at one point too.

Whether you’re trying to start a blog, a business, or any other endeavor, keep in mind that the first few months (and sometimes years) are often the hardest. You might not make as much progress as you’d like and you’ll likely feel like quitting at some point.

The key to making it through the trough of sorrow is persistence and patience. As James Clear said: “Rome wasn’t built in a day, but they were laying bricks every hour.”

Patient People Are Outliers and Their Advantage is Insane
How Long Does It Take to Grow a Successful Blog?

17 Replies to “Overcoming the Trough of Sorrow”