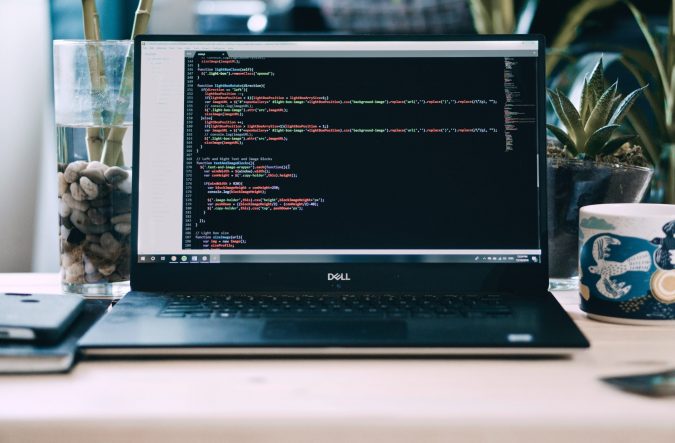 A few days ago I received an email from Mediavine that my site Wander Cincinnati had been approved to join their advertisement network.

For those who don’t know:

The best part about Mediavine is that they handle everything ad related so you don’t even have to think about it.

You write articles. Mediavine places ads within your articles. You receive a check each month. Simple as that.

Mediavine ads are now the main source of income for Wander Cincinnati.

In this post I’ll share the details of how I grew Wander Cincinnati (WC) to profitability in just 9 months.

I became inspired to start WC when I stumbled upon Discover the Burgh, a site ran by one couple that was dedicated to sharing all things Pittsburgh-related. For example:

Once I took a closer look at their site, I found that they were crushing it and were bringing in around 100,000 visits per month.

Immediately I thought “Perhaps I can create a similar site based around Cincinnati?”

After all, the two cities were quite similar. They were only five hours apart, both located in the Midwest, and both had similar population sizes.

If one couple could create a 100k+ visits/month site based entirely around stuff to do in Pittsburgh, surely I could replicate their success with Cincinnati.

So, I registered the domain name wandercincinnati.com and started writing articles that very week.

I knew from the beginning that I wanted most of my site traffic to come from Google because this offered the most passive form of traffic.

I wanted to write an article just one time and have it rank on the front page of Google for years to come, bringing in recurring traffic and income without any additional effort on my part.

So, I created a content plan using a $7 7-day trial on ahrefs.com and found around 250 different topics to write about on WC, including:

Once I had a content plan, I was done with my research. The next step was to start writing articles.

Here’s a look at how many articles I actually produced each month for WC, since August 2019: 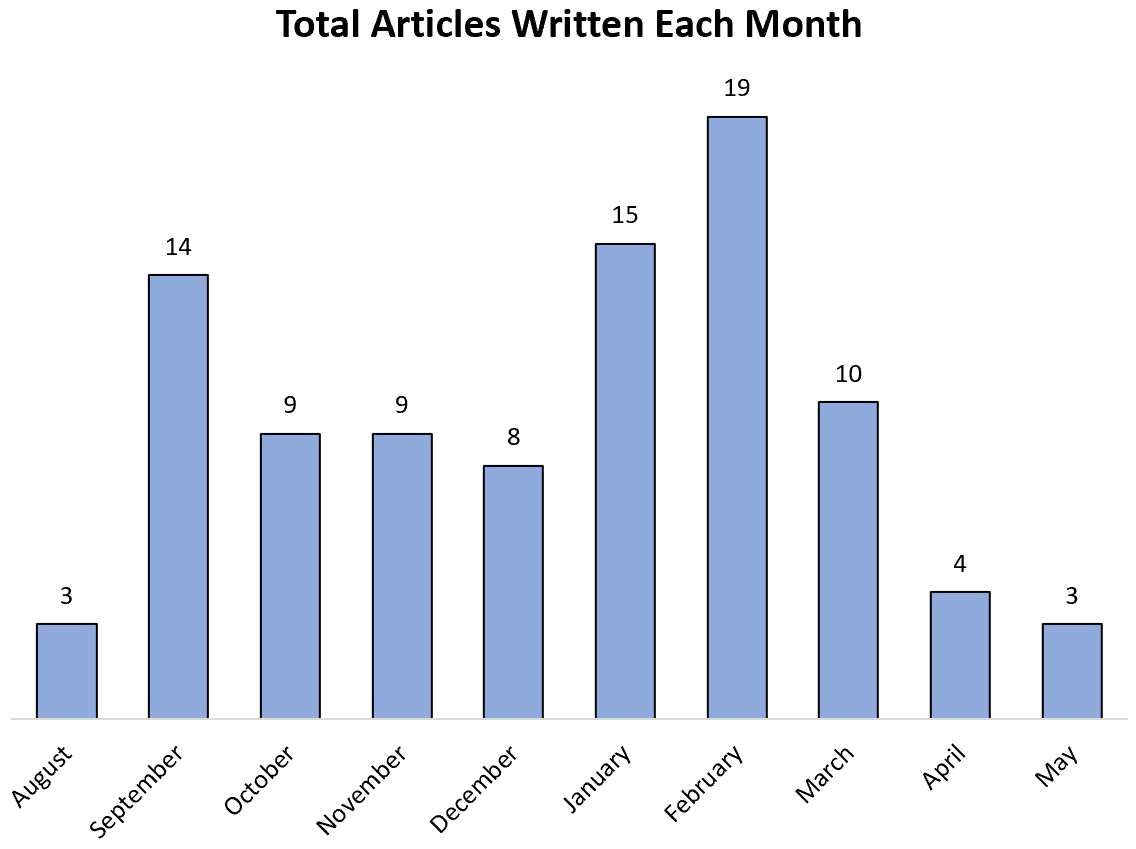 I kicked things into overdrive during January – March, the coldest months of the year in Cincinnati where I spent most of my time indoors anyway. I followed this up with a couple less productive months in April and May.

Not including August (since I started the site in the last week of Aug.), I produced an average of 10.1 articles per month for WC. At the time I applied for Mediavine, there were a total of 95 articles on the site.

Approximately 91% of all of my traffic on WC comes from Google organic search. This means people are typing in things like “Best coffee shops in Cincinnati” and finding my articles on the front page of Google: 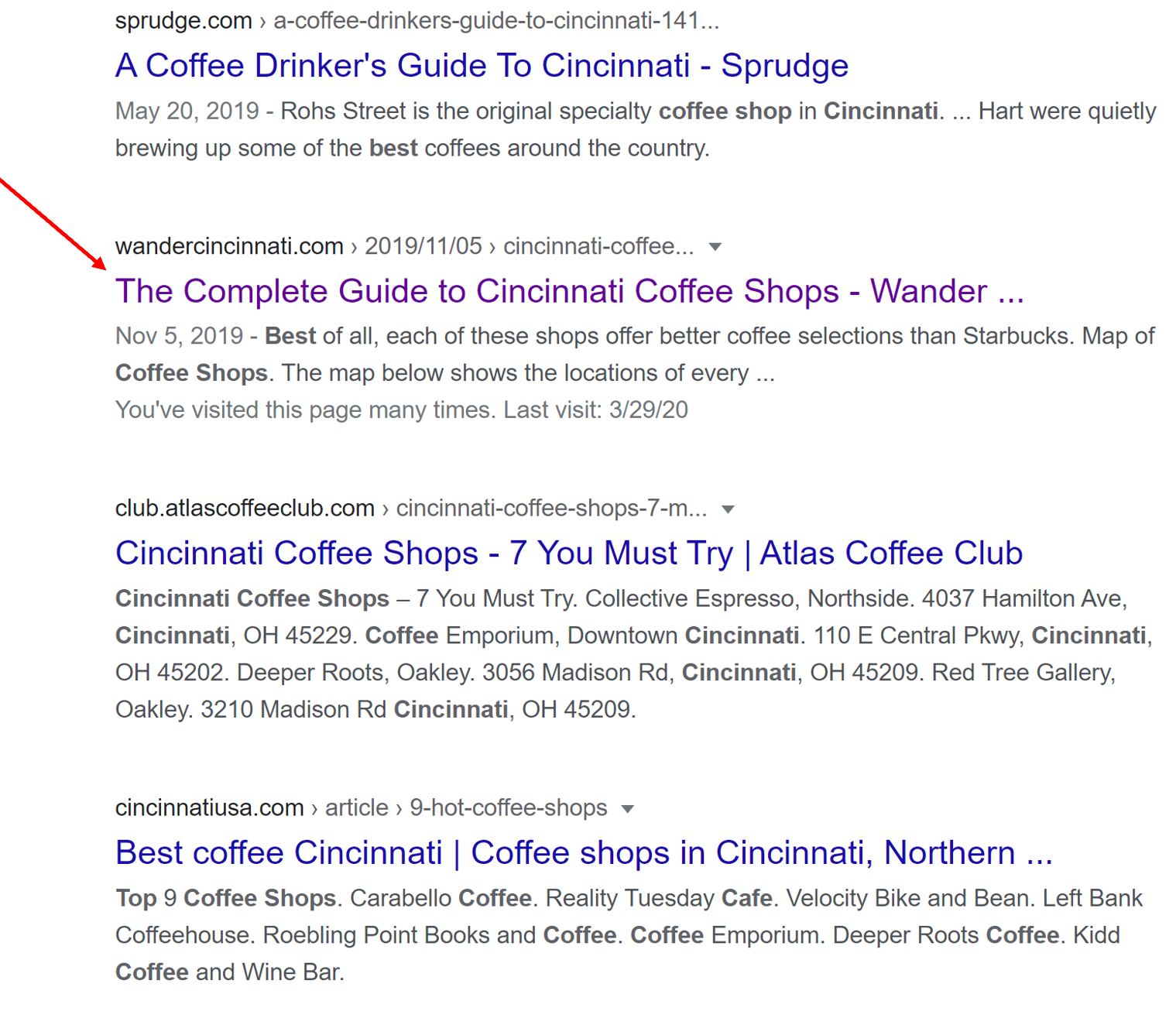 Here’s a look at my total organic traffic by month, since I started the site:

During the first three months of September, October, and November, the site basically had zero traffic.

This is completely normal for a new site. No matter how helpful and SEO-optimized your articles may be, you will not get traffic during your first few months. This is the nature of SEO.

But once you cross that 3-month threshold, things start to ramp up. Your articles begin to appear on the front page of Google. You start to bring in more organic traffic, and Google begins to show you more love.

This is exactly what happened with Wander Cincinnati. As you can see from the screenshot, traffic grew steadily over time after the initial three months.

I knew from the start that I wanted to monetize WC with Mediavine ads.

Ordinarily you need 25,000 sessions (or roughly 30,000 pageviews) during a 30-day period to be accepted into Mediavine, but if you already have an existing site on their network then they only require around 10-15,000 monthly sessions for a new site to get accepted.

Once WC hit nearly 15,000 sessions in a 30-day period, I applied. After three weeks, I received the confirmation email that the site was accepted.

I expect WC to do around 20,000-25,000 sessions during June and I expect traffic to continue to grow over time. Based on these numbers, it will likely bring in $300 – $500 per month purely from ads during the first few months.

And since nearly all of the traffic to WC comes from Google organic search, it means that the site will bring in purely passive income from ads. I can take weeks off when I don’t feel like writing and both my traffic and income will remain consistent.

I love the city of Cincinnati and I plan on living here for the foreseeable future. This means that Wander Cincinnati is something that could be a lifelong endeavor for me.

It’s not just a site that I want to use to make a few hundred bucks per month; I can see it becoming a $5,000+/month income site over the course of the next few years as I continue to add more content to it.

I’ll continue to monetize the site with ads and, once it reaches an even larger size, I’ll start offering paid promotional posts for local businesses and restaurants which will bring in even more income.

The point of this post is to show you that it’s possible to create a profitable website from scratch in less than a year by simply doing a few things right. Namely:

Do these three things and you can’t help but end up creating a profitable website.

For in-depth explanations of how to create a content plan and how to write SEO-optimized articles, refer to the tutorials in the Income Community.