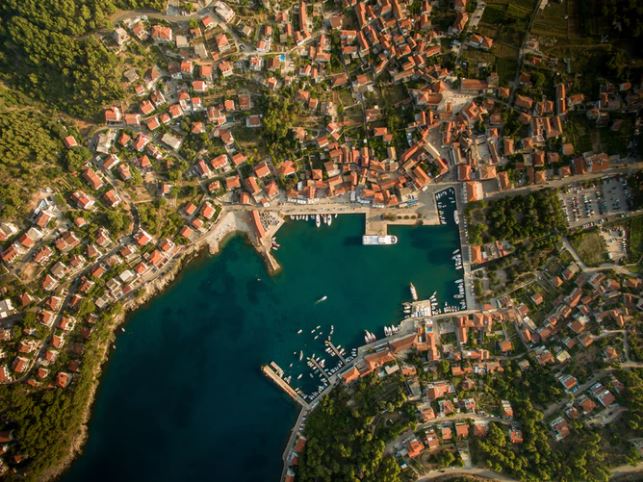 According to the job site indeed, the average salary in the U.S. for a junior data scientist is $90,923: 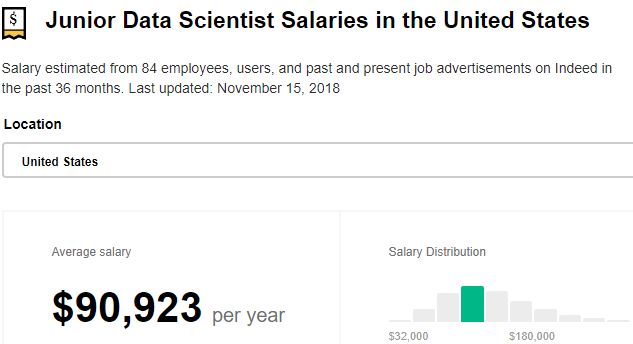 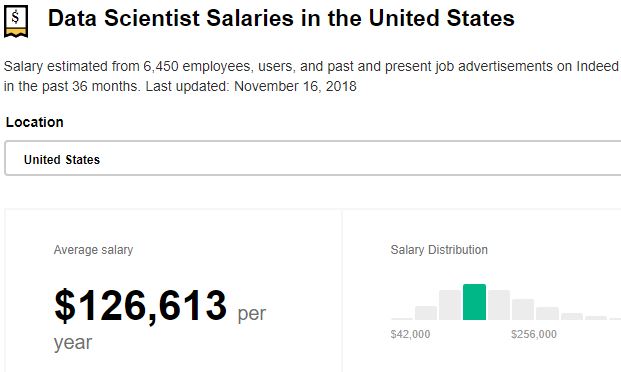 If I narrow down my search results to just my home state of Ohio, I see that the average salary for a data scientist is $106,178: 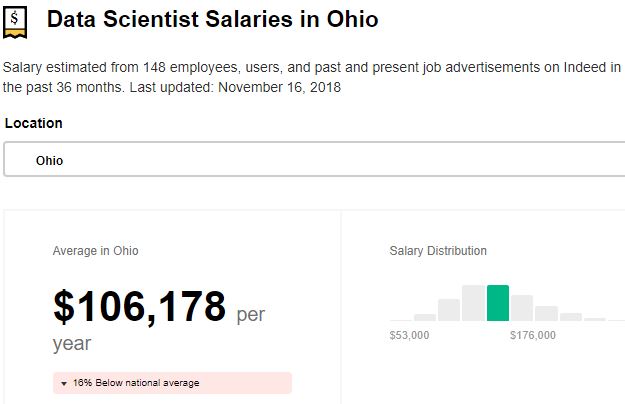 And within Ohio, the average salary fluctuates quite a bit from city to city: 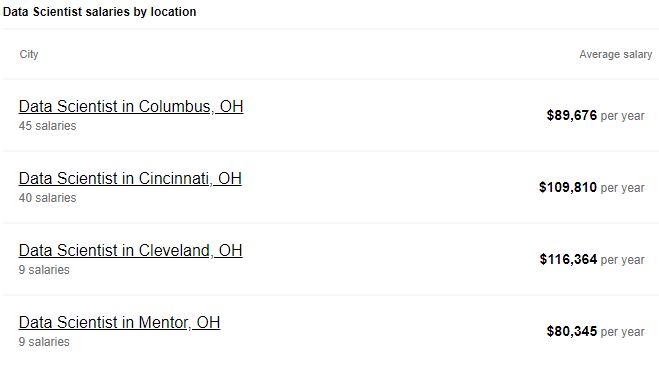 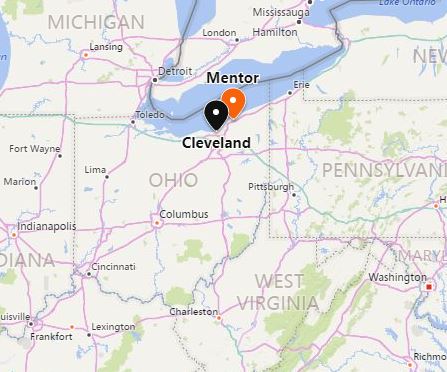 Yet, none of these cities come close to the national average salary of $126,613 for data scientists.

Does this mean I should move to a bigger city like San Francisco where the average salary for data scientists is over $152k? 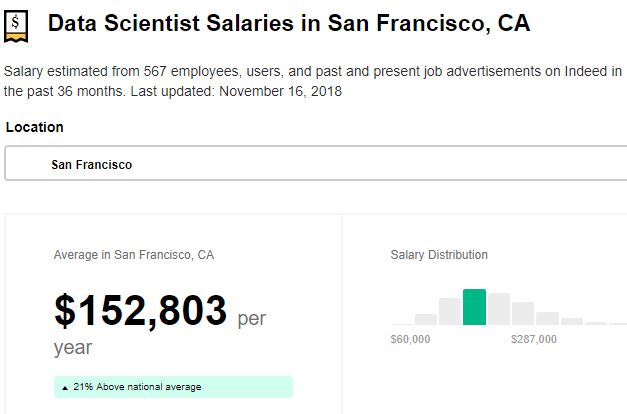 To answer this, let’s run some numbers.

Cost of Living: The One Factor That Can Cancel Out a High Salary

The financial site Nerdwallet has a neat Cost of Living Calculator that lets you compare the cost of living between two different cities. If I type in my current city of Cincinnati, OH and compare it with San Francisco, CA based on my salary of $80,000, I find that I would need to earn $160,840 to maintain my same standard of living: 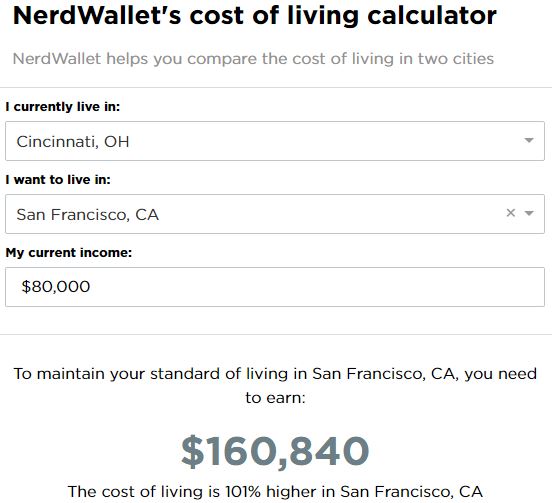 This is because the cost of living is twice as high in San Francisco as it is in Cincinnati. In particular, the housing costs are 326% higher according to Nerdwallet: 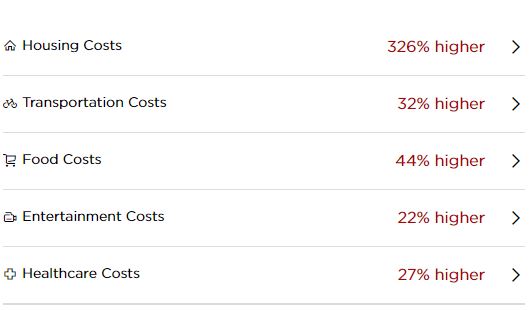 Along with higher housing costs, it turns out that gas, food, entertainment, and healthcare are all considerably more expensive in San Francisco too:

Let’s assume that I could move to San Francisco and land a job as a data scientist earning the median salary of $152k. According to the SmartAsset Income Tax Calculator, I would bring home roughly $100,000 after taxes.

Let’s also assume that my annual expenses would double to $48,000 since the cost of living is about twice as high in San Francisco as Cincinnati. This means I would be able to save about $52k per year and my savings rate would be about 52%.

In summary, I can save about $36,000 per year from my current salary in Cincinnati and maintain a savings rate of 60%. If I moved to San Francisco and earned the median salary for a data scientist, I could potentially save $52,000 per year but my savings rate would drop to 52%.

One potential strategy I could use is move to San Francisco (or a similar tech hub) and increase the amount I’m able to save each year, then simply leave the city and move somewhere cheaper (like Cincinnati) once I decide to quit my 9-5 job. I have met several people in the personal finance community who are currently living in expensive cities simply to earn a high income for a few years before they decide to quit and relocate to a cheaper location.

This idea is appealing to me and I would potentially consider it. It’s important to keep in mind, though, that I’m using a ton of assumptions when I run these numbers. It’s possible that I wouldn’t earn such a high salary in San Francisco.

For example, if I was only able to land a salary of $120k, I would only bring in about $82k after taxes. With annual expenses of $48k, I would only be able to save $34k per year in San Francisco, which is actually less than I’m able to currently save in Cincinnati.

In theory, it sounds like a great idea to move to a tech hub like San Francisco and double my salary, but it’s important to keep in mind that I would only benefit financially if I was able to save as much of that salary as I’m able to save currently in Cincy.

If you’re someone who is considering moving to a different city to earn a more lucrative income, I encourage you to run the numbers first.

It’s certainly possible that you could boost your savings and turbo-charge your path to financial independence with a higher salary in a new city, but keep in mind that the amount you save matters more than the amount you earn. You might actually be able to save more on a lower income in a cheaper city compared to a higher income in an expensive city.

As Dave from Accidental FIRE recently wrote, there doesn’t exist one “correct” path to financial independence. Perhaps moving to a new city and boosting your salary could be the right financial move for you. Perhaps not. No matter what you decide to do, always run the numbers first.

8 Replies to “Should You Move to a New City to Increase Your Income?”