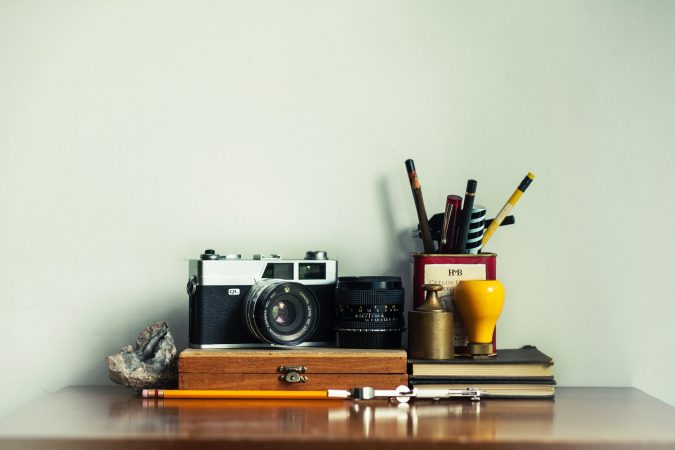 In 1965, Gunpei Yokoi, a young Japanese man in his mid-twenties, was hired by Nintendo to maintain assembly-line machines used to manufacture playing cards.

One day at work, Yokoi crafted a simple wooden device that could extend like an arm to reach faraway objects without standing up.

The president of the company, Hiroshi Yamauchi, took notice of this device on a visit to the factory and asked if Yokoi could develop a game out of it.

Yokoi added colored balls for the wooden arm to grab, named it the “Ultra Hand,” and presented it to Yamauchi. The simple game immediately went into production and Nintendo sold 1.2 million sets.

Yokoi was promoted to the company’s first ever Head of Research and Development. He went on to become the original designer of the Game Boy, the inventor of the “cross shaped” control pad, and the producer of several critically acclaimed video game franchises such as Metroid and Kid Icarus.

This philosophy is what allowed him and his teams to produce massively successful games that, despite having simple interfaces, were fun and addictive to play. By focusing on the one thing that mattered most – how “fun” a game was – he was able to sell millions of copies.

Identify the one thing that matters most.

Yokoi’s approach to game-making worked so well because it involved saying “no” to all of the distractions that come with using cutting edge technology. By focusing purely on how fun a game was, he was able to pour all of his time and energy into the one thing that mattered most.

Many of us could benefit from applying this philosophy to our own work. Identify the one thing that matters the most and, as much as possible, ignore all of the other shiny distractions that just don’t matter.

For me, I earn a full-time living by operating several profitable websites. The one factor that affects my monthly income the most is my total website traffic – that is, the number of people who visit my site each month. The more people who visit, the more income I earn in the form of advertisements, affiliate links, and my own products.

And the one thing that affects my monthly traffic the most is the number of articles I have sitting out on the internet. The more articles I have, the higher the probability that more people will stumble across one of my sites.

So, while I could spend my time doing a million little tasks like tweaking my website design, optimizing my social media accounts, attempting to get backlinks to my site, experimenting with different plugins, and buying Facebook ads, these things are mostly just distractions that would keep me from doing the one thing that matters most: writing new articles.

I know that this is the single most important task because if I only do this one thing and ignore everything else, my website traffic and my monthly income will steadily increase over time. I can’t say the same about any other task.

Because of this, I’ve set up a schedule for myself that enables me to spend 90%+ of my work time writing articles.

Here’s a screenshot of my schedule from my personal Notion workbook:

By following this schedule, I can write 15 new articles per week, about 60 per month, and 780 per year across my portfolio of sites. This simple schedule should lead to a reliable increase in my monthly income over the coming months and years.

The hardest thing tends to be the most important thing.

No matter what type of work you do, there’s likely one thing that you can point to that affects your income the most. If you’re having trouble identifying this one thing, then attempt to identify the hardest thing. These two are often the same.

For example, here’s a list of easy things I could do in regards to working on my websites:

And here’s a list of hard things I could do:

Writing is hard. Much harder than fiddling around with a new website theme or buying a new widget to use. And because it’s the hardest thing, it’s the thing that also offers the greatest reward.

That’s how most things work in life. If something is easy to do and anyone can do it, it’s unlikely to be rewarded. Conversely, the things that are challenging tend to offer the greatest rewards solely because most people don’t want to do them.

If you’re truly interested in making progress in your specific line of work, be honest with yourself and identify the hardest thing that you could do on a daily basis. Then, prioritize it.

The more you do the hard thing, the easier it becomes.

I’ll be the first to admit that writing can be a bitch.

“I hate writing, I love having written.”

Looking back on something you wrote can be enjoyable. But the actual process of writing can be tedious.

The good news, though, is that because I write every single day I don’t struggle with it nearly as much as I used to. That’s the thing about hard things – the more you do them, the easier they become.

At this point, I don’t have motivate myself to drive to the coffee shop each morning and write new articles. It’s simply a habit.

No matter what financial situation you find yourself in, whether you’re attempting to increase your income through a business or through traditional employment, the path to a higher income often involves identifying the one hardest thing you can do and simply doing it over and over again.

That’s not sexy advice, but it works. The person who is able to identify the one hardest task they could work on each day, is able to accept that it’s hard, and is able to do it consistently until it’s not hard, will win over the long haul.