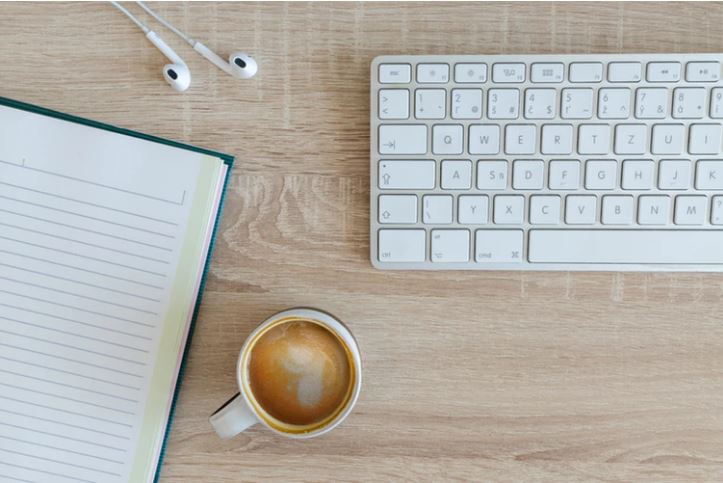 Two of the most common reasons for lifestyle inflation include:

Here’s the math that explains why.

The Math That Explains Why Lifestyle Inflation is a Wealth Killer

Let’s assume Bob is able to increase his income by 6% each year while only increasing his expenses by 2% each year. 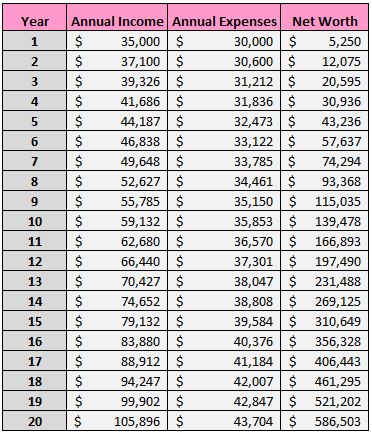 And here’s a look at Bob’s net worth trajectory over this time period: 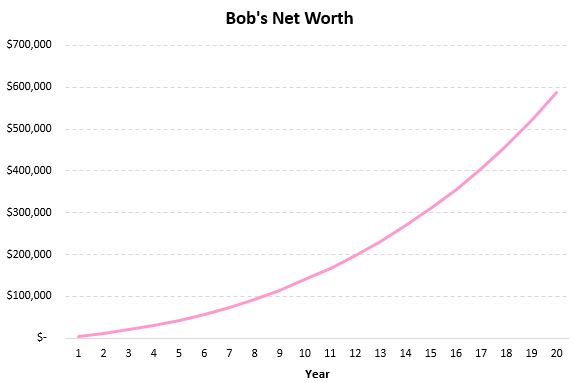 And here’s a look at Bob’s net worth trajectory over this time period, compared to the previous example: 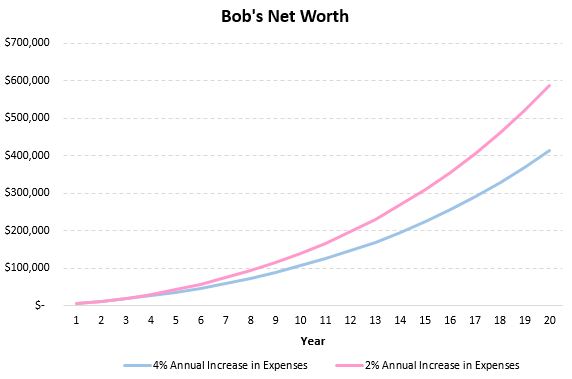 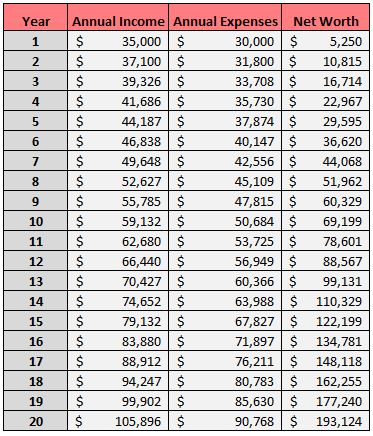 And here’s a look at Bob’s net worth trajectory over this time period, compared to the previous two examples: 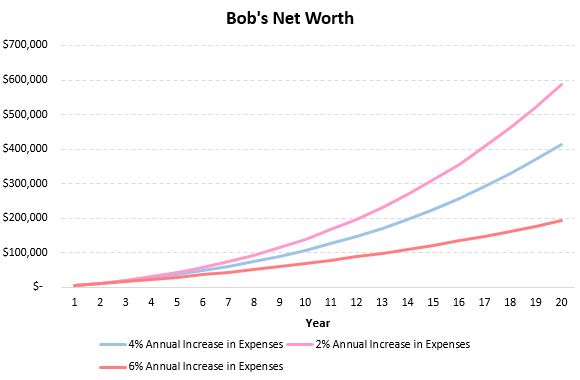 Here’s a look at Bob’s final net worth after 20 years in all three scenarios: 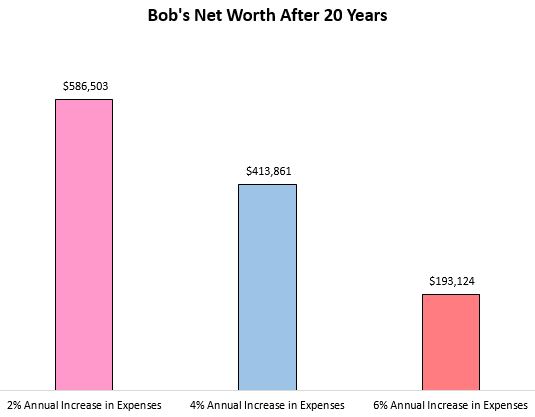 By increasing his spending by just 2% per year as opposed to 6% per year, Bob would come out ahead by over $393k!

You’ve probably read elsewhere about the benefits of continuing to “live like a college student” during the first few years out of college. The math supports this idea. Although it doesn’t seem like subtly increasing your spending during those first few years out of college has much of an impact early on, the effects reveal themselves in the later years.

Just take a look at Bob’s net worth in the three different scenarios after his first 5 years:

There’s not that much of a difference. Bob has a net worth of $29k, $36k, and $43k in each of the three scenarios after five years. That’s a fairly small difference. But as time go on, the differences grow larger and larger.

This is the nature of exponential growth. Although increasing your expenses by 6% each year doesn’t sound like much, it begins to seriously add up over time in ways that are hard to predict.

Lifestyle inflation is a subtle wealth killer because it creeps up on you. When you receive your first raise out of college, you don’t have the means to buy a mansion but you do have the ability to buy a new watch or a new pair of shoes. Then, with each subsequent income boost, you gain the ability to buy something else or upgrade some area of your life in some small way.

As you inflate your lifestyle bit by bit, your expectations begin to rise as well. Suddenly you feel that you need to maintain a certain level of spending to maintain your happiness. This is where most people trap themselves. Despite having a high income, their expenses rise to a point where they suddenly need that high income to maintain their standard of living.

Fight lifestyle inflation by spending exclusively on things that bring you joy or add value to your life. Practice being grateful for the things you already have and recognize that there are perks to living small and owning less. Focus on growing your income over time without increasing your expenses. This is how to achieve financial flexibility.