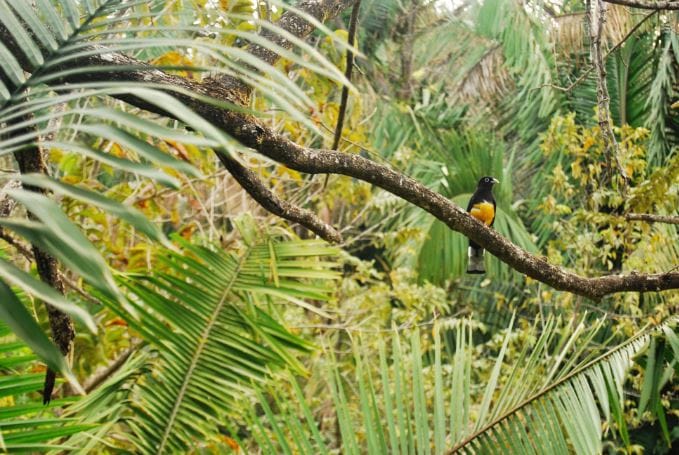 Two summers ago, I went on a study abroad trip to Costa Rica for three weeks. Once the trip ended, I headed back to the office and ran into one of my coworkers in the hallway.

Her: Woah, you’re back already?

Me: Yeah…I was gone for three weeks.

Her: Wow, has it already been three weeks? It feels like you just left.

Me: Really? It feels like I was gone for months!

I bet you’ve had this experience before. You take a trip to a new place and return feeling like you were gone for much longer than you actually were. It’s as if time somehow slowed down during your trip.

If you’ve ever felt this sensation, you weren’t hallucinating. There is a scientific theory known as the “oddball effect” which says that the degree of attention you pay to something determines how long that passage of time feels.

One famous experiment that demonstrated the “oddball effect” was conducted by neuroscientist David Eagleman. He would bring patients into his lab and flash a series of images on a computer screen. Most of the time, a brown shoe appeared on the screen. But occasionally a flower would show up instead. When asked about the images, patients would often claim that the flower remained on the screen for longer than the shoe.

In actuality, each image appeared for the exact same amount of time. The only difference was in how the patients perceived the images. They became accustomed to seeing the brown shoe, so they began to pay less attention to it. The rare flower captured their attention, though, which caused them to feel like the flower had been on screen for longer.

The findings from this experiment help explain why my three-week trip to Costa Rica felt like a multi-month trip to me, but only a brief span of time to my coworker.

When you’re traveling through a new environment, meeting a new person, learning a new skill, or encountering something completely novel, you tend to be more alert and attentive. So, when you recall that period of time, it feels like it lasted longer than it actually did since you have so many details of that time stored in your brain.

By contrast, when you encounter the same things every day, your brain begins to run on autopilot since you have no reason to collect new details or information. This is why one month of a monotonous 9-5 schedule feels like one indistinguishable blob of time when you recall it.

While I was hiking through rainforests, practicing my Spanish with the locals, and visiting volcanoes, my brain was on high alert, constantly collecting and processing new information. This extreme attentiveness made my trip feel wonderfully drawn out. Meanwhile, my coworkers following the same weekly schedule, taking the same daily commute, were going through the usual motions that made time cruise right along.

I witnessed a perfect example of how monotonous schedules tend to collapse time in a recent team meeting. We had two new interns join us, so we went around the room and had everyone introduce themselves and share how long they had been with the company.

Everyone had a good laugh, but he wasn’t joking. He was actually surprised at how long he had been working for the company.

Even as someone who has only been in Corporate America for a few years, I can relate to this feeling. This past year in particular feels like it has flown by because I have had virtually the same 9-5 schedule for the past 52 weeks and haven’t taken an extended vacation in a while. When I think back on the weeks and months, they all blend together. Heck, it feels like New Years was only a month ago. It’s not hard for me to imagine how an entire decade could feel like one big blur.

How to Slow Down Time

The way to slow down time is through regularly exposing yourself to new things. I can think of no better way to do this than to pursue a life of financial freedom, which provides the financial means to escape a monotonous 9-5 schedule and the free time to regularly experience new things.

Personally I never want to become the guy in a team meeting who openly expresses how shocked he is at how long he has been working with a company. A 9-5 schedule with only two or three free weeks each year is the perfect recipe for a sped-up, unmemorable existence. Financial freedom, by contrast, is the perfect recipe for a life of novelty, which feels slower and longer than a life of monotony.

I plan on pursuing financial freedom in the long-term to create the means to live a slower life. On my journey to that point, though, I plan on slowing down time by constantly learning new skills, attending meetups, taking vacations, and exploring my own city for new coffee shops, parks, and hiking trails.