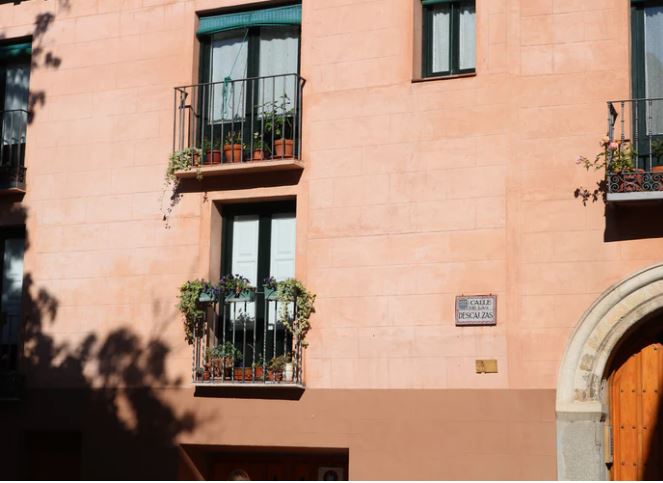 Since quitting my day job as a data scientist a little over a month ago, I have found the following daily schedule to be optimal for me:

From my experience, I only need to spend three to four hours each day doing important, deep work in order to make sufficient progress on the projects that are important to me.

I occasionally spend an additional one to two hours doing what I call “light work” like handling automation, responding to emails, doing administrative tasks, etc. On any given day, though, I rarely work for more than six total hours.

This brings up an interesting question: What is the optimal amount of time to spend working each day?

Defining the Optimal Amount of Time to Work

I define the “optimal” amount of time to spend working as the amount of time one can spend producing high-quality work without experiencing significant drops in productivity. Beyond this point, it’s likely that one is working just for the sake of appearing to be busy.

Of course, the optimal amount of time to spend working also depends on the field you’re in. For me, producing content for my websites is my primary form of deep work, and it’s tough to spend hours upon hours doing this type of creative work that demands complete mental focus and attention.

The sweet spot for me seems to be three to four hours. After that point, my attention starts drifting, I have trouble focusing, and I slowly turn into a squirrel who becomes distracted by any little movement out of the corner of my eye.

For the sake of simplicity, I’ll share some findings from research studies on work and productivity that focus mostly on what I call modern knowledge work, that is, work that involves solving challenging problems through writing code, creating designs, developing algorithms, thinking through strategies, brainstorming ideas, and producing original content.

Determining Optimal Work, According to Research

Research on the connection between time spent working and productivity has revealed some interesting findings.

The first study comes from The International Labour Office of Geneva and it sets the stage for the simple idea that working less can actually lead to increased productivity.

1. Reduce “excessively long” working weeks, which is defined as 48 hours per week or more.

2. Minimize the amount of required working on evenings and weekends.

3. Give individuals more flexibility over the time of day they work, based on their preferences and their personal situation.

By implementing these three strategies, firms can increase individual productivity in the following ways:

1. Increased Motivation: When workers know they don’t have to work excessively long hours, they’re more motivated to get their work done in a timely manner.

As evidence of the effectiveness of these three strategies, the following table shows the increased productivity of various nations, despite reductions in total working hours from 1870 to 1992:

The amount of time that the typical individual spends working has decreased dramatically over the years, yet productivity has gone through the roof.

All human beings have a natural circadian rhythm, which is the 24-hour cycle that governs our physiology. This cycle causes you to feel a certain level of wakefulness or tiredness around the same times each day.

The following image from Wikipedia offers a nice visual depiction of this rhythm: 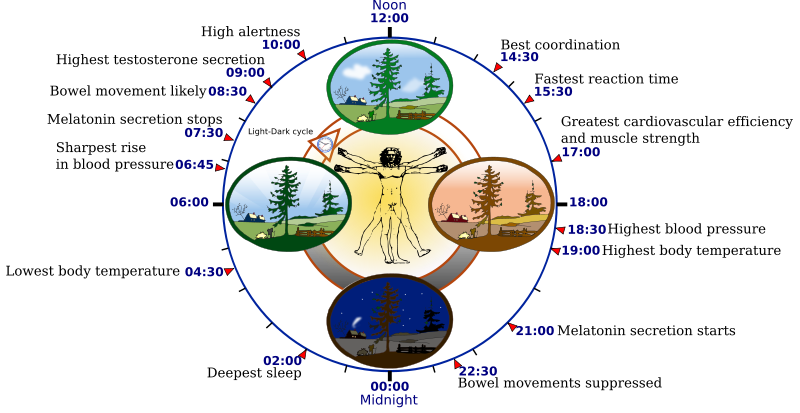 Because of this rhythm, your levels of highest energy (and thus productivity) occur at certain times of the day more than others. This is why an eight-hour workday doesn’t make sense. Your energy doesn’t remain at a constant level throughout the day, it fluctuates up and down.

So, the advice that you should wake up as early as possible to get a jump start on your day doesn’t actually make physiological sense for a lot of people. Based on your own circadian rhythm, you might be most productive during early afternoons or even later in the day.

The Physical and Social Benefits of Working Less

There are also physical and social benefits of working less than the traditional eight hours per day. In one study, researchers found that reducing the workday to six hours lead to reduced neck-shoulder and back pain, along with improved social lives:

There are some company-based interventions that have studied the effects of a reduction in workhours from 7 or more to 6 hours. In an intervention study among female health care workers, a decrease in workhours (to a 6-hour workday) resulted in improvements in the social life of the workers and in moderate improvements in well-being when the group was compared with a reference group with no changes in workhours.

In another study, a shift to 6-hour workdays was followed by a reduction of neck-shoulder and back pain in three separate organizations when fulltime payment of the workers was retained.

According to Anttila, the benefits of shorter workhours were the most apparent in regard to social life, but they also introduced some positive effects on the perceived stress of the workers.

In another study, researchers found that shorter workdays were associated with a reduced risk in musculoskeletal disorders:

The shortening of regular workdays from >7 hours to 6 hours may considerably reduce the prevalence of neck-shoulder pain among persons with physically demanding care work. The potential health benefits should encourage intervention studies also in other occupations with increased risk of work-related musculoskeletal disorders.

I’ve personally found that three to four hours of deep work per day is my sweet spot. Cal Newport, the author of Deep Work, happens to agree:

“I build my days around a core of carefully chosen deep work…Three to four hours a day, five days a week, of uninterrupted and carefully directed concentration, it turns out, can produce a lot of valuable output.” -Cal Newport, Deep Work

Newport defines deep work as work that has the following properties:

This type of work requires long stretches of unbroken concentration and focus. Thus, it makes sense that the max amount of time you can spend on this type of work each day tends to be about three to four hours.

Productivity researcher Anders Ericsson has also found that many of the top performers in various fields seem to max out at three to four hours per day of deep work.

He notes that financially independent writers “tend to write only 4 hours per day, leaving the rest of the day for rest and recuperation.”

He also found that the top violinists at a prestigious music college practiced, on average, 3.5 hours per day.

Check out his paper on Deliberate Practice if you’re interested in the details behind his research.

Research shows that the traditional eight-hour workday doesn’t make sense for optimal productivity, health, and happiness in life. In most cases, four hours of deep work per day is more than enough to make significant progress on any project over the long-term. Up to six hours per day might make sense for certain fields, but any longer than that is likely to lead to sharp decreases in productivity.

Sadly, most modern knowledge workers are stuck in work environments where eight to nine-hour workdays are the norm. As we saw in an earlier study, requiring individuals to work longer often means they just work at a slower pace, meaning increased hours doesn’t lead to increased output.

Just take a stroll through your own office around 4PM and notice how many people are on their phones or talking with coworkers. More than likely, very little deep work is being done at that time of day, yet individuals have to remain in the office late into the afternoon to maintain the illusion of busyness.

For me personally, quitting my job has given me the freedom to make significant progress on my own projects, despite working for just four to six hours per day. My productivity has skyrocketed since I no longer have to spend time commuting to and from work, getting ready for and unwinding from work, and spending utterly wasted time in meetings. I can focus purely on the work itself without getting bogged down by the standard Corporate America time-sucking activities.

In the world we live in today, the eight-hour workday makes no sense. Research has clearly revealed that three to four hours of deep work per day is all that’s needed to make significant progress on most types of modern knowledge work.