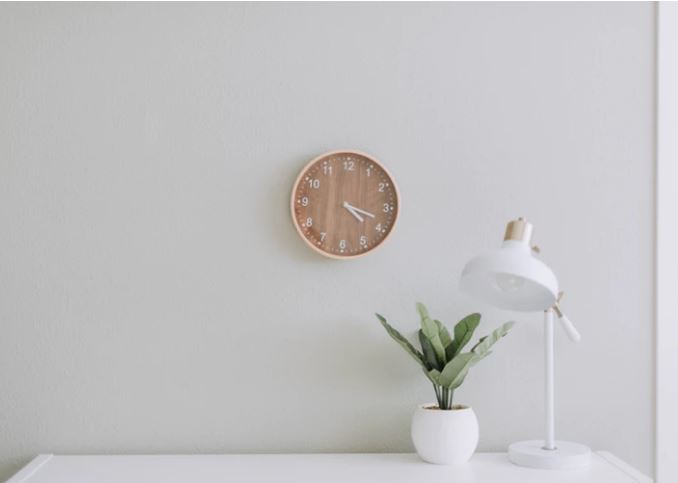 Here’s a look at  the average player age for each team last season:

It’s no secret that there are pros and cons to having older players on your team. On one hand, older players are more mature, more experienced, and are less likely to get rattled in high-pressure situations. On the other hand, they may be unable to keep up with younger, more athletic opponents.

If you had to guess, do you think teams with older players won more or less than teams with younger players last season? 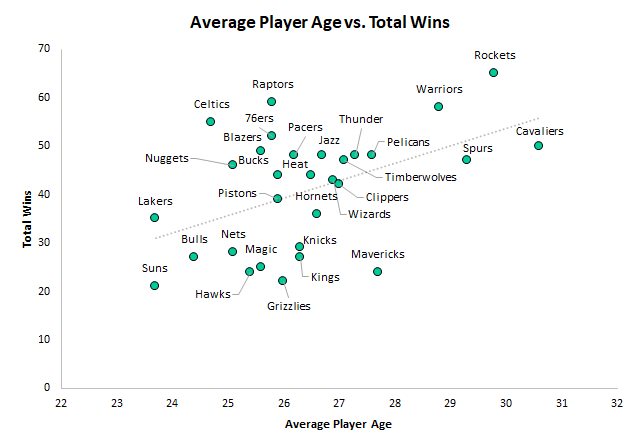 Of course, there were exceptions. For example, my beloved Dallas Mavericks had the fifth oldest team in the league last year, yet only won 24 out of 82 games. On the flip side, the Celtics had the fourth youngest team and managed to win an impressive 55 games: 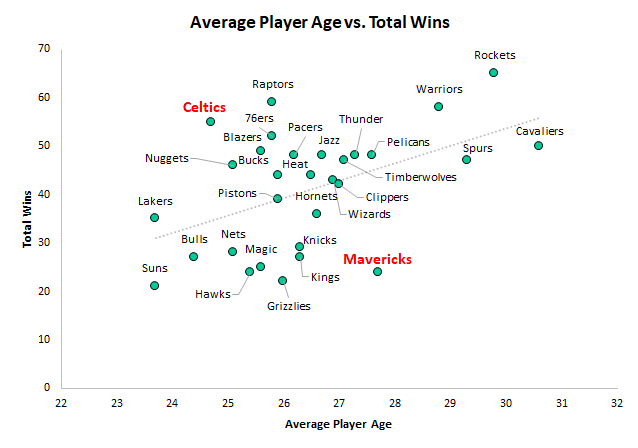 In addition to measuring the relationship between average player age and total team wins, we can find the correlation between other interesting variables too. For example, is average player age correlated with true shooting percentage and turnover rate?

Turnover rate: number of turnovers committed per 100 plays. You want this number to be low.

To answer this, I downloaded data on true shooting percentage and turnover rate and created what is known as a correlation matrix, which shows the correlation between different variables in a neat matrix:

A correlation matrix is a neat way to visualize data because you can easily understand the relationship between different variables just by looking at a matrix. And just like we can create this visual for NBA data, we can do the same with personal finance data.

In personal finance, some variables that impact your financial goals include net worth, age, education, experience, skills, income, expenses, investment returns, self awareness, and gratitude.

Using these variables, we can create a personal finance correlation matrix:

Note: the numbers in this matrix are purely made up, but are useful in illustrating a few concepts. 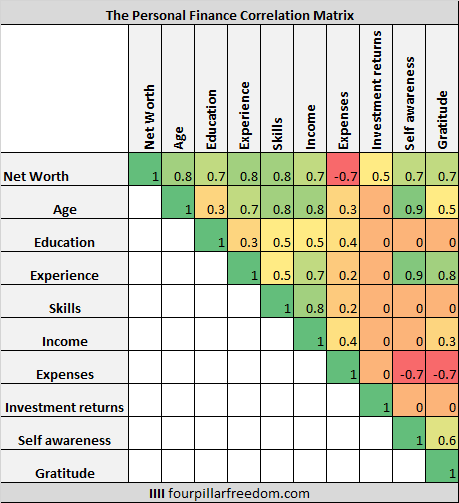 A few notes on this matrix: 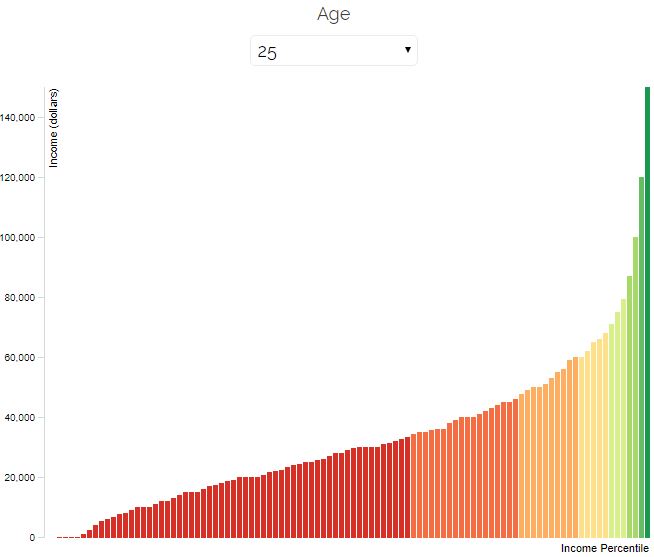 As you get older, your income tends to increase due to more education, more skills, and more experience, which allows you to charge more for your time and your work.

More self awareness is correlated with lower expenses. As Carl Richards wrote in The Behavior Gap,

“Whatever you have to do to gain self-knowledge, do it. Find out who you are and what you want. Then you can stop wasting your life energy and your money on stuff that doesn’t matter to you.”

When you know what activities bring you joy, what type of work gives you meaning, and what type of people give you energy, you can spend more time pursuing those things rather than wasting your energy and money on stuff that doesn’t matter.

More gratitude is also correlated with lower expenses. When you’re grateful for the things you already have – running water, electricity, shelter, food, a refrigerator, air conditioning, good health, family, and friends – you suddenly find that you don’t need to spend money on stuff to feel good. You likely already have everything you need.

And once you feel that you have everything you need, you suddenly feel rich. As Seneca once said:

Merely practicing gratitude won’t make you rich. Likewise, developing self-awareness won’t make you rich. Nor will an impressive skill set, a college degree, or a boatload of experience. But once you get several of the factors in the personal finance correlation matrix working in your favor, becoming rich almost becomes inevitable.