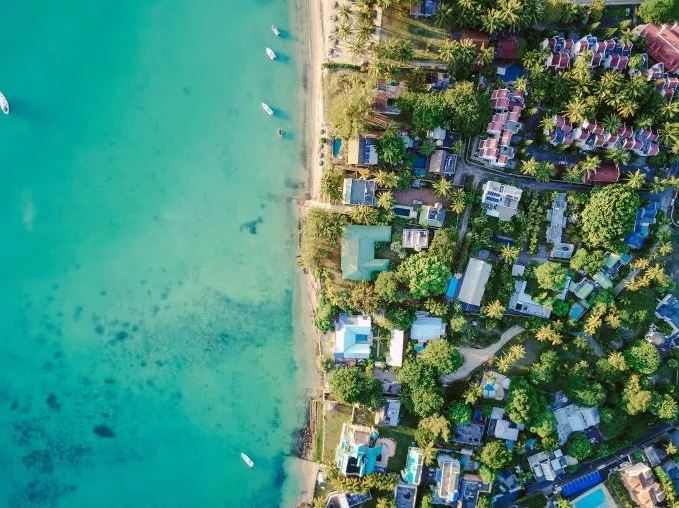 NOTE: All calculations below use inflation-adjusted annual S&P 500 returns 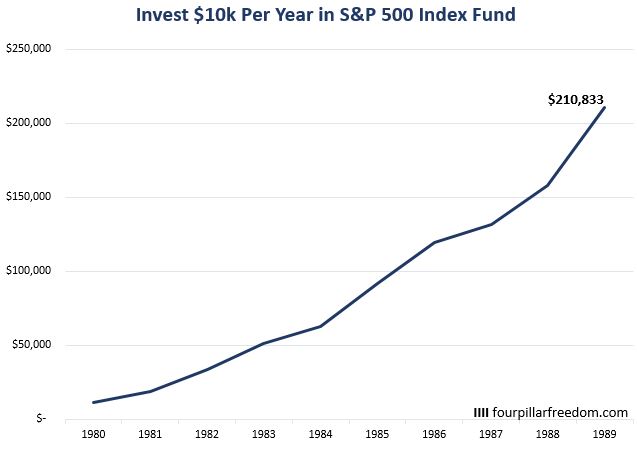 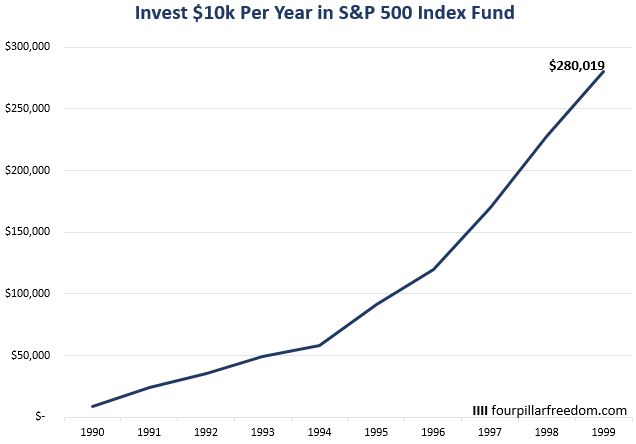 That’s $70,000 more through sheer luck from investing in a better decade of returns. 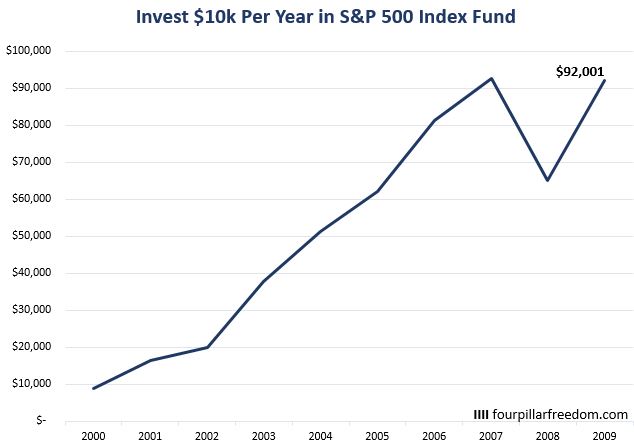 In a given decade, it’s terribly difficult to predict how the stock market will perform.

The strategy of investing $10k in an S&P 500 fund each year for a decade can result in wildly different ending amounts depending on the decade. 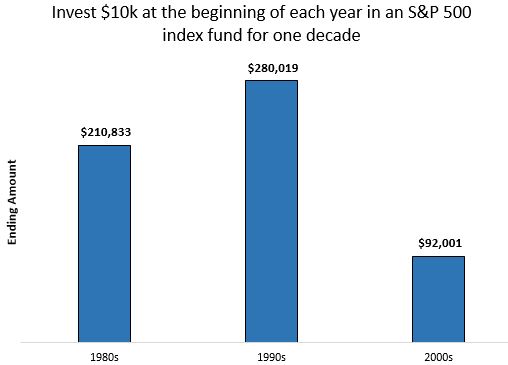 Fortunately, most investors experience more than one decade of market returns, so an awful decade like the 2000s can be offset by good returns in following years. 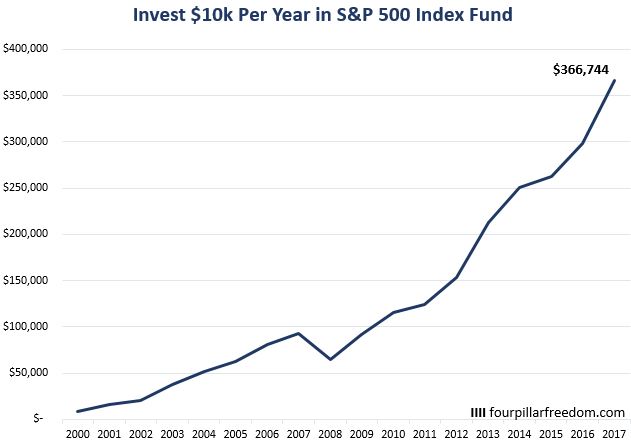 Their net worth would have nearly quadrupled in the eight years following the awful 2000-2009 stretch. 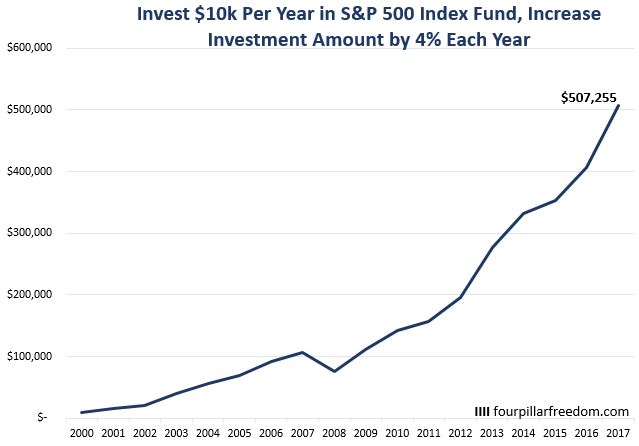 It’s fascinating to see how different investment horizons and contribution amounts performed during different time periods historically, which is why I built an Excel spreadsheet that lets you see how any investment in an S&P 500 index fund performed since 1928. 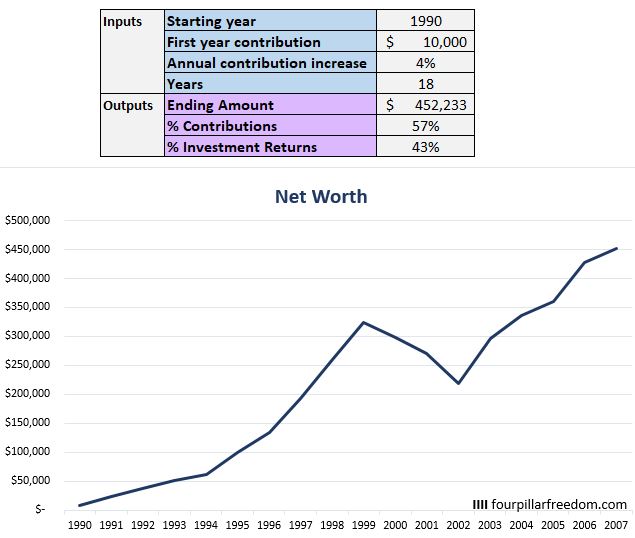 When you change the inputs, the outputs and the line chart update automatically.

The calculator assumes all investments are made in an S&P 500 index fund and uses historical inflation-adjusted annual returns dating back to 1928.

The first tab on the spreadsheet is titled “calculations”, which you can ignore unless you want to see what’s under the hood. The second tab, “dashboard”, is where you can safely change the inputs.

My favorite free financial tool I’ve been using since 2015 to manage my net worth is Personal Capital. Each month I use their free Investment Checkup tool and Retirement Planner to track my investments and ensure that I’m on the fast track to financial freedom.