Visualizing educational attainment and median income in all 3,000+ U.S. counties

To find out how these numbers vary across the country, I dug up the data for all 3,000+ U.S. counties. The scatterplot below shows the percentage of 25-year-olds in each county that have a bachelor's degree or higher as well as the median household income for each county.

There is a distinct positive relationship between these two variables. Counties with higher educational attainment tend to have higher household incomes.

Hover over individual circles to see the county names. Click and drag a box anywhere you'd like in the scatterplot to see the corresponding counties highlighted in the map below.

By using the scatterplot to filter on median household incomes of $80k or higher, we see two regions in the U.S. where these households are most prevalent. The first is along the northeast coast, starting from northern Virginia and extending up through northern Massachusetts. 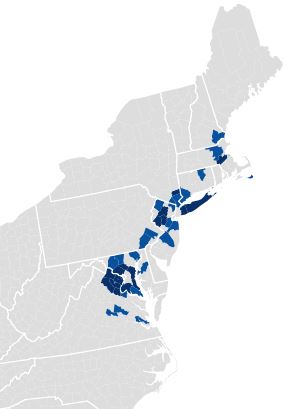 The second is, perhaps unsurprisingly, the Bay Area along California's coast. This area serves as home for many tech workers in Silicon Valley, which explains the above-average household incomes. 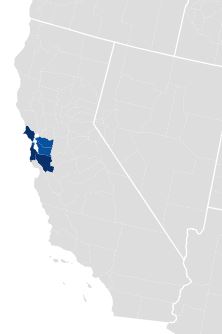 From the scatterplot we can see that higher educational attainment is associated with higher income. There are a few counties that buck this trend, though. If we filter on counties with less than 25% bachelor's degrees and higher than $55k median household incomes, we find a couple regions that stand out.

The first is North Dakota, which is sprinkled with counties that have household incomes above $55k. This region is home to many oil fields, which could explain the above-average incomes.

I did a quick search for jobs in "oil fields" on Indeed.com and found hundreds of job offerings in Williston, North Dakota, which is located in Williams County and has a median household income of $90,080. 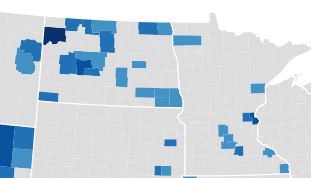 Alaska is another state filled with counties that have above-average income levels despite below-average education levels. The oil and fishing industry are likely the cause. In the fishing county of Aleutians West, for example, only 15.7% of all 25+ year-olds have at least a bachelor's degree, yet the median household income is over $86k per year. 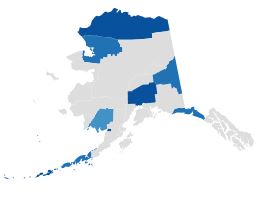 It's a bit mind-boggling to see how much education and income vary across the country. Median household incomes range all the way from $18k up to $125k. Likewise, the percentage of 25+ year-olds who have a bachelor's degree or higher ranges from 3% in some counties all the way up to 80% in others.

Feel free to explore the data further yourself by using the scatterplot to filter the counties. Both the scatterplot and the map are interactive, so hovering over individual circles or individual counties will reveal county name, educational attainment, and median household income for that particular county.

Technical Notes: I downloaded data for these visuals directly from the U.S. Census American FactFinder. I used D3.js, a JavaScript visualization library, to create the map and scatterplot. The idea for this article was inspired by this block from Chris Given.