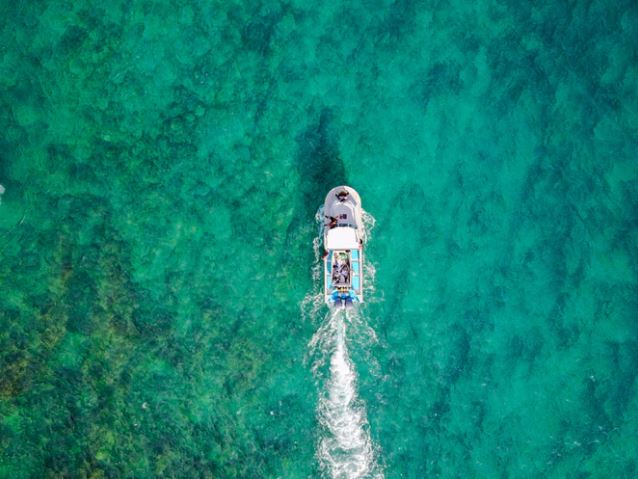 I recently stumbled across a fascinating chart created by economics professor Mark Perry that shows how the cost of certain goods and services, along with wages, have changed since 1998.

The chart shows that the costs of college tuition and college textbooks have increased by 183.8% and 183.6%, respectively, since 1998.

This isn’t exactly breaking news. Most of us are aware that college costs have been climbing consistently higher over the past couple decades. What is noteworthy, though, is that these rising prices are causing more people to question whether or not the benefits of college outweigh the costs.

I recently read an interesting article by Kristine Hayes, a biology department manager at a liberal arts college, in which she questioned whether or not more young adults will start deciding that four years of college simply isn’t a great investment.

Tuition rates at colleges continue to increase each year, with the average tuition and fees at a four-year private college currently averaging about $32,000 per year. The amount of debt students accrue during their college careers directly impacts their life for years to come.

Meanwhile, the cost of having equipment repaired, and having building maintenance performed, also continues to spiral upward. I recently needed to hire an instrument repairman to come to the college to fix a broken piece of equipment. Because there wasn’t anyone in my immediate area who possessed the necessary skills, I had to pay for someone to travel three hours to our location. The travel time was billed at $249 per hour, while the actual labor for the repair cost $349 an hour.

An obvious question: Will today’s young adults start weighing the cost of a college education against the handsome incomes available from some trade jobs—and decide four costly years at college aren’t a good investment?

As Kristine notes, there is a shortage of skills in trade jobs, which inherently means the incomes for these types of jobs can be appealing for many young people compared to spending four years and taking on a load of debt just to go to college.

Another option that could make financial sense for a lot of young people is to simply get an Associates degree in fields that are known to pay well. These degrees only take two years of schooling to obtain and several fields offer attractive wages.

The table below lists out these occupations along with their median annual income: 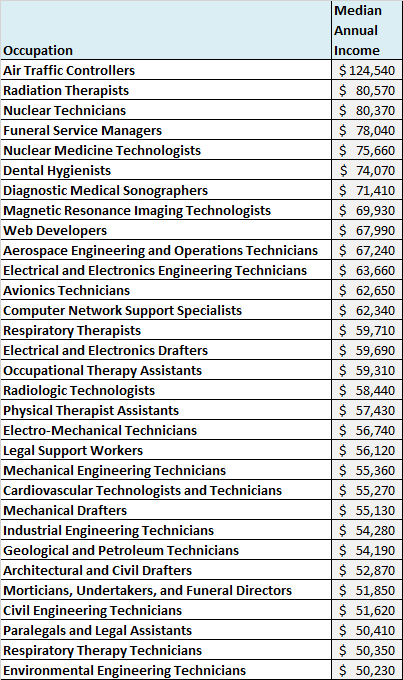 The following chart visualizes the median income of each occupation: 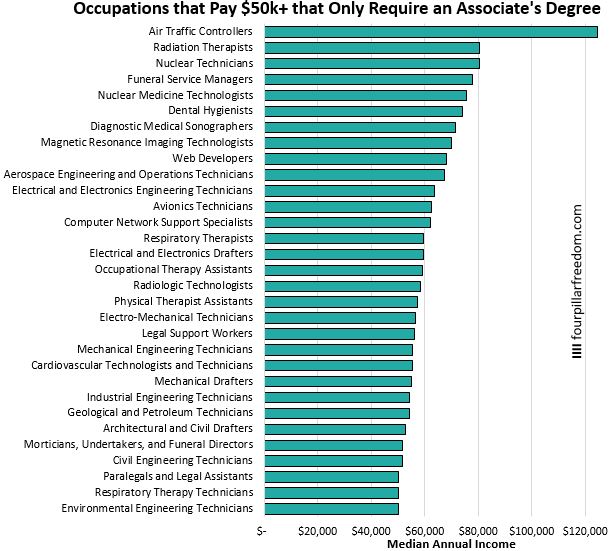 The one occupation that is a clear outlier is air traffic controller, which pays a median annual income of $124k. However, this occupation requires extensive on-the-job training, entry level salaries can often be even lower than $50k, and it can take several years of additional training and experience to actually reach the median annual income. 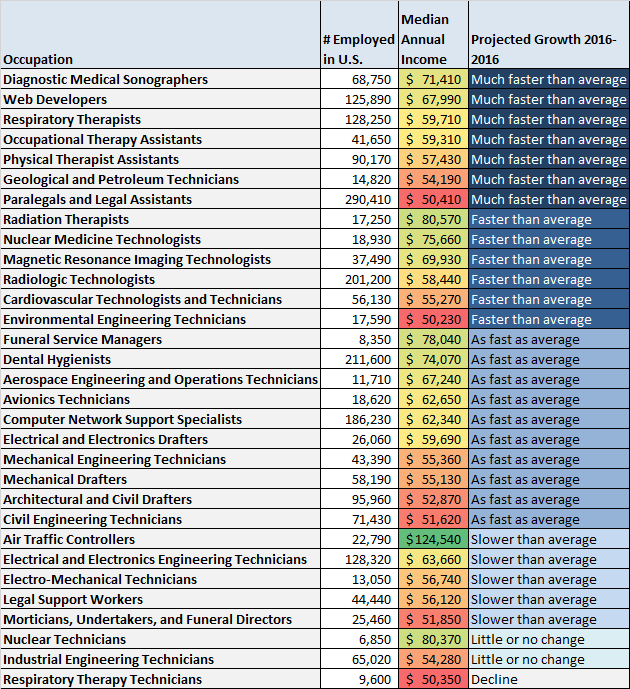 The following scatterplot shows the relationship between the number of people employed vs. the median annual income for each occupation: 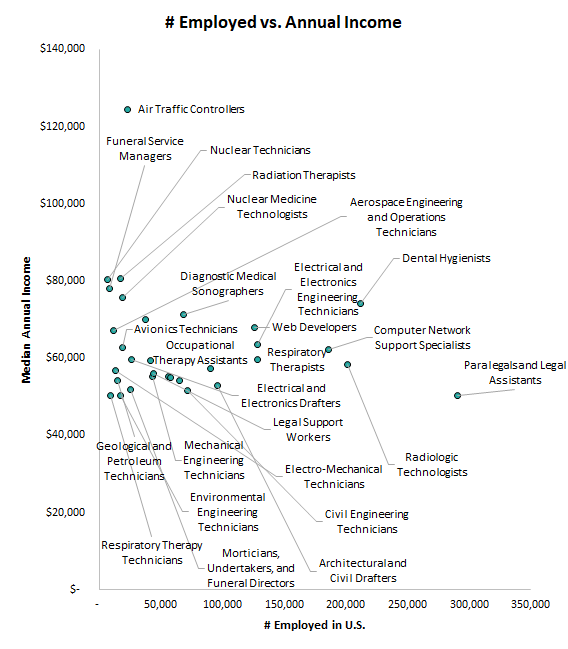 Paralegal and legal assistants is by far the most common occupation, with nearly 300,000 employed in the U.S. alone.

It’s interesting to see that many of the highest-paying occupations like air traffic controllers, funeral service managers, nuclear technicians, radiation therapists, and nuclear medicine technologists are all fairly uncommon occupations, with less than 20,000 people in each.

One occupation that pays fairly high and is also fairly common is dental hygienists, with over 200,000 people employed in this occupation and a median annual income of just over $74,000.

Another common occupation that pays well is web developers, with 125,000 people employed and a median annual income of nearly $68,000. The projected growth of this occupation is also listed as “much faster than average,” which isn’t much of a surprise considering the growth of the tech industry and a high demand for people who know how to code.

One of the biggest financial decisions young people (or anyone considering switching professions) have to make is whether or not to invest four or more years to get a bachelor’s degree or a higher degree from a college. With the rising cost of tuition, it can be hard to justify the burden of student loans for certain degrees.

It’s good to keep in mind that sometimes a two-year Associate’s degree can be enough to land a well-paying job that also has expected future growth.