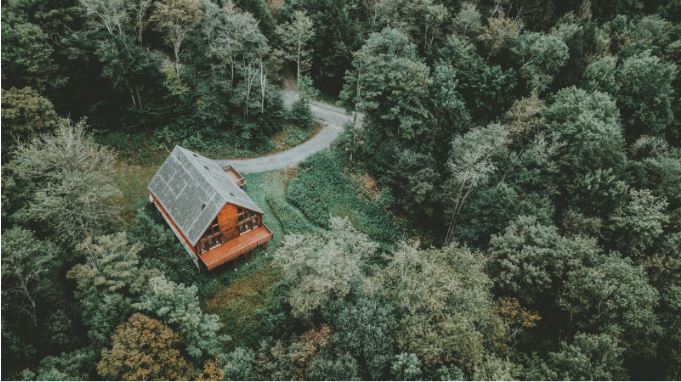 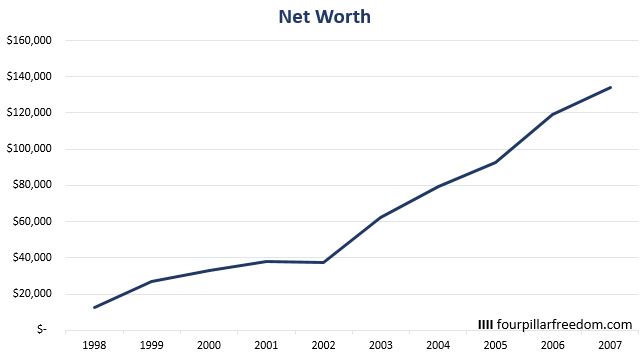 Doug didn’t stop there, though. 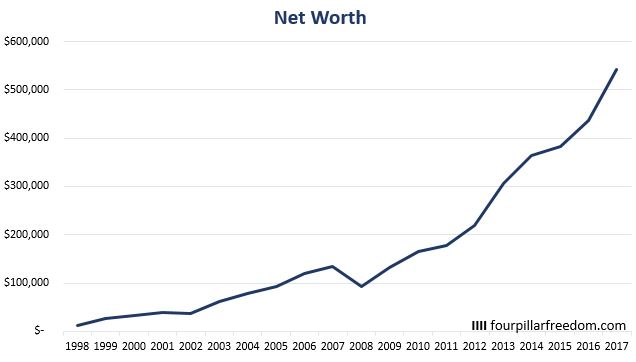 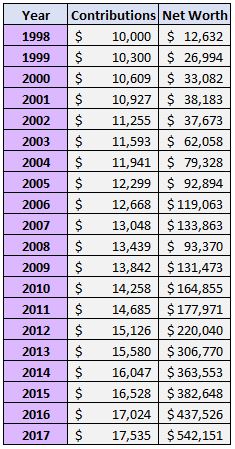 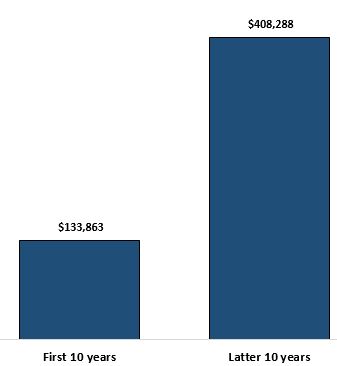 In other words, compound interest had an insane impact on the latter half of Doug’s net worth journey.

To see how compound interest impacted the latter half of 20-year net worth journeys during other time periods, check out the table below that shows the net worth growth of someone who invested $10,000 in the S&P 500 and increased their contributions by 3% per year for 20 years: 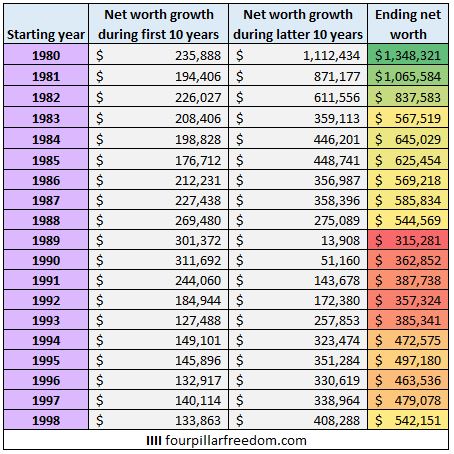 The net worth growth during the latter 10 years was higher than the first 10 years in all but four of the 19 time periods: 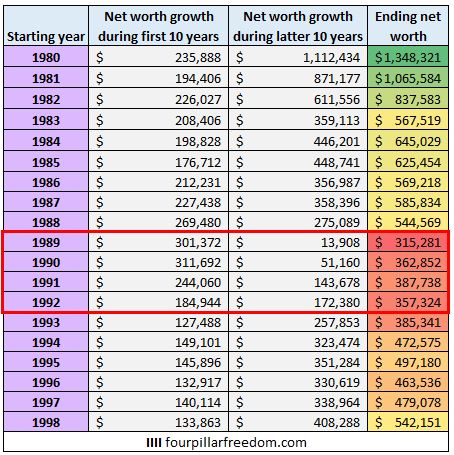 In the most extreme positive case, the latter 10 years accounted for 83% of net worth growth for someone who started investing in 1980.

In the most extreme negative case, the latter 10 years only accounted for 4% of net worth growth for someone who started investing in 1989: 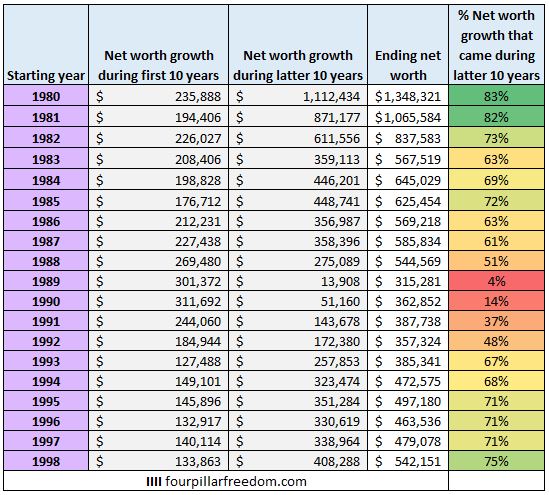 Here’s a visual look at what percentage of net worth growth came from the latter 10 years during different time periods: 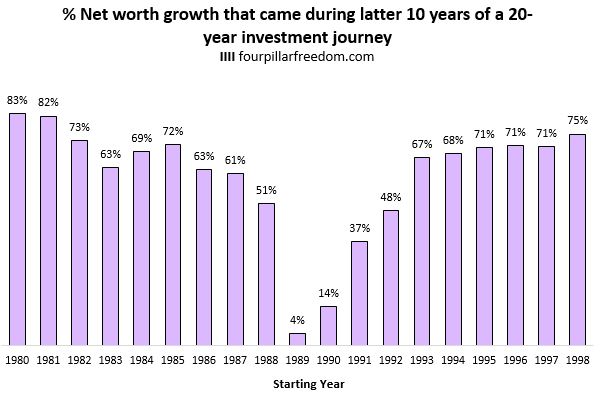 Notice that in most cases, the latter 10 years accounts for well over 50% of net worth growth during most 20-year investment periods.

This is good news for anyone who is in the first 10 years of their investment journey. In most cases, the road gets easier during the next 10 years and compound interest begins to flex its muscles more as time goes on.

To find out how other 20-year investment journeys played out, feel free to download the spreadsheet I used to run this analysis.

Within the spreadsheet you can change the starting year, the investment period (perhaps you want to look at 30-year periods instead), the contribution amount, and the annual contribution increase amount.