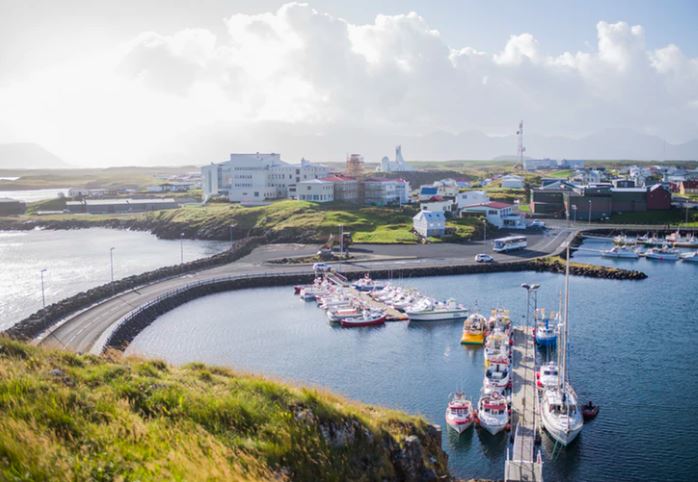 Last Saturday my sister called me at 8AM and asked what I was up to. When I told her I was at a coffee shop working on one of my websites, she jokingly responded: “Wow, the new boss doesn’t even let you have weekends off?”

The “new boss” she was referring to was myself, since she knew that I quit my day job last month.

I responded with some witty remark about how the new boss treats me like an 1880s railroad worker – I’m only allowed to stop working on Sundays for religious reasons or when it’s too dark to see my hand in front of my face.

While she was clearly joking, her question illuminated a real phenomenon that exists: Work is typically associated with drudgery and the weekends are associated with freedom from this drudgery.

That’s why she found it so strange, as do many people, that I would willingly go to a coffee shop early in the morning on a Saturday to do work. That’s when it really hit me that my current work situation is so unusual: My “work” feels like play to me.

“What Hours Do You Work?”

In my one month of being jobless, there’s one question that I’ve received from people more than any other that I did not expect to receive:

“So, like…since you work for yourself, what hours do you work?”

I respond by telling people that most mornings I work for three to four hours at a local coffee shop or at my own apartment. Then, I’ll take a break and either go to the gym, go for a walk, or hang out at the apartment pool. Later on, I might do another hour or two of light work before I call it a day.

Related: The Longer I’m Away From Corporate Life, the More Ridiculous a 9-5 Schedule Seems.

Some people find this strange. Most don’t exactly comprehend how my online businesses can make money even when I’m not actively working on them for eight hours each day.

My mom had a hilarious reaction when I showed up unannounced at my parents house on a Tuesday morning a couple weeks ago:

“Are you off the clock right now?”

I had to explain to her that I don’t actually clock “in” or “out” anymore. I can work as much or as little as I want each day. She smiled and nodded, but I don’t think she fully understood how that was possible.

On another occasion, I was playing basketball with my brother and his friends when one of them asked:

“So, like…how much vacation time do you get?”

I explained to him that I don’t get an allocated amount of “vacation time” each year. Nor do I get “sick days” or “health and wellness days.” I can technically go on vacation as much as I want and take as many days off as I’d like.

And just this past week, a close friend asked me:

“How do you motivate yourself to actually get work done without a boss?”

I shared that the work I do on my different websites doesn’t actually feel like work. It feels more like play, which probably explains why I don’t have to motivate myself on a daily basis to get shit done. I naturally wake up excited to work on my sites because it feels fun to me.

By answering these various questions, I’ve started to realize just how screwed up the traditional view of “work” has become in modern society. For most people, work is defined as:

That’s why it appears so unusual to most people that my work is more like:

When you do work you find meaningful on a schedule that makes sense for you, it doesn’t feel like work at all. It feels like play.

Sadly, modern society has turned “work” into something you do during during unnaturally long eight-hour blocks five days per week, with weekends and vacations serving as rest and relaxation periods.

I suspect that this is the reason why most people on the road to financial independence/early retirement believe that quitting work altogether is the key to living a good life.

After all, if your current happiness schedule looks like this:

Then it seems obvious that retiring and never working again would lead to a happiness schedule more like this:

And perhaps removing work entirely actually would bring some people lasting happiness. But for most people, this path seems sub-optimal for two reasons:

1. It takes a significant amount of time to save up enough money so that you can be financially independent.

To see just how long it will take to achieve financial independence (defined as having 25 times your annual expenses saved up) based on different levels of annual income and spending, check out the Financial Independence Grid:

Note: This grid assumes you start with $0, earn 5% annual investment returns, and invest the difference between your income and spending each year.

For someone who is able to save and invest 50% of their income each year, it will still take over 16 years to achieve financial independence. With a lower savings rate, it will take even longer.

Granted, 16 years is a much shorter time frame compared to the 40-year time horizon it takes most people to save for retirement, but 16 years still represents a huge chunk of your life.

This is the great paradox of early retirement: The type of person who can curate their lifestyle in such a way that they can save 50% or more of their income consistently year after year and achieve retirement at a young age is, in many cases, someone who possess serious drive and ambition.

Thus, more than likely this type of person would pursue projects in retirement that resemble work, which opens up the possibility that they could earn money from that type of work. The difference, of course, is that this type of “work” can be done on a schedule that makes sense for them, without the shitty aspects of a traditional job like commuting, doing performance reviews, sitting in pointless meetings, and wearing pants.

I suspect that, given the time and freedom, many people would be able to craft a situation that enables them to earn money doing work that feels like play.

This brings up an interesting question: If you could create a situation where your work feels like play, what is the point of ever retiring?

Sometimes it’s easy to forget that retirement is a human invention.

According to Wikipedia it was a concept invented by Otto Von Bismark in the late 1800s:

“In 1883, the Germanchancellor, Otto Von Bismarck, in a maneuver against Marxists who were burgeoning in power and popularity, announced that anyone over 65 years old would be forced to retire and that he would pay a pension to them.”

Then, as early as the 1940s, a new concept began to bubble into existence: early retirement. This concept proposed a new way to structure ones life: work for 10 to 20 years and save up enough money during this time to retire decades before the normal retirement age. And in recent years, early retirement has become more mainstream.

The main problem with the concept of retirement, though, is that it encourages moving away from work you hate. Of course this isn’t a terrible idea – it makes sense that you could improve your quality of life by removing something that is currently a thorn in your side. But something that is less discussed is the idea of moving towards work you love.

There are two main benefits of actually pursuing work you love, as opposed to just running away from work you hate:

1. You can quit your day job years before you are financially independent.

2. You can actually enhance your quality of life if you find fulfilling work.

One of my favorite real-life examples of someone who has found fulfilling work is Japanese chef Jiro Ono, who owns and operates his own sushi bar.

If you’ve never heard of Jiro Ono, I encourage you to watch the Netflix documentary “Jiro Dreams of Sushi.” Check out the trailer below:

At age 93, Ono still works full-time at his sushi bar because he feels so passionate about his work.

Personally I consider him to have an ideal situation:

He has built an incredible situation for himself: the ability to do work that feels like play. This is why retiring doesn’t make any sense for Ono. Quitting the work that he loves would actually decrease his quality of life.

I personally view Ono’s work and life as inspiration for my own. Rather than pursuing retirement, I believe it makes more sense to pursue work that I find so fulfilling and meaningful that retiring simply doesn’t makes sense.

For several years, I felt that the concept of early retirement was close to the right path for me to pursue, but that it lacked something. I knew that I wanted to spend as little time as humanly possible in a cubicle working for someone else, but it took a while for me to realize that quitting work altogether was not the solution.

Instead, the solution was to find work I found meaningful and start earning income from that type of work as soon as possible. I’m fortunate that I’ve been able to find that type of work in building and growing websites and that I now no longer need a full-time job to support my lifestyle.

If you’re on the path to early retirement yourself, I encourage you to start thinking about finding fulfilling work rather than attempting to hit some net worth number and never working again. It may take some experimentation, but I believe that there exists some type of work that feels like play for every individual out there.

You may be able to gain freedom in life much sooner than you think by simply reframing the way you think about work, money, and retirement.

On that note, I’ll leave you with one of my favorite quotes by Rosamund Stone Zander:

“Many circumstances that seem to block us in our daily lives may only appear to do so based on a framework of assumptions we carry with us. Draw a different frame around the same set of circumstances and new pathways come into view.” – Rosamund Stone Zander, The Art of Possibility