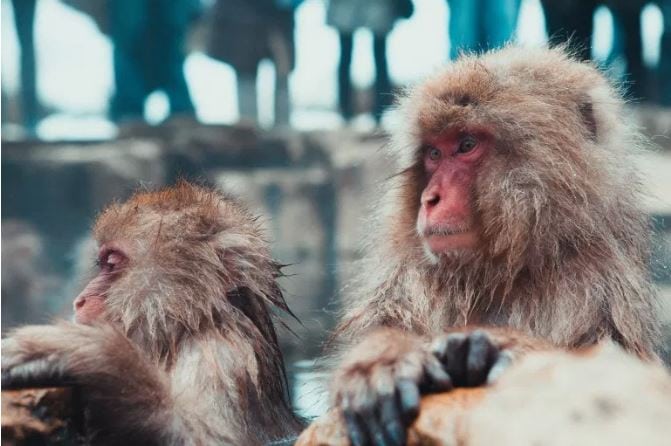 Imagine your income increases considerably compared to everyone around you. Would you feel better off? Most people would say yes.

Now imagine everyone around you experiences an increase in their income while yours remains the same. How would you feel? Most people would feel worse off.

This is the exact question economist Richard Easterlin attempted to answer in his research study titled Will raising the incomes of all increase the happiness of all?

Easterlin analyzed the findings from a national happiness survey conducted in the U.S. each year from 1972 to 1991. The survey asked people a simple question:

The percentage of people who responded “very happy” each year is shown here: 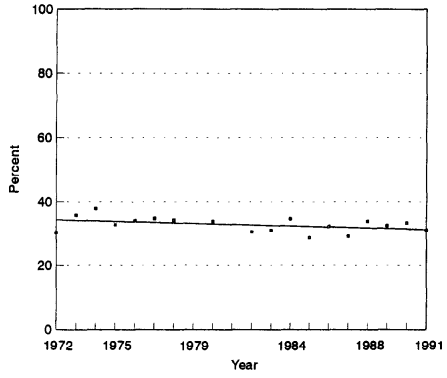 It’s obvious from the graph there was no significant change in the percentage of people who said they were “very happy” over this time period. There’s even a slight downward trend over the years.

What makes this finding especially shocking is when we look at how disposable income per person (the average amount of money each person has available to spend after paying income taxes) changed over this same time period: 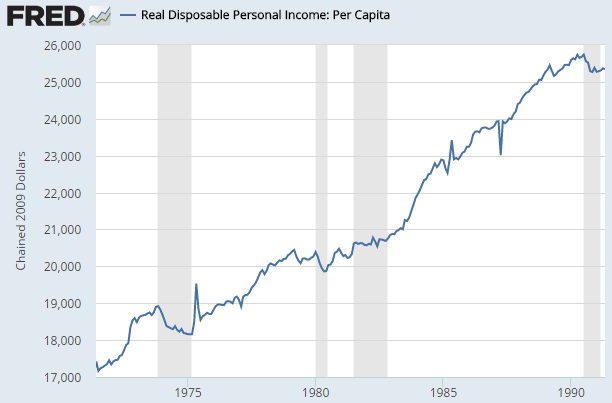 Disposable income rose by more than a third during this same time period. So even though people had far more money to spend on average in 1991 compared to 1972, there was no increase in overall happiness.

But this survey only looked at the United States. Maybe European countries displayed a different trend?

Easterlin examined the findings from a similar survey of nine different European countries during a similar time period (1973 – 1989). The percentage of people who said they were “very satisfied” with life each year is shown here: 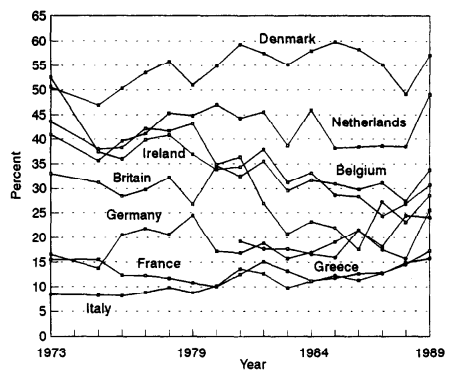 There’s no noticeable trend over the years. Just like the United States, most European countries experienced significant increases in income, but no change in overall happiness.

Easterlin notes that “The overall pattern, however, is clearly one of little or no trend in a period when real GDP per capita rises in all of these countries from 25 to 50 percent (OECD, 1992).”

Despite income increasing as much as half in some countries, there was still no noticeable increase in overall happiness.

But maybe the increase in income just wasn’t drastic enough in the U.S. and Europe. Maybe an even sharper increase in income was needed to make people happier. So Easterlin decided to look at an example of one of the most extreme increases in income over a short period of time in human history: Japan from 1958 to 1987.

In 1958, Japan was a crippled nation trying to bounce back from the devastation of World War II. Their economy was in the dumps and their future looked bleak. But over the next 30 years they made one of the most impressive transformations ever seen and experienced a five-fold increase in income per capita.

Easterlin states “Consumer durables such as electric washing machines, electric refrigerators, and television sets, found in few homes at the start of the period, became well-nigh universal, and car ownership soared from 1 to about 60 percent of households.”

Surely with all this economic prosperity, the nation must have experienced a huge increase in happiness, right? But a national happiness study conducted during this time period tells a different story. The mean satisfaction of people over the years is shown here: 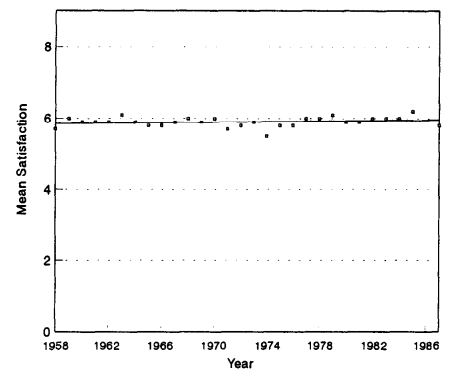 Yet again, the same trend shows up in Japan that we see in the U.S. and Europe. Despite massive increases in income, happiness levels remain stagnant.

So what gives? Why is it that when everyone in a country experiences an increase in income, everyone remains at relatively the same level of happiness?

Easterlin and his colleagues reached a simple conclusion to explain this phenomenon:

“Raising the incomes of all does not increase the happiness of all. This is because the material norms on which judgments of well-being are based increase in the same proportion as the actual income of the society.”

Another example of this can be seen from a study done in the U.S. by sociologist Lee Rainwater, when he found that “the income perceived as necessary to get along rose between 1950 and 1986 in the same proportion as actual per capita income.”

This means for a household that earns $100,000 per year, they may think $90,000 is needed to live well (90% of their income). But if their income increases to $200,000, they will perceive $180,000 as necessary income to live a good life (still 90% of their income. Financial Samurai does an excellent job of providing real numbers to an example like this in his article Scraping By On 500K A Year.

When considering why people are so quick to raise their standards of living, Karl Marx may have said it best:

“A house may be large or small; as long as the surrounding houses are equally small it satisfies all social demands for a dwelling. But if a palace rises beside the little house, the little house shrinks into a hut.”

Put another way: if a whole country lives in huts, everyone may be happy. But the moment a palace is built, the hut suddenly becomes insufficient. This leads to feelings of relative deprivation, which people often try to overcome through spending.

From these studies it’s pretty clear that raising the income of everyone in a country only leads to one result: increased wants. When everyone earns more, everyone believes they need more to live well. This is unfortunate in a time where most people in modern countries already have far more than they need to live a “good life”.

But all this economic prosperity over the last century is great news for people who are able to buck the trend of spending more as they earn more. Now is one of the best times in history to take advantage of the incredible quality of life we have available to us.

For the people who can maximize their earnings while not giving in to the norm of raising their standards as their paychecks increase, they will find tremendous freedom. And not just financial freedom. They’ll find freedom from excessive material wants and desires. They’ll find that a “good life” can be lived on far less than what society has deemed necessary to live well.

Will you break the norm?

I strongly suggest using free financial tools like Personal Capital to track your net worth, spending habits, and cash flow to help keep an eye on your money. The more you track your finances, the better you get at growing your wealth!

8 Replies to “Will Raising Everyone’s Income Make Everyone Happier?”